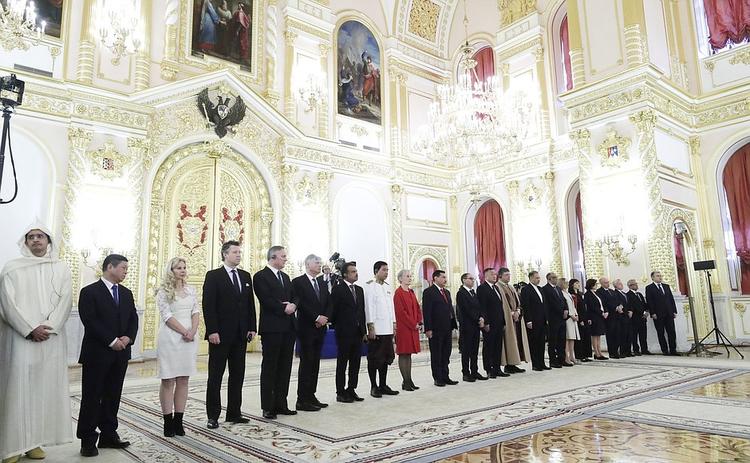 Ann Arbor (Informed Comment) – The Iraqi establishment is interested in strengthening its military cooperation with Russia, as Baghdad seeks an alternative to the United States military after Trump bombed Baghdad airport and killed a high ranking Iraqi military commander.

Al-Bawwaba reports that that the Chief of Staff of the Iraqi Army, Lieutenant General Othman al-Ghanmi met Thursday with the Russian ambassador in Baghdad, Maksim Maksimov, to explore coordination between the Iraqi and Russian militaries.

Both sides affirmed the importance of continued support for the Quadripartite Center for Exchange of Security Information (consisting of Iraq, Russia, Syria and Iran), given its great importance in the exchange of information and coordination for the sake of preventing infiltration and the return of ISIL terrorism, which had threatened the security and peace of the region. (China has also expressed interest in joining this Center).

Ghanmi emphasized during the meeting the position Russia had taken in the battles of liberation against the ISIL terrorists, by arming military forces with advanced weaponry, which played a major role in many battles. (This is a reference to Russian help to the Syrian Arab Army, which fought ISIL at Palmyra and elsewhere, though ISIL was never the primary target of Russia and Damascus.)

For his part, Maksimov praised the Iraqi armed forces for their role in safeguarding piece and stability in the region through its continued fight against ISIL remnants. He invited Ghanmi to Moscow to meet with his counterpart, Gen. Valery Gerasimov.

Meanwhile, Iraqi ambassador in Moscow, Abd al-Rahman al-Husaini, revealed that Iraqi president Barham Saleh intends to visit Russia as soon as a new government is formed by the just-appointed prime minister, Mohammed Allawi. After meetings at the Russian senate, al-Husaini said that he had spoken with Russian president Valdimir Putin, and Putin told him that Saleh would be welcome in Moscow the moment the new cabinet was approved. He said that Saleh’s planned visit had already been once postponed.

Putin had seen al-Husaini at a ceremony to welcome new foreign ambassadors to Moscow. Putin said it was important to support the sovereignty and security of Iraq:

“Russia and Iraq have accumulated a wealth of experience of mutually beneficial cooperation in many spheres, including the fuel and energy sector. Russia firmly stands for the preservation of Iraq’s sovereignty and territorial integrity and has helped to ensure Iraqi security. We believe that efforts towards internal political stability in Iraq should be taken within the framework of a broad national dialogue based on respect for the interests of all citizens, regardless of their ideological beliefs and ethnic and religious backgrounds.”

Putin’s use of the term “sovereignty” was likely a dig at the United States. After Trump rubbed out Gen. Abu Mahdi al-Mohandis, the commander of the Iraqi Kata’ib Hizbullah national guard, Iraqi politicians had vigorously protested the American violation of Iraqi sovereignty.

The Iraqi military needs air support in its mop-up operations against ISIL (ISIS, Daesh) in the north of the country, which has been provided by the United States since 2014. Given the demand by powerful Iraqi Popular Mobilization Forces that the US military be expelled from Iraq over the killing of their colleague, al-Mohandis, and of Iranian Gen. Qasem Soleimani, some Iraqi leaders are alleged to be considering bringing in the Russian Aerospace Forces to replace the US Air Force. Russian fighter jets have proved devastating to fundamentalist rebels in Syria, where Russia allied with the Baath government of Bashar al-Assad.

Former prime minister Adil Abdulmahdi, who was caretaker PM at the time of the American drone strike on Baghdad Airport, asked parliament to pass a decree obliging the executive to kick the US military out, which parliament promptly did, by a firm majority of 170 votes. Abdulmahdi, however, said that it was not his place to pursue the expulsion of the US, since he was only a caretaker prime minister.

Mohammed al-Allawi will now have to face this issue, and Saleh’s planned trip to Moscow may be part of the new government’s search for a replacement for the US Air Force.

Hassan al-Kaabi, the deputy speaker of the Iraqi parliament, called on Washington Thursday to accelerate its preparations to pull US troops out of Iraq, and to leave Iraq’s affairs to the Iraqis. Al-Kaabi was nominated to his position by the Sairun Party of prominent Shiite cleric Muqtada al-Sadr.

Al-Kaabi’s ire against the US was further provoked by secretary of state Mike Pompeo’s condemnation of the Iraqi security forces for violently repressing a demonstration in the holy city of Najaf on Wednesday, leaving dozens wounded and some dead.