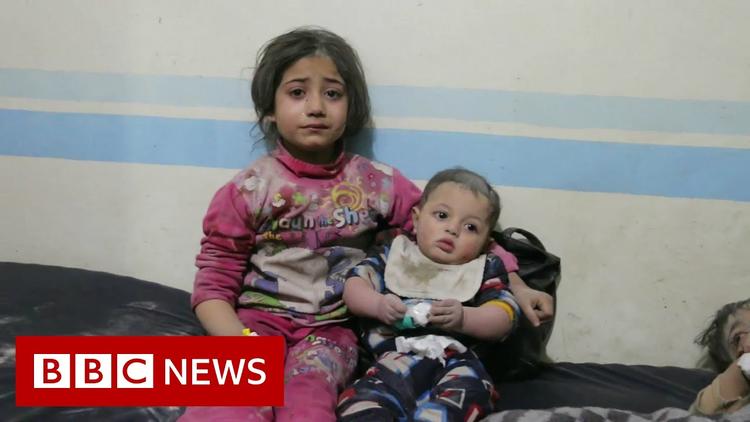 By Umut Korkut and Tarik Basbugoglu | –

The recent turn of events in Idlib, an opposition stronghold in north-western Syria undergoing bombardment by the Syrian military, has put Turkey in a difficult position. Since the end of January, Syrian regime forces have killed 13 Turkish soldiers who were monitoring a tense ceasefire in Idlib. It now looks like the Syrian army is gradually winning the battle for Idlib.

For the past few years, Turkey has played its alliances with Russia and the US interchangeably to affect the turn of events in northern Syria. Its goal is to protect its sphere of influence from both Kurdish rebels and the forces of the Syrian president, Bashar al-Assad. But Turkey lacks a long-term strategy to settle the humanitarian crisis in the Idlib province and the military crisis that its allies – the Syrian rebels – face.

Turkey is returning to the go-between role it played during the Cold War, when it sought to play the West off against Russia and vice versa. It is now looking to make short-term gains, mainly against the Kurds in Syria. But this is having drastic consequences for the people in the region.

Escalation of military conflict in Idlib

In 2017, Turkey, Russia and Iran established a trilateral mechanism to maintain stability in northern Syria. At a 2018 summit in the Russian resort of Sochi, the Turkish government promised to control the jihadist groups in Idlib and subsequently sent troops to observe the de-escalation of conflict between the Syrian regime and the jihadists.

In the latest developments, the Syrian army started military operation against the jihadist groups in Idlib, a province in north-western Syrian near the Turkish border, in December 2019. Some of the city’s residents fled to reach the safer zones on the Turkish-Syrian border. The advance of the Syrian army, supported by Russian war planes, worried the Turkish political elites who had sought to control Idlib province as buffer zone against the Assad regime’s forces.

Following the deaths of the Turkish soldiers in Idlib, the country’s president, Recep Tayyip Erdoğan, warned the Assad regime of heavy consequences if the Syrian army continued to shell Turkish troops there.

Despite the cosiness between the two authoritarian presidents, this time, Russia has not endorsed the Turkish position. In that sense, the Erdoğan administration is exploiting Russian apathy about Turkish incursions into Syria in the past few years.

While there has been a rapprochement between Turkey and Russia in recent years, Turkish politicians have made sure that Turkey has not disengaged with US over its Syrian policy either. In return, the US gave tacit approval to the Turkish invasion of northern Syria by pulling its soldiers away from the region in late 2019.

Russia argues that Turkey could not control the jihadist groups in Idlib, and so it in December 2019 it extended its support to the Syrian regime in its attack on Idlib. While Ankara remains adamant it does not want to clash directly with Russia due to ongoing energy and military cooperation projects, it is turning towards the US and its Western allies for support.

Stakes at play in Idlib province

Idlib has become a buffer zone between the EU, Turkey and the Syrian regimes in terms of the region’s refugee crisis.

Turkey already hosts over 4 million Syrian refugees. Conscious of the domestic political costs, the Erdoğan government has made it clear that Turkey cannot take any more refugees and has closed the border to stop any refugees coming across from Idlib. Nationalist parties in Turkey have encouraged Erdoğan to respond militarily to the Syrian regime.

In the immediate vicinity of the Turkish border, there are almost 2 million internally displaced Syrians. Following the recent clashes, around another 150,000 people moved towards the Turkish border. A spokesperson for Erdoğan’s Justice and Development Party said the Idlib crisis could unleash a major new migration crisis for Europe.

Both Turkey and Russia are using Syrian migrants as political and economic leverage against Europe. The Putin administration aims to force EU countries to recognise the Assad regime and to extend economic aid for reconstruction in return for halting refugee flows.

Looking to the US for support

Although Turkey and the US disagreed over the presence of Kurdish forces in north-eastern Syria, the two countries both had the Assad regime as their common enemy. Following the withdrawal of US troops from the north-east of Syria in late 2019, Turkey is now seeking US support to counteract a possible alliance between the Russian-backed Syrian regime and the Kurds in the region.

The US also needs Turkey to maintain its presence in Idlib. By doing so, it helps weaken the Assad regime’s position in the north-east, where there have been recent skirmishes between the Syrian military and US forces still deployed in the country to fight Islamic State. By supporting Turkey, a NATO ally, in Idlib, the US hopes Erdoğan’s government will distance itself from its growing security cooperation with Russia.

It’s no surprise that the US secretary of state, Mike Pompeo, offered his condolences to the families of Turkish soldiers who were killed by the regime. In a message spoken in Turkish, the US special envoy to Syria, James Jeffrey, also expressed US solidarity with Turkey against the Russian and Iranian backed-Assad regime.

Turkey has sought to align with both rival superpowers, the US and Russia, to protect its interests during the Syrian civil war. But as that war nears its end, Turkey risks clashing with the Assad regime in its bid to remain on Syrian territory.