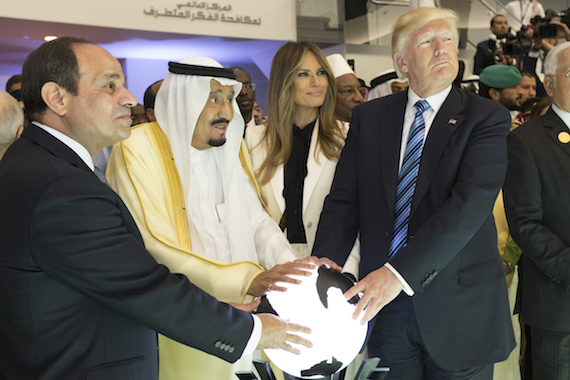 ( Middle East Monitor) – With its inherent connection to the religion of Islam as the Custodians of the Holy Mosques in Makkah and Madinah, Saudi Arabia’s origins and characteristics were reflected by US policy towards the Kingdom from its foundation. American missionaries based their efforts on providing social, health and educational services among a population which faced difficult economic conditions.

This was until the discovery in 1938 of huge oil reserves in the Arabian Peninsula, the resultant increase in income and the end of the poverty and suffering that missionaries used to serve their proselytisation. The discovery of oil caused a fundamental shift in US policy, which became based on oil, the strategic location of the Kingdom and religion.

Five years earlier, in May 1933, Standard Oil of California had obtained exploration rights for 60 years, covering a vast area of land in the eastern province of Saudi Arabia. It established the California Arabian Standard Oil Company which was joined by the Texas Oil Company in 1934; the name was then changed to Arabian American Oil Company, known ever since as ARAMCO.

Extensive exploration was carried out in the eastern Arabian Peninsula, without official government protection. The Second World War changed this situation, as ARAMCO operations shrunk dramatically due to the needs of the war effort and the existence of more important locations.

In 1943, the chiefs of staff of the US Army needed a new base in the Middle East somewhere between Cairo and Karachi, to help facilitate the war against Japan. They opted for the Saudi city of Dhahran, where Aramco’s wells and installations were already located. An American military mission arrived in Riyadh for several months to train the Saudi army.

One of Washington’s strategic approaches was to ensure that no other power, friendly or hostile, was able to interfere with Saudi oil resources. In August 1945, the US Army Corps of Engineers began work on an air base in Dhahran, adjacent to Aramco’s headquarters.

Towards the end of the war, US-Saudi relations reached new heights with a meeting between King Abdulaziz Ibn Saud and US President Theodore Roosevelt on 14 February, 1945. Six years later, a defence agreement was signed in Jeddah, in accordance with which the US leased Dhahran Air Force Base for a period of nine years from 1952 to 1963. The agreement also stipulated that the Kingdom would buy military equipment from the US, and that US advisers would train the Saudi Arabian Army.

This was the context within which the US arranged a set of principles in its policies with Saudi Arabia, based on preserving its sovereignty and independence, and securing oil supplies, which are of economic and strategic importance to the security and stability of the western world. Saudi oil is also used as a strategic stabilising factor, allowing the US to control its prices and use as a weapon against its oil producing opponents. This has been highlighted by the confrontation with the Russian Federation and Iran since 2002. The current oil confrontation between the US and Russia, and its main arena on Saudi soil, also falls within this context, along with America’s man in Riyadh, de facto ruler Crown Prince Mohammad Bin Salman.

The increasing importance of Saudi oil in US strategy has had several effects on the nature of the Kingdom’s foreign policy, as it became one of the regional governments most affected by international changes. The relationship between Riyadh and Washington was always one of management and guidance, given the latter’s actual control over the Kingdom’s foreign positions and decisions as a tool of US foreign policy.

We can say that what Bin Salman is doing is not the work of an ambitious individual seeking power. He has no issue about doing whatever the US dictates to him because his role is part of an extended American strategy to confront all of the Kingdom’s rulers, albeit in various degrees depending on who is on the throne. It also varies depending on the Saudi monarchs’ ability to deal with the US administrations and their willingness to implement fully whatever is dictated to them. The ideal model for this can be seen in the current example set by Mohammad Bin Salman.

This article was translated from Al-Araby Al-Jadid, 26 March 2020