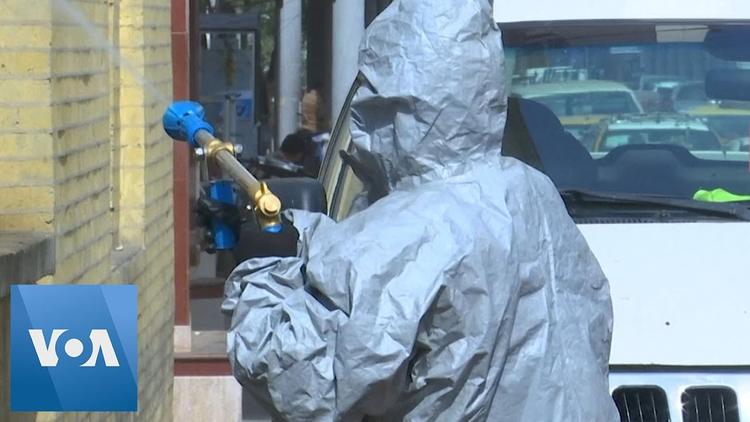 Detroit (Special to Informed Comment) – Iraq has endured decades of destabilizing political and military turbulence that has threatened its survivability as a nation-state. Its political infrastructure has been coopted by sectarianism and horrendous levels of corruption, its military is weak and disoriented, the country has endured years of war, occupation, terrorism, and civil strife, and militias have become so influential and powerful, they have forced the state to capitulate to their aspirations, resulting in the allocation of more than $2 billion in the country’s 2019 budget to arm, train, and pay its fighters.

The one-time, multicultural Middle Eastern society that was home to a rich tapestry of various ethnic, linguistic, and religious communities that once saw some measure of cohesion in their Iraqi national identity has largely disappeared. Sectarian militias have assumed control over much of Iraq’s internal security while simultaneously running organized crime networks who continue to impose their will on communities under their control. Additionally, American, Iranian, and Turkish troops continue to engage in military operations within the country’s borders, shattering the illusion of Iraqi sovereignty.

Christians continue to live in fear and are still subjected to mistreatment at the hands of powerful militias (Iraqi towns and cities like Baghdad and Bartella have seen demographic re-engineering leading to the systematic displacement and ousting of Christian communities), tensions and suspicions between Sunni and Shi’ite Arabs persist, the youth-based ‘Tishreen Revolution’ against the Iraqi government starting in October of 2019 led to the death of 600 protestors and 25,000 wounded by state security and militias, the Islamic State has re-grouped and continues to launch guerilla attacks across the country, the U.S. continues to battle ISIS terrorists under ‘Operation Inherent Resolve’, while Iranian military leadership continues to shape Iraq’s domestic security policies.

More recently, pro-Iran, Iraqi militias (including Kata’ib Hezbollah and Asaib ahl al-Haqq) have attacked American military targets inside the country which has prompted retaliatory U.S. airstrikes. In January U.S. forces killed the top Iranian general in charge of clandestine military operations in Iraq (Maj.-Gen Qassem Soleimani, head of the Quds Force in Iran’s Islamic Revolutionary Guard Command Corp) as well as former deputy chief of the Popular Mobilization Forces Abu Mahdi al-Muhandis (an Iraqi), the Turkish Air Force continues to bombard P.K.K. targets in the north of the country, female social media influencers who refuse to abide by the patriarchal order and the hyper-conservative religious sensibilities of militiamen continue to be murdered, activists and journalists critical of the regime or the militias are being killed, while Iraqi Kurdistan, which is home to nearly 20% of Iraq’s total population continues to implement discriminatory residency practices against Arabs. In Baghdad, the Iraqi parliament has called for the expulsion of American forces there and Basra, the nation’s economic capital, suffers from power outages, poor medical capabilities, and high levels of corruption and mismanagement that have led to protests and assaults on local leadership.

While it is clear from a reading of the social, military, and political landscape in Iraq that the nation is fractured, fledgling and failing in a multitude of ways, one of the less-discussed aspects of Iraq and Iraqi society is its population’s general welfare and collective health. Persistent and perpetual warfare and conflict, the targeting of medical professionals, an inefficient bureaucracy, an abundance of corruption, outmoded laws that govern the Iraqi healthcare system, a defective judiciary, administrative incompetence, a shortage of doctors and nurses, and a lack of funds dedicated to the public health sector in most parts of the country have created a dismal and even horrendous medical outlook for Iraq’s population. Last year (in 2019), only 2.5%, a tiny sliver of Iraq’s $106.5 billion annual budget, was designated for the Ministry of Health (compared to the U.S. which allocates about 17.8% of its GDP towards healthcare). This pathetic number even paled in comparison to other poorer, Middle Eastern nations. For 2020, Iraq’s projected average life expectancy is about 70.65 (for males, it’s about 68.33 according to the Population Division of the Department of Economic and Social Affairs of the United Nations Secretariat) compared to far poorer, neighboring Jordan where life expectancy is almost 73 years.

Further affecting the general welfare of Iraq’s body politic is that in the past seventeen years, medical professionals have been subjected to extortion, torture, assaults, and murder at the hands of individuals, militias, gangs, tribes, and terror groups for various reasons. Acts of violence committed against doctors are sometimes politically motivated (revenge killings for providing medical care to those perceived as enemies), financially-driven (extortion), sectarian-based (killing medical health professionals belonging to a religious community or sect deemed subversive to their own), or are the result of dissatisfaction with treatment received (i.e. complaints about doctors not prescribing certain kinds of medications that the patient demanded, providing types of treatment that the patient does not like, and/or blaming doctors for patient deaths). Iraq’s medical association reported that since 2003, the year the Ba’ath regime fell to American troops, at least 320 doctors have been killed and thousands more have been kidnapped, assaulted, and/or threatened in that time.

The systematic assault on doctors and other medical practitioners has had profound and dire consequences for the collective health of Iraq’s citizenry. Included in the top ten leading causes of death in Iraq are coronary heart disease, war, stroke, violence and diabetes according to a 2020 Reuters Special Report. There continues to be a gross shortage of drugs, nurses and other medical staff (Iraq has less nurses per capita than the far poorer Arab countries of Jordan and Tunisia, even), and doctors. Iraq’s former Minister of Health, Alaa Alwan, reported that in 2018, Iraq either completely lacked or suffered shortages of more than 85% of essential medications, thus creating the conditions for a serious medical crisis as well as a decline in average life expectancy rates. The nation is also ill-equipped to provide sufficient mental health services. Considering that hundreds of thousands of Iraqi civilians have died between the 2003-2011 U.S. war and occupation of the country, the 2006-2008 First Civil War, and the 2014-2017 Second Civil War (ISIS conquests), mental health programs would be of great utility in dealing with the psychological trauma associated with perpetual conflict and loss. Unfortunately, that is not the reality there. Mental health professionals are sparse, along the lines of ~1 mental health specialist per one million people in a nation of forty million.

To put it mildly, Iraq’s healthcare system is in utter shambles and doctors have continued to flee the country en masse, leaving a nation that has been dominated by decades of relentless violence and war, bereft of critical medical expertise. On top of that, the spread of COVID-19 (the highly contagious Coronavirus Disease that has infected more than 180,000 worldwide and killed more than 7,000) will put even further strains on Iraq’s already abysmal healthcare system that cannot even cope with its current load of ill people. As of March 16, Iraqi doctors have confirmed 133 cases of COVID-19 and 10 deaths.

In the autonomous province in the north, the Kurdistan Regional Government has imposed curfews and quarantines to prevent people from spreading it further while neighboring Iran, which Iraq has deep, intimate diplomatic, economic, cultural, religious, military and political ties to, is undergoing a massive outbreak of the disease with 14,991 cases and 853 deaths (numbers that continue to rise at rapid rates). Members of Iran’s own leadership have even died from the illness in recent weeks and the fear that cross-border interactions will boost the number of infected patients in Iraq has the population panicking. COVID-19’s expeditious encroachment on weary and exhausted Iraqis will likely reap havoc across the crippled country, subjecting its people to additional misery in the middle of a period ripe with uncertainty, anarchy, and persistent bloodshed.

Most Iraqis today have endured a lifetime of unyielding and incessant violence and destruction and, in 2020, in the midst of social rupture, internecine conflict, and with a blighted and deplorable health system, Iraqis now have to grapple with a rapidly spreading coronavirus that will likely kill hundreds, if not thousands or more, over the next several months. The Iraqi State- a political project birthed by British colonialism and a modern, bona fide dystopia, is now terminal- facing its own mortality and grappling with the prospects of a slow but almost certain demise.