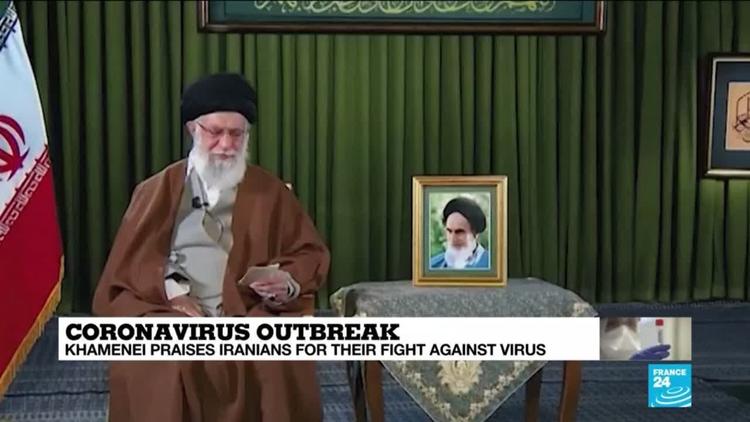 Ann Arbor (Informed Comment) – Trump and his cronies in the GOP got high-level, frantic briefings from US intelligence in January and February that the coronavirus would produce a major pandemic and send the US economy into a tailspin. That would have been the time to order test kits (rather than having Jared Kushner futz around with failing to make them) and to order factories to switch to producing respirators and masks, and to begin large-scale testing and contact tracing. Trump is reported to have refused to swing into action when it would have done some good, reportedly on the grounds that he did not want to send the stock market plummeting since it would hurt his reelection prospects. And, apparently, the sociopaths around him did nothing to push back successfully against this epochal selfishness and complete irresponsibility, which will kill hundreds of thousands if not millions. The head of the Senate Intelligence Committee, Richard Burr, played down the seriousness of the situation for the marks in the public while selling off $1.7 million in his own stock. The good Lord knows what Trump did behind the scenes. In public, he kept saying the coronavirus was just like the flu, there were only a few cases, it was going to disappear.

In recent days Trump has begun claiming that he all along saw Covid-19 as a dire threat and swung into action, and did everything possible, and besides, the virus is from China— as if his casual racism excused his two and a half months of fiddling while Rome burned. And when NBC’s Peter Alexander asked him what he had to say to the American people about the pandemic (a softball question), Trump went off on him as a terrible reporter and tried to pretend that reporting factually on his months of inaction had been a smear.

In his New Year’s message, the “august Leader” of Iran, Ayatollah Ali Khamenei, tried to pull the same b.s. He and his government also dawdled around in January and February, just as Trump did. They had good lines of communication with China and so were well aware of the problem as of December, but did nothing. Rather, they did worse than nothing. They took steps that were pro-pandemic, holding parliamentary elections and then, on February 1, massive public rallies on the 41st anniversary of the Islamic Revolution that brought the Shiite clerics to power. Many clerics insisted on preaching to large crowds and encouraging pilgrimage to shrines until last week. Having a government that is a theocracy, run by people better trained in the minutiae of theology than in science, can be a drawback (there is some of that in Trump’s inner circle, as well). Many claimed that you couldn’t get sick going to a shrine to a holy figure, since the blessings would ward off the virus. In reality, not so much. Many high Iranian government figures have been stricken with the virus, and many have died, including an ayatollah on the powerful Expediency Council and figures in the executive and legislative branches. Only last Monday were some major shrines finally closed.

In his speech on Saturday, Khamenei urged the public to be patient with the new curfews just now put in place, in the country in the Middle East with the worst outbreak.

Khamenei said, in response to Trump administration offers to help with the pandemic,

“The Americans are talking about an astonishing thing, because first of all they are confronting a severe shortage of medicines and disease-prevention equipment at home and some of their officials have spoken frankly about of these horrific shortages, so therefore let them send them to their own people if they can.

Second, when Americans are accused of producing the virus, which wise person will accept help from this country?”

Americans cannot be trusted, because they may send in drugs that make the virus more prevalent or persistent in Iran, or may even send people as diagnosticians just to see the effect of the virus, of which a strain is said only to affect Iranians, so as to complete their intelligence on it, and to increase their enmity. Thus, the Americans are unacceptable.”

Khamenei is in the grip of a false conspiracy theory that the US manufactured the novel coronavirus (no one did, it was a cross-species contamination), and his fear that US medical aid would be a front for biological warfare on Iran is probably overblown (though Americans did once upon a time give blankets infected with small pox to American Indians).

On the other hand, the malevolence of the Trump administration toward ordinary noncombatant Iranians is in fact monstrous. Trump has imposed a financial and economic blockade on Iran. If a European firm were to sell Iran testing kits for the virus, the US Treasury Department would slap heavy fines on this third party. The administration has actually crowed that the pandemic would not get Iran out of Trump economic strangulation. Note that this economic war on Iran was never declared by Congress, and is opposed by the UN Security Council and by the European Union. It is just the whim of one man, Trump, with no warrant in international law. If Iranians die for lack of respirators and testing kits, I’d say Trump administration officials at OFAC in the Treasury Department have made themselves war criminals.

So, yes, Khamenei is spouting false conspiracy theories in batting away Trump’s proffer of help. But no, it isn’t unreasonable for Iranians to feel as though Washington is trying to kill them. It is.

And, those anti-Iran warmongers in the US who decry Khamenei’s speech are hypocrites if they cannot see how much it resembles Trump’s own crazed ramblings.

France 24 English: “Coronavirus: On the first day of Nowruz, Khamenei praises Iranians for their fight against virus”