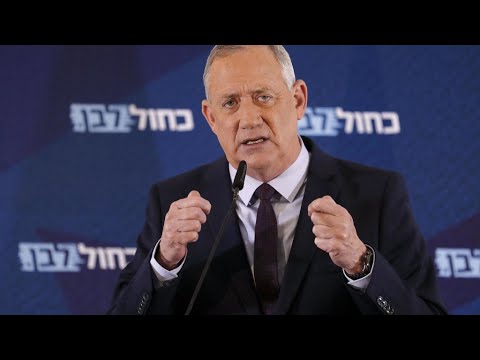 Ann Arbor (Informed Comment) – Josef Federman at AP reports that Israeli president Reuven Rivlin will offer Benny Gantz, the leader of the Blue and White Coalition, first crack at forming a government, sidelining indicted Likud leader Binyamin Netanyahu. Netanyahu faces a corruption trial, but it has been postponed to May because of the coronavirus outbreak. Gantz argued that Rivlin should avoid naming Netanyahu because it would be corrupt for a prime minister-designate to be under indictment.

What is remarkable and historic about this move is that it likely would not have happened without the intervention of the Palestinian-Israelis and their “Joint List.” Some 20 percent of Israel’s population is of Palestinian heritage. They are variously called the “Palestinians of 1948” or “Israeli-Arabs.” But calling them “Arabs” is to erase their specific Palestinian identity, to which they often object. I propose calling them Palestinian-Israelis, on the model of Italian-Americans (we don’t insist on calling the latter “European-Americans.”)

In Israel’s most recent election, the largely Palestinian-Israeli Joint List, led by Ayman Odeh, won an unprecedented 15 seats in the 120-member Israeli Knesset or parliament. The virulent racism against them of the Israeli Right has gradually convinced more of them to vote in Israeli elections, despite being second-class citizens. If they all came out to vote, they could potentially get as many as 24 seats. Odeh’s charismatic and vigorous leadership has led them to their current political relevance.

After the recent election, Odeh tweeted at caretaker prime minister Netanyahu, who dismissed Palestinian-Israelis as “terrorists,”

All of a sudden, Odeh looks prescient.

The far right Likud and its coalition parties gained 58 seats in the recent election, but Likud by itself only won 36 seats. A coalition needs 61 to form a government, and Netanyahu was unable to find even three other MKs (members of the Knesset) who didn’t gag at the sight of him.

The Center-Right Blue and White won 33 seats. But the center-left Labor-Meretz coalition has another 7, taking a possible alliance to 40.

The wild cards included far-right secularist Avigdor Lieberman’s Yisrael Beitenu or Israel Our Home Party, which is largely made up of the 1990s immigrants from the former Soviet Bloc. They despise the religious parties, such as Shas, that form a part of the Likud coalition, and Lieberman himself hates Netanyahu with all the the passion of a Moldovan former nightclub bouncer. Yisrael Beitenu gained only 7 seats. It was clear that the party would not join with Likud.

The other wild card was the Joint List, with its 15 seats. No one in Israeli politics even considered allowing it to join as a formal coalition partner and be given cabinet seats. I pointed out after the recent election that one way to break the deadlock

“would be for Blue and White to bring the Joint List into the government and give the Palestinian-Israelis a couple of innocuous cabinet seats. Israeli racialist supremacism, however, makes it impossible for any Jewish political party to cross that color line. This is true even though Palestinian-Israelis (what are called in the Israeli press “Israeli Arabs” or the “Arabs of 1948”) comprise over 20 percent of the population of Israel. It would be like asking white politicians in Mississippi in 1950 to bring African-Americans in the governor’s cabinet. Or it would be like asking the Apartheid government of South Africa in the same era to enfranchise Black Africans, whom they viewed as terrorists.”

But another solution would be for Gantz to form a minority government, but to accept the tacit approval of the Joint List.

On Sunday, Lieberman told President Rivlin that Yisrael Beitenu was ready to support a Blue and White government.

And on Sunday, the Joint List told Rivlin the same thing.

Rivlin thinks that the very best thing would be a Jewish national unity government, a cohabitation of Gantz and Netanyahu. But everyone outside the Likud just can’t stand Netanyahu and won’t sit in government with him.

So Rivlin, seeking to avoid a rather comical fourth parliamentary election with no clear outcome, acquiesced and on Monday will ask Gantz to try to form a government.

In parliamentary systems, a prime minister needs a simple majority of parliament to rule. If on an important legislative or policy measure she or he fails to get a majority (61 votes in the Israeli Knesset), the government would fall and new elections would be held.

There are 62 seats that are not locked up by the Likud coalition around Netanyahu, and so theoretically Gantz can indeed form a government.

Here’s the twist. He can only hope to avoid a vote of no confidence going forward if the Palestinian-Israeli Joint List tacitly supports him.

Rivlin and Gantz, in just entertaining this scenario, have turned Israeli politics upside down.

A recent opinion poll shows that 61 percent of Israelis oppose the idea of Gantz forming a minority government with the silent support of the Palestinian-Israelis.

In the unlikely event that Gantz succeeds in going forward, his government’s policies toward the Palestinian West Bank could be moderated out of fear that annexing Israeli squatter settlements on stolen Palestinian land or annexing the Jordan Valley would anger the Joint List and cause the government to fall.

Another possible scenario is that Gantz could temporarily form a minority government, pass a law forbidding politicians under indictment to become prime minister, and so depose Netanyahu as head of Likud. Since Israeli politics is personalistic, this move would allow a government of national unity to emerge, since the Blue and White Party doesn’t completely reject sitting in a cabinet with Likud Party members, they just won’t accept Netanyahu.

Israel won’t stop being an Apartheid state, and Palestinian-Israelis will remain second-class citizens. Even so, this unexpected development introduces a whole new set of premises into Israeli politics, considering as thinkable what was once unthinkable.

And, once certain things are thought, they cannot easily be unthought.