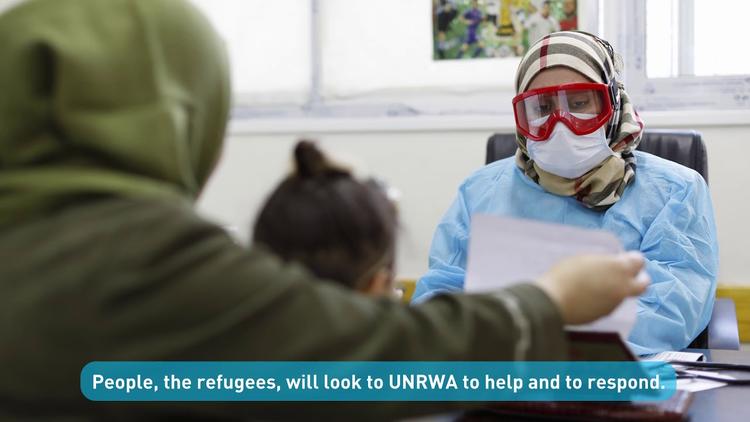 ( Middle East Monitor ) – Every morning, tens of thousands of Palestinians line up at one of over 140 fixed Israeli checkpoints spread across the occupied West Bank. These permanent structures separate Palestinian cities, towns and villages, as well as families, from one another and severely limit Palestinians’ mobility within their own land. The checkpoints are now a fixture of Palestinian life and over the past six years the number has increased by 41 per cent. The time spent annually waiting at checkpoints equates to 60 million hours at an estimated cost of $274 million per year and 81 million litres of fuel (costing $135 million). What’s more, Palestinians are now waking up to the heightened possibility of being exposed to the coronavirus Covid-19 at the checkpoints, in addition to their basic human rights being violated on a daily basis.

At places such as Checkpoint 300 in Bethlehem, scores of Palestinians are regularly squeezed together within supposedly single lanes; fainting is common due to the lack of adequate ventilation. Add to this the arbitrary physical checks and insufficient security personnel at the checkpoints (only 64 of the 140 fixed structures are permanently staffed), it is ideal conditions for the spread of respiratory illnesses such as the coronavirus. The already dire healthcare sector in occupied Palestine is probably about to be put under even greater pressure.

However, the awful condition of Israel’s military checkpoints in the West Bank represents only one of a number of health risks faced by Palestinians as a direct result of the Israeli occupation. According to the Palestinian prisoners’ rights group Addameer, for example, there are currently 5,000 Palestinians (including 43 women and 180 children) being held in Israeli Prison Service (IPS) facilities. Languishing in equally awful conditions, since 1967 a total of 67 Palestinians have died in Israeli custody due to medical negligence. Around 700 prisoners require immediate medical attention; around 60 per cent of Palestinian prisoners held by Israel suffer from chronic diseases. Only a few months ago, Bassem Al-Sayeh and Sami Abu Diak died due to alleged medical malpractice within IPS facilities. They were just two of the five Palestinian prisoners who died in Israeli custody last year.

The shocking situation for Palestinians held by Israel is exemplified by the rumours last week that four prisoners held at Megiddo Prison had contracted Covid-19 after coming into contact with an Israeli interrogator. While the Israeli authorities and the Palestinian Authority have disputed this claim, fears of an outbreak within IPS facilities should not be underestimated. One hundred prisoners at Al-Moscobiyeh Prison in Jerusalem and 19 others at Ashkelon Prison have already been forced into isolation after coming into contact with someone suspected of having the illness. Prisoners in Ashkelon are reported to be in isolation after one was in contact with an Israeli physician who had tested positive for the virus five days earlier. Worryingly, reports have also noted that prison guards have searched cells routinely without wearing protective gloves and face masks.

Following last month’s news that the IPS had decided to reduce food rations, including bread and water, given to prisoners, this week the Israeli authorities have decided to prevent Palestinian prisoners from accessing over 140 commodities, including hygiene and sanitation products, many of which are vital to the efforts to stem the spread of the virus within the prison system.

In January last year, Israel’s Public Security Minister Gilad Erdan announced plans to “worsen” the conditions for prisoners and set “clear limits” on water consumption and showers, so such aggressive new measures should come as no surprise. They mark a new low even by Israel’s standards and show a clear contempt for Palestinians — even those held with neither charge nor trial — who the Israelis believe are not worthy of the most basic human rights in the face of a deadly pandemic.

“The lives of Palestinians in Israel’s prisons are in extreme danger in light of the proliferation of the coronavirus pandemic within Israel, and the simultaneous lack of protection and attention afforded to prisoners,” explained Palestinian-British journalist Zaher Birawi. “An analysis of the practices of the prison administrators shows that there is a tacit policy of encouraging the spread of the virus. This is unacceptable and international institutions and regional bodies, such as the UN, must take tangible steps to intervene urgently to safeguard the lives of these prisoners before the situation becomes intractable.”

Palestinians living in so-called Area C in the occupied West Bank have no access to a permanent health centre. Constituting 61 per cent of the West Bank, Area C is under full Israeli civil and security control as per the Oslo II administrative division of the territory. Area C is also home to roughly 300,000 Palestinians, and most of the West Bank’s natural resources and arable land is there.

Earlier this year, data accessed by the Israeli NGO Bimkom revealed that since 2000 only 3.75 per cent of construction permit applications made by Palestinians in Area C were approved. This means that they are still lacking in emergency and basic health care facilities. Israeli settlers living in the 125 illegal settlements and 100 illegal outposts across Area C, however, enjoy state-of-the-art healthcare services and medical infrastructure. Not only are these settlements completely illegal but their presence also forces Palestinians to take indirect routes around checkpoints and blocked roads when trying to get to clinics further afield. Moreover, the settlements impose limits on Palestinian access to water resources and often directly perpetuate the healthcare crisis through random attacks by Jewish settlers against Palestinians and their property.

According to a report in Haaretz earlier this year, “Israel has impounded the only vehicle available to a medical team that provides assistance to 1,500 Palestinians living inside an Israeli military firing zone in the West Bank.” This incident and others as noted by the World Health Organisation (WHO), is indicative of the general inaccessibility of healthcare in Area C and is a product of the “restrictive Israeli planning regime, which prevents the construction of necessary facilities, as well as the prevailing access and movement restrictions, which impedes access to main service centres.” Hence, the capability of the Palestinian healthcare system to respond to something like the coronavirus pandemic is virtually non-existent.

Israel’s illegal occupation exacerbates the likelihood of the coronavirus (and other diseases) taking hold in the occupied West Bank, and the Israeli government simply doesn’t care, despite its obligations as the occupying power under international law to make healthcare accessible for the Palestinians living under its occupation. Providing Palestinians in the West Bank with 400 coronavirus test kits while the Israeli government’s spy agency is said to have “secured” 100,000 kits is simply unacceptable, as is the failure to publish coronavirus advice in Arabic for weeks, and the arrest of numerous Palestinians for handing out awareness brochures or volunteering to deep clean parts of Jerusalem. The fact that UNICEF made a general call for volunteers is simply dismissed by the Israeli authorities.

The coronavirus pandemic demonstrates yet again Israel’s institutional racism as well as its unjust policies and practices which have a marked effect on Palestinian lives. It is hoped that Palestinians find the steadfastness and fortitude to deal with this crisis despite the obstacles that Israel’s brutal occupation places in front of them. Their perilous situation under such circumstances should indeed be an issue of global concern.

Robert Andrews is the PR Officer for EuroPal Forum.

UNRWA is a Frontline Provider