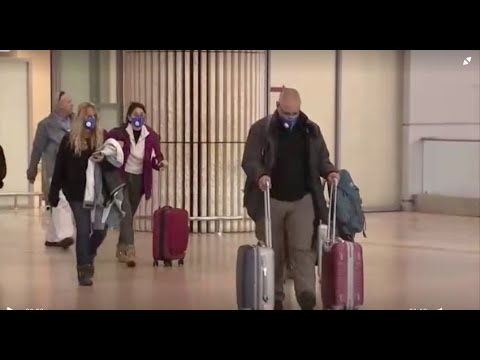 Ann Arbor (Informed Comment) – The Trump administration has become well known for caring much more about how the coronavirus outbreak might make Trump look than about actually avoiding the pandemic. The Chinese quick quarantines last fall should have given the administration time to prepare, but its practical steps in mid-March of 2020 are still highly inadequate compared to countries like South Korea.

Now Trump’s concern about appearances has hit Israel. Natasha Roth-Rowland at +972 Magazine reports that an Israeli television news channel confirms that Trump and vice president Mike Pence strong-armed caretaker prime minister Binyamin Netanyahu. The Israeli health authorities had argued for a per-country travel restriction, which would let in tourists from countries with few or no cases.

Instead, Netanyahu has imposed a two-week quarantine on everyone who enters Israel, from any country. This step will devastate the Israeli tourist industry, which generates billions of dollars a year in revenue. It may reduce traffic at Ben Gurion airport to only 30% of normal.

Roth-Rowland and her sources alleged that Trump and Pence were afraid that Netanyahu might announce a small list of countries whose citizens would be banned or quarantined, and that it might include the United States. For Israel to take this step would be tantamount to charging the Trump administration with medical malpractice. Since US evangelicals often idolize the Israeli leadership, they would be the ones to take this message most to heart, hurting Trump’s popularity among them.

Pence is said to have pressed Netanyahu to quarantine visitors from all countries to camouflage the coronavirus danger from Trump’s backward response.

And so Netanyahu did as he was told.

Before Netanyahu announced this policy, Israeli economists had thought that the coronavirus would likely cost the country $1 billion to $4 billion, and might shave a point or so off 2020 economic growth (Israel was expected to grow 3 percent in 2020, so that would be reduced to 2 percent). In other words, there would have been pain, but it would have been somewhat limited. I can only imagine that completely stopping tourism, which is the implication of this policy, will rather increase the losses and the pain.

Roth-Rowland speculates that Netanyahu is paying Trump back for the favor of the “Deal of the Century” announcement, which gave the embattled prime minister a slight boost in the recent election, though not enough of one, apparently, to allow him to form a government.

It seems to me possible that Trump promised Netanyahu something for the future as a sweetener, as well.

An Israeli court on Tuesday ruled out any delay in Netanyahu’s March 17 corruption trial, refusing his attorneys’ request. Netanyahu no longer has the votes in parliament to legislate his own immunity, and many Israeli politicians are arguing that the president should not even ask Netanyahu to try to form a government while he is under indictment.

Netanyahu needs all the friends he can get at this point, and that situation likely made him so pliant in throwing Israeli tourism under the bus for the sake of Trump’s image.

The hit to tourism will also harm the Palestinian West Bank, which usually sees a lot of tourism around Easter. It is hell to be militarily occupied, since one of the implications is that the unilateral policies of the occupier can harm you at will, and you have no say.

Reuters: “Flying to Israel soon? Then you should prepare for a 14-day self-quarantine”