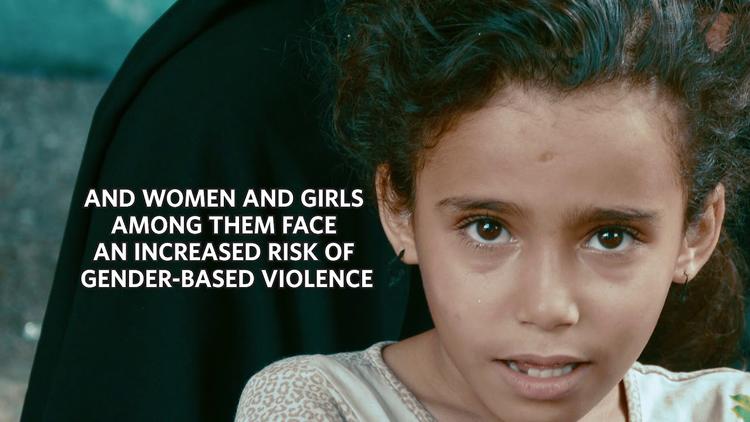 London (Special to Informed Comment) – As Yemen’s catastrophic war enters its sixth year, the Saudi-led coalition offered a desperately needed ceasefire on Friday, which the current coronavirus pandemic has made more vital than ever.

The move came after the UN Secretary General on March 25 called for an end to hostilities in all regional countries, indicating his call has inspired Yemen’s a cease in violence.

Saudi Arabia’s war on Yemen has led to a damaged state, including the crippling of Yemen’s healthcare system, as the Yemen Data Project reports that over 30% of bombing targets have hit civilian infrastructure.

Meanwhile the war has further spiked domestic tensions, and now it would be difficult to put the genie back into the box. The Houthis, the Saudi-backed government of Abdrabbuh Mansur Hadi, and the United Arab Emirates-backed Southern Transitional Council (STC), all seek to secure their control over different parts of Yemen. Meanwhile as Al Qaeda in the Arabian Peninsula (AQAP) in February announced its new leader Khalid Batarfi, after a US drone strike killed the previous Emir, the extremist faction could cause more deaths upon the country.

Though the former three sides welcomed the ceasefire, pre-existing tensions could override temporary desires for peace, especially as violence had skyrocketed after a misleading lull in the conflict. While the world looks away from Yemen’s chaos, continued external intervention and past failures to establish a peaceful solution could see violence soar again, which could harm efforts to combat a potential coronavirus outbreak.

Yemen’s war took a turn for the worst in January after a Houthi-linked missile attack on the Marib governorate triggered more clashes with Saudi-backed government forces. The Houthis have since made considerable gains to the north-east of Sanaa, the Houthi-held capital, as well as in al-Jawf on Saudi Arabia’s southern border.

In a broadcast speech hours after the ceasefire, Houthi leader Abdul-Malik Badreddin al-Houthi voiced traditional rhetoric that the Houthis are oppressed and stressed his commitment to the faction’s objectives, which involve securing control over northern Yemen.

The faction advanced further in Marib on Friday after targeting government and tribal forces. Saudi Arabia on Friday claimed that Riyadh-backed government forces intercepted three Houthi. Regardless of these claims’ legitimacy, parties have blatantly disregarded the ceasefire calls, and the violence has only temporarily reduced, rather than ending it. As of Saturday, heavy fighting was ongoing in al Jawf.

However Saudi Arabia’s war efforts will certainly diminish in Yemen, following a decrease of its operations prior to the coronavirus’ outbreak. Already hit by a fall in oil prices, while grappling with the virus’ spread domestically, some have suggested that Riyadh is looking for a ‘way out’ of Yemen’s war.

Indeed, Saudi Arabia may temporarily scale back its involvement. Even by Mohammad bin Salman’s erratic standards, it would be foolish for him to continue his high-risk intervention in Yemen amid the current global crisis, after heavy expenditure on a war which has produced no tangible benefits for Riyadh.

However, Riyadh is still backing the Hadi government to secure its influence over Yemen, which will delay a truly peaceful resolution to Yemen’s war. This could provoke further outbreaks from the Houthis, who have operated violently to counteract Saudi Arabia’s past and present efforts to consolidate its geopolitical hegemony over its southern neighbour.

It is not just the Houthis and Saudi Arabia who may act with duplicity following the ceasefire calls. The STC still seeks southern independence following last November’s shaky Riyadh agreement, designed to merge the warring STC and Hadi government into a power-sharing agreement. Deadlines to implement the deal have been ignored. Both sides have complained that the other has ignored the deal. Meanwhile on March 12, the Hadi government blocked STC officials from returning to Aden, the government’s administrative capital in Yemen. The STC, with Emirati backing, has still refused to agree to a withdrawal from various southern regions.

While the UAE still props up the STC in the south, from which it has shown no signs of stopping, this could trigger further violence within the country. Already receiving substantial global impunity for its provocative regional policies, Abu Dhabi may use the current worldwide confusion over coronavirus as a smokescreen to achieve its hegemonic ambitions over southern Yemen.

The USA has played a central role in facilitating Saudi Arabia’s war efforts, with a vast amount of military support. Yet on Friday, the Trump administration cut off tens of millions of dollars’ worth of aid to Yemen, in response to Houthi smuggling of aid deliveries, yet in a crucial time when it needs it the most. Meanwhile the UK, which has also backed the Saudi-led war and is now absorbed by its own populist bubble amid Brexit before the coronavirus outbreak, will further neglect its role as Yemen’s penholder in the UN Security Council.

Yet like the rest of the world, Yemen is experiencing a critical point in its history, as a coronavirus outbreak could trigger more overwhelming pressure on its healthcare system and worsen what the UN has already called the “world’s worst humanitarian crisis”. Even more concerning, though the World Health Organisation has confirmed zero cases in Yemen, tracking any spread of the virus would prove difficult, given Yemen’s devastated healthcare infrastructure.

Recent history has shown that the current ceasefire is more of a temporary lull to this war that has wreaked havoc in Yemen throughout the last five years. All these factors could prevent legitimate efforts to ease Yemen’s suffering, and the country’s war and humanitarian suffering will be far from over.

UNFPA:”5 Facts You Need to know about the conflict in Yemen”