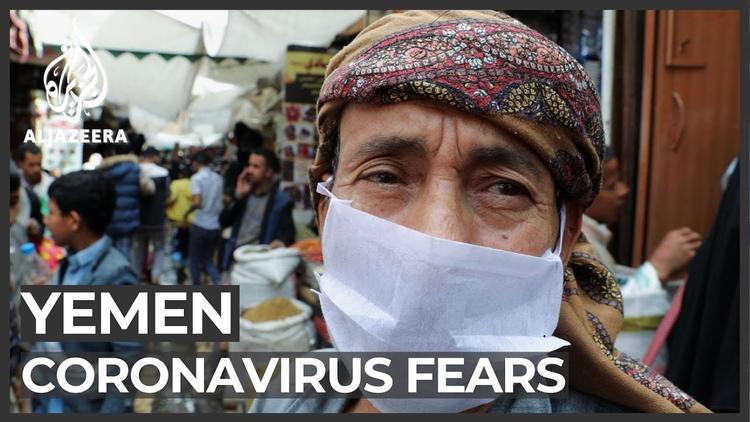 Ann Arbor (Informed Comment) – Five years ago, Saudi Arabia launched its ruinous war on Yemen. In 2020, the oil-rich kingdom has nothing to show for this albatross around its neck. The war was the brainchild of then defense minister Mohammed Bin Salman, who is now the crown prince.

Yemen is a country of 28 million and although it is still being reported by the International Monetary Fund as 162nd in per capita income among 186 countries in the world, that is surely an old and out of date statistic. It is actually down there with South Sudan and Eritrea as one of the poorest countries in the world. The Saudi war on the Arabian Sea nation has made it substantially less well off during the past 5 years.

The devastated country fears that a coronavirus pandemic would race through Yemen’s war-weakened population like an Australian bushfire through the Outback.

You know that advice about washing your hands? Many Yemenis lack access to clean water.

Saudi and coalition fighter jets have often struck at civilian infrastructure, at ports, bridges, hospitals, schools, and even civilian apartment buildings. Two years into the war, a group of academics found that a third of the targets hit by Saudi bombing have been civilian in nature. To be sure, a bridge can be dual use, providing access to an area by military forces that cross it. But if the bridge is essential to getting food to the civilian population in an area, you are not supposed to bomb it, by the international laws of war. The US military, which has been dragooned by two presidents in a row into helping the Saudi military with this shameful campaign, at one point tried to put 33,000 civilian targets in Yemen off-limits to Saudi pilots, but the Saudi officer corps and leadership has paid no attention.

I don’t think a third of your targets end up being civilian in character unless you’re actively trying to hit civilians. That is a war crime, and it is one in which the United States of America is complicit.

That is why a majority in the House and Senate voted to get the US out of the Yemen War, a bill that was vetoed by Trump.

After five years of war, the United Nations Population Fund reports that 24 million (4 in 5) of Yemen’s people are in need of some sort of assistance, and over 14 million are in acute need.

Some 3.65 million people have been displaced since the war began. That is nearly 13 percent of the population. That is as though 42 million Americans had been made homeless by a war– each person in Virginia, Ohio, New Jersey and Michigan.

The many malnourished people in Yemen, deprived of their livelihoods by the Saudi war, include a million pregnant women who may well give birth to severely stunted newborns.

Only half the hospitals and clinics in the country are functioning any longer, and between malnourishment and poor facilities, 144,000 Yemen women likely face complications in childbirth. Health workers have mostly not been paid for two years. The World Health Organization says a population needs at least 20 health workers per 1,000 people. Yemen has 10.

Yemen has already been hit by cholera, which has infected a million people, though with a relatively low death toll.

The Saudis cannot abide that the northwest of the country is in the hands of the Houthi rebels (pronounced “who the” — not Hooty). They are local Shiites of the Zaydi branch, very different from the Twelver Shiites of Iraq, Iran and Lebanon. The Saudis ticked them off by trying to convert them to Wahhabism back in the 1990s and zeroes, and they went into rebellion against the Yemen government for permitting this proselytization campaign. In 2014 they took Sana’a, the capital, and in early 2015 they made a coup against president Abd-Rabbo Mansour-Hadi. Their subsequent attempt to take the whole country alarmed the Saudis and the United Arab Emirates, which invaded with small forces. The Gulf states major war effort has been waged from the air. Air campaigns typically cannot defeat guerrilla movements, and so the whole thing has been fruitless. Once they were facing this massive air war, the Houthis turned to Iran and Hizbullah for help, but in a relatively small way. The conflict is local, between Houthis and Saudi Wahhabis. Iran has smuggled the Houthis some money and weaponry, but the war would be going on if Iran did not exist.

Ironically, the Emirates allied with Yemeni southern separatists, while Saudi Arabia allied with Mansour Hadi and what might be called nationalist forces. For the past nearly a year, these two proxies of the Gulf Powers have mainly fought each other, allowing the Houthis to strengthen themselves. The UAE hates the Muslim Brotherhood, Sunni fundamentalists, but the Yemeni branch of the MB, the Islah Party, are allied with president Mansour Hadi, and the UAE has bombed them. So the whole announced rationale of the Saudi intervention has fallen apart, since it isn’t even mostly about the Shiite Houthis any more but about a conflict between nationalist/fundamentalist Sunnis and separatist Sunni Yemenis in the south and east of the country. In recent weeks the Houthis have taken advantage of this disarray to make inroads into Maarib in the east.

Saudi Arabia should take advantage of the prospect of a massive coronavirus pandemic in weakened Yemen to declare victory and go home. Because large numbers of infected Yemenis will serve as a vector having an impact on the whole region.