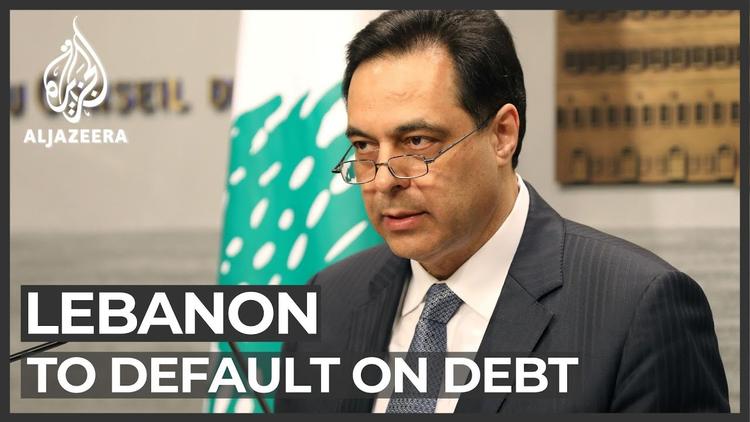 Detroit (Special to Informed Comment) – Since its inception as a French mandate at the San Remo Conference in 1920, Lebanon has lived on the cusp of chaos economically, militarily, and politically. For many, life in the mountainous country has been synonymous with major political crises (like the events of 1958 and Operation Blue Bat, the assassination of PM Rafic Hariri in 2005), constant disruption (1978, 1982 and 2006 Israeli Wars and occupation until 2000 as well as the Syrian occupation until 2005 and the Cedar Revolution that same year), civil war (1975-1990), and religious tensions that refuse to dissipate. Moreover, the tiny nation-state, smaller than the size of Connecticut (with a population nearing six million), remains vulnerable to the political ambitions of its neighbors as well.

Today, the country is undergoing a nationwide contestation of the political status quo, which many believe is untenable and like Iraq, since October 2019, Lebanon has been enduring major social upheaval, illustrated by massive protests largely initiated by disenfranchised young people against a government dominated by corrupt, egregious, kleptocratic bureaucrats. About one-third of the Lebanese population under the age of 35 is unemployed and are opposed to slow, incremental changes. The graftocratic practices of its officials have crippled the state’s ability to provide a decent standard of living, and the nation’s economic woes appear intractable. Lebanon now has the third largest public debt in the world thanks, in part, to decades of financial mismanagement, some of which could have been avoided if the structural integrity of its institutions were not so compromised. As of March 7, the government of the Republic of Lebanon has officially defaulted on its foreign debt, which totals more than $30 billion dollars.

Voices calling for ‘revolution’ and for a complete overhaul of the entire Lebanese government, from the top-down, are growing louder by the day. Angered by a broken economy that aims to thrust almost half of its population into poverty, an untenable patronage system (nitham muhasasa), a sectarian government (hakuma ta’ifiya), and a crackdown on freedom of expression by the Internal Security Forces (ISF) and Hezbollah, the Lebanese people- a religiously diverse population, has for the time being, demonstrated a measure of national cohesion that is often lacking outside of moments of social angst. This cohesion, though, is likely a temporary sentiment that has the potential to devolve into fractious civil strife.

The outsized role of religion as a source of political identity in Lebanon also continues to hamper unity and the country has long been home to religious militias that have competed for influence and oftentimes have engaged in interreligious and political strife, hoping to assert their role as both their community’s and the nation’s rightful leaders. While no official census has been taken in nearly nine decades now, the demographic breakdown is roughly 60/40 today. Approximately sixty percent of Lebanon adheres to Islam (Sunni and Shi’ite branches and some of its offshoots) and the remaining forty percent mainly adhere to Christianity (Greek and Armenian Orthodox, Syriacs, and others, with the Maronites constituting the largest of them). In all, there are some eighteen officially recognized religious communities and several others that remain unrecognized in the country.

Lebanon- like other states in the region, also sits on a foundation rooted in a colonial history that birthed contentious and problematic political infrastructure that was doomed to fail. Its governmental set-up guarantees a fragmented society as power, resources, access, rights and societal privileges are dispensed through an archaic ‘confessional’ system predicated upon a power-sharing arrangement that dispensed political and economic resources based upon sectarian proportionality derived from a skewed 1932 census- the last one ever conducted in Lebanon. This sectarian-based system of government has operated within an ideologically malignant framework that endorsed a system built upon political favoritism, underpinned by sectarianism enshrined in the 1943 National Pact- an unwritten political agreement that cemented the current administrative configuration of Lebanon (though many of its ideals contradict various constitutional amendments including those regarding who can be president- an office that remained vacant for 29 months until Michel Aoun was finally elected Oct. 31, 2016).

Through this sectariqn system, which determines bureaucratic representation based on a census taken eighty-eighty years ago, the Lebanese are subjected to a political prison that some see as being on the brink of collapse. In other words, the National Pact and the confessional system itself, though messy and convoluted, demonstrated the illusion of Lebanese cooperation but had the effect of strengthening sectarian identity all the while weakening any real sense of Lebanese nationhood. The civil war that rocked Lebanon for fifteen years can be seen, in part, through the lens of the National Pact.

Of course, in the event some of its infrastructure gives way, today, the likelihood for internecine violence increases. The rise of militias such as Hezbollah, AMAL, as well as Christian, Sunni, and Alawite militias represent a further destabilizing element that increases the risk for another protracted civil conflict. Such militias see the weak central government and the Lebanese military as unequipped to provide security in a country where all its religious communities view themselves as both autonomous, but also vulnerable.

If the current anti-government protests become further inflamed by a tougher government response or further financial collapse, the potential for a bloody revolt would be greatly exacerbated and has the ability to devolve into another multi-party conflict that could also draw in regional actors including Israel, Syria, Iran and others. In other words, a proxy battlefield could easily emerge if a power vacuum occurs with the collapse of the Lebanese system. Either mass, armed conflict ensues, external actors get involved to manage the tensions and broker an agreement, or a single (or more) political party succeeds the current regime (among other potential scenarios).

One group that has positioned itself to capitalize on the impending disarray is Hezbollah, who currently backs the new Prime Minister (Hassan Diab) and enjoys a flow of funds, aid, and weapons from its backer, Iran. Its successes in Syria, too, have led to an aura of confidence and it has long eclipsed the power of the Lebanese military. As the single most organized and powerful pseudo-state actor in Lebanon, it would be the likeliest to fill a potential power vacuum in the nation, but not without serious risks, of course.

In many ways, Hezbollah, like the PMF units in Iraq, is already reframing the national character of the Lebanese polity through normal political channels (i.e. winning elections- dozens of seats in the Lebanese parliament are represented by Hezbollah’s March 8 Coalition members, its backing of current president and ally Michel Aoun), as well as through its influential clerics and popular grassroots support in areas disconnected from the oligarchs in Beirut, securing itself as a dominant force in Lebanon’s political future. This militia-influenced system of administration and security is currently in effect in Iraq, putting on full display, the precarious and hazardous nature of political decentralization and the disintegration of law and order.

While there have long been growing concerns in many circles about the potential for Hezbollah to monopolize power in the fractious country in a more visible way, such a full takeover has yet to materialize. The political calculations of Hezbollah’s Islamist leadership requires a delicate balancing act of sorts, so as not to overplay their hand in such a volatile environment that could further fracture Lebanese society. Furthermore, because the United States officially recognizes Hezbollah as a terror organization and has been pressuring the European Union Parliament to introduce and pass legislation to follow suit , an outright, Hezbollah-ruled Lebanese state would disqualify it from receiving aid or loans through the EU, the IMF, or the World Bank, further compounding and worsening its financial woes.

In lieu of a formal coup, many in Lebanon believe that Hezbollah’s outsized influence in the electoral process that delivered the president (Michel Aoun), prime minister (Hassan Diab), and speaker of parliament (Nabih Berri, Hezbollah ally and head of the Shiite AMAL movement) are an indictment of its desire to become the nation’s sole hegemonic power. Though the situation remains fluid, it is difficult to imagine that Hezbollah does not increase its administrative role going forward. However, the next iteration of ‘Lebanon’, a mandate-turned-independent-nation-state whose sovereignty has been persistently challenged throughout its existence, is yet to be determined.

Dr. Tareq A. Ramadan is an interdisciplinary professor of Near Eastern Studies and Anthropology at Wayne State University in Detroit, Michigan.

Al Jazeera English: “Lebanon will default on its debt for the first time ever”