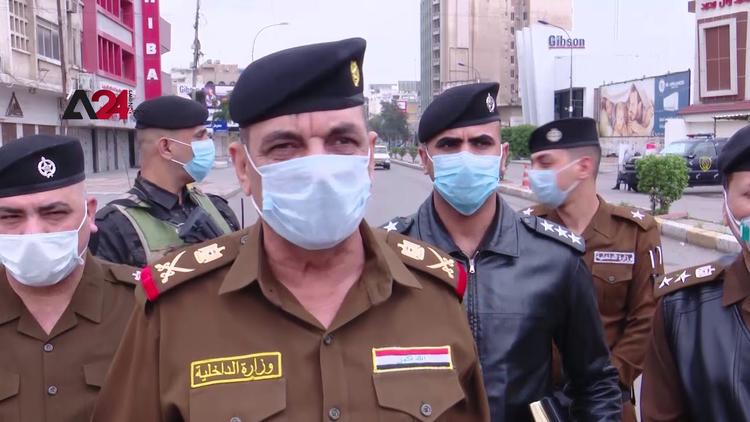 Ann Arbor (Informed Comment) – Will the coronavirus result in the second withdrawal of US troops from Iraq? There is an increasing question of whether the some 5,000 US military personnel there can be protected from the outbreak if they remain in that country. In any case, many of those servicemen are involved in training Iraqi troops, and the Baghdad government has cancelled training activities for 60 days because of the Covid-19 threat. As a result, the US and Britain are “temporarily” withdrawing some of their personnel involved in this training from the country.

The US Department of Defense said, “To prevent the spread of COVID-19, the Iraqi Security Forces have suspended all training. As a result, the coalition will temporarily return some of its training-focused forces to their own countries in the coming days and weeks.”

Although Iraqi authorities ordered the population to begin sheltering in place or limiting their circulation (depending on the province) on March 17 through the 23rd, there are reports of occasional disregard of this decree. The curfew will be extended by parliament for at least another week, in part to ensure that medical and other emergency personnel can easily and quickly get around.

Lt. Col. Abdul Husain Tamimi, in charge of Baghdad operations, pleaded on Saturday for the capital’s residents to pay more attention to the curfew.

A24: “Iraq| Baghdad’s streets turn into ghost towns after curfew”

AFP reports that although Iraq’s grand Ayatollah Ali Sistani has called on Iraqis not to gather in large crowds for prayers, the faithful did not pay attention to his advice on Saturday. Thousands of worshipers came out to honor the Imam Musa al-Kazim.

Informed Comment cannot verify the below footage that purports to show worshipers eating together at the shrine of Imam Kadhim in northern Baghdad on Saturday:

Ismaeel Naar reports at Alarabiya, moreover, that according to their YouTube postings, some Shiite clergy are preaching to pious crowds who gather to commemorate the birth and death dates of the Twelve Imams, eleven of them descendants of the Prophet Muhammad. Reciter Ali Grebawi allegedly told mourners for the Prophet’s grandson Imam Husain that shedding tears for his martyrdom at the hands of the Umayyad state in 680 AD was salvific and would protect them from the virus despite their gathering in crowds.

It seems likely that the Iraqi government built by the US is far too weak to police a sheltering in place policy effectively, and that Iraq will end up looking more like Italy than like Singapore. I hope I’m wrong, since Iraqis have been through enough mayhem and death. But if the coronavirus does take a big toll on the country, it seems a little unlikely that US troops embedded on Iraqi bases will be spared.

The Iraqi parliament legislated a firm decree (it was not advisory) in January demanding the withdrawal of US troops from that country after Trump began attacking Shiite militias there, which are part of the Iraqi military. The Iraqi side of the Joint Operations Command has also demanded an urgent US withdrawal. Two US troops have been killed in the last week and a half and several more injured by militia rocket attacks. Between the coronavirus and ongoing rocket strikes, they seem more sitting ducks than a coalition military force.

At what point is it irresponsible of Trump and secretary of defense Mark Esper to leave them there, vulnerable?