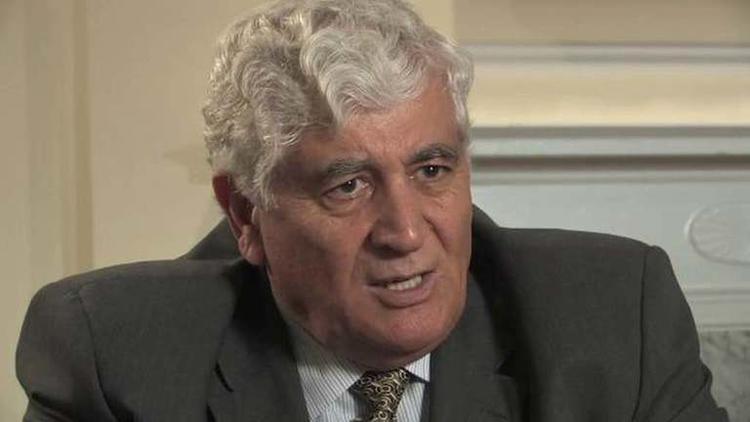 ( Nonviolence International) – President Trump and his son-in-law’s “peace” plan would worsen the long term subjugation of Palestinians in the occupied West Bank, East Jerusalem, Gaza and even Israel itself. This is a plan for extended injustice, second class citizenship, and continuing hatred. Sooner or later, if implemented, it will erupt into the opposite of peace, not to speak of solidifying a deepened antipathy towards the United States.

Many Israelis and Americans don’t support this plan. This is a campaign stunt orchestrated by President Trump to support his own re-election campaign, as well as Bibi Netanyahu’s. This peace plan is akin to one hand clapping, (or perhaps better said, one hand slapping) since only the Israelis were consulted, and therefore only their interests were considered.

This plan would give Israel all it has sought during decades of conflict, including nearly all Palestinian land on which Israel has built settlements, the Jordan Valley and almost the totality of Jerusalem . Palestinian leaders have denounced the plan as “a new Balfour Declaration” that heavily favors Israel and would deny them a viable independent state.

Israel’s occupation of the Palestinian territories, particularly Israel’s settlements in the West Bank, has been declared illegal by the United Nations and the International Court of Justice. . Security Council Resolution 2334 states that Israel’s settlement activity constitutes a flagrant violation of international law and has no legal validity. As long ago as 1978, and repeatedly since then, the U.S. State Department opined that the settlements were “inconsistent with international law”.

Palestinians and the entire world will resist. The Organisation of Islamic Cooperation (OIC) has rejected US President Donald Trump‘s recently unveiled Middle East plan. The 57-member body, which held a summit in Jeddah, Saudi Arabia on February 3 to discuss the plan, said in a statement that it, “calls on all member states not to engage with this plan or to cooperate with the US administration in implementing it in any form.” The European Union is also in opposition.

But we need to understand the Palestinian context in which this imperial decree is landing.

By now, many Palestinians have lost trust in the Palestinian leadership. They see the PA–despite its protestations against the Plan–as in many respects little more than an Israeli cat’s paw in their oppression. For example, many know that the PA’s threats to cut ties with Israel’s intelligence agencies are empty ones. In 2017, the PA announced that it had cut ties and it was subsequently found that 95 percent of security coordination with Israel was maintained. Apart from clamping down on Palestinian dissent, the Palestinian leadership, whether in the West Bank or Gaza, has also sought to control mass mobilization for its short-sighted political goals. The PA and other Palestinian factions and political parties consider Palestinian protest to be a weapon only when it suits them or is led by them.

The PA’s attitude, along with years of suppression of nonviolent dissent and harassment of civil society has added another layer of repression – on top of the Israeli occupation- leaving Palestinians disenchanted and damaging their ability to effectively mobilize for their rights and dignity. Over the years, many stopped seeing a reason to take to the streets because their nonviolent protest would either be brutally cracked down on or co-opted by political forces they see as illegitimate. It is no wonder then that when the PA called for mass mobilization in the streets against the “deal of the century” few turned up. Today, the PA is only able to mobilize those loyal to its political structures and its partisan arm – Fatah. To get a crowd in Ramallah, it had to bus people in from outside the city.

But despite the political and moral bankruptcy of their leaders, Palestinians have not despaired. They will continue their struggle for justice, rights, and the end of the Israeli occupation and apartheid. They continue to mobilize despite their leaders’ complicity with Israel.

Palestinians should ignore the Trump administration. They must talk directly to Israelis and find ways of communicating in good spirit both by action and deeds. Israel’s efforts to use US dominance to impose its will in the Middle East will end in a disaster for everyone.

As a long time leader for a two-state solution, I am calling on Palestinian intellectuals to help the Authority to develop a different plan that focusses on a “ONE STATE SOLUTION.” Israel has twisted a two-state option into Gaza as a rump Palestinian state connected to a Bantustan-like polity on the West Bank. A one-state democratic solution means all will be equal; Israel can call itself a Jewish/Israeli state and Palestinians can call it an Arab State. Mutual respect and equal rights are the only way to end apartheid, and to end the violence and hatred between the two sides. Genuine equality is far more important than the names and titles given to political entities.

I call on Americans and Israelis to reject this campaign stunt and to support genuine equality and mutuality as the basis for peace. As Dr. Martin Luther King said, we can choose nonviolence or nonexistence. Let’s choose nonviolence.

Mubarak Awad is the founder of Nonviolence International, an organization aimed at promoting peace education and nonviolent action in dealing with political and social issues. NI has multiple branches in the United States and overseas and has worked with various movements and organizations across the globe. Mr. Awad has also been an adjunct professor at the American University in Washington, DC since 1989 at the School of International Studies. He focuses on promoting peace dialogue and transforming post-conflict societies, as well as teaching graduate courses on the methods and theory of nonviolence.