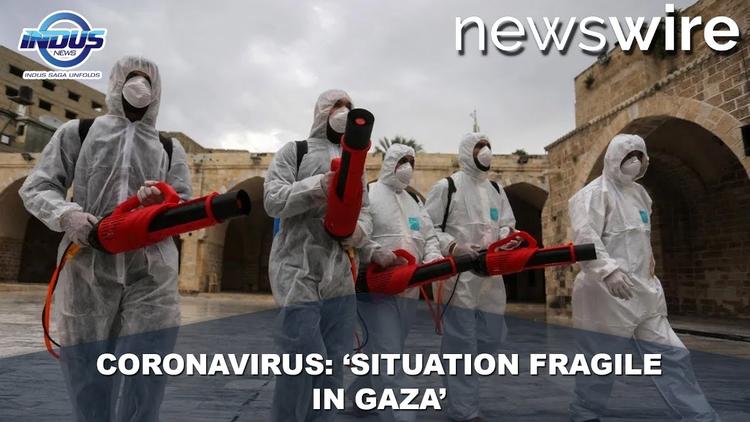 Humans never thinks of the blessings they have unless they’re lost or about to vanish. Freedom to move is an unequivocal human right that is taken for granted everywhere except in conflict zones or besieged areas like the Gaza Strip. People living there have been tirelessly calling on the international community to help them obtain their universal rights or at least alleviate their suffering, yet all calls were in vain.

In the wake of the outbreak of the coronavirus (COVID-19) pandemic, people from all walks of life have started digging on means and mechanisms of coping with a lockdown. For several years the Gaza Strip, the tiny enclave that has been besieged by Israel and neighbouring Egypt, has been languishing in an utter isolation and lockdown. Unlike today’s coronavirus lockdown, Gazans have suffered unbearable power cuts, denial of medical care, shortage of basic needs in addition to three devastating wars that claimed thousands of lives.

Today, uniquely shielded by the ongoing compulsory isolation and quarantine, Gazans better understand the existing challenge of the world in the wake of the coronavirus epidemic. Until last week, Gaza was virus-free. Prayers were held all around the Gaza Strip and Dua and supplications of forgiveness and recovery included all humans with no exceptions. Last Sunday, the first two cases of COVID-19 in Gaza were confirmed.

Much of Gaza’s population live in congested refugee camps in extended families living in the same property. With movement in and out of the territory strictly constrained as they are already cut off from the world, an outbreak of the virus in Gaza might be delayed but not for long. Doctors and experts warn that the suffocating siege, along with densely-packed refugee camps and extremely fragile health care system, have created impeccable conditions for an outbreak.

The crippling blockade has collectively punished and impoverished all of Gaza’s residents. In 2018, Donald Trump’s administration eliminated funding to the United Nations Relief and Work Agency. UNRWA provides vital life-saving services, health care and education to refugees in the Middle East including the Gaza Strip. These funds used to go to education for 500,000 boys and girls, vaccinations and health clinics that provide services to over three million refugees and a basic level of dignity for millions who would otherwise lead lives of despair.

Due to political rivalry, the Palestinian Authority in the West Bank hasn’t only relinquished the beleaguered enclave, it imposed sanctions and denied employees their salaries. This multi-dimensional dilemma is exacerbated by the Egyptian regime that has closed the only border crossing for the past decade. It has been partly reopened in the past two years. Gaza has had no airport since it was bombarded by Israel in the early 2000s at the outset of a second Palestinian intifada, or uprising.

Therefore, the Israeli blockage, Trump’s elimination of funds, the Palestinian Authority’s sanctions and Egypt’s ongoing isolation of the tiny coastal area turned Gaza into an ultravulnerable entity to the virus outbreak. Palestinians are closely following the pandemic through unremitting media coverage and preparing for the worst.

The Israeli embargo and the PA’s immature political stances have inflicted tremendous damage to Gaza’s health facilities that has immensely deteriorated over the past decade. One could imagine how difficult it will be for the Gaza Strip to face the pending threat of the disease with only 60 ICU beds for its two million people and not all are operational due to staff shortages.

It was Turkey, a firm supporter of the Palestinian cause, which pledged to back the Palestinians in their fight against coronavirus. The Turkish president Recep Tayyip Erdogan has reportedly phoned the Palestinian leadership and stressed Turkey’s support for Palestine in combating the virus.

On Sunday, Qatar announced $150 million in aid to the Gaza Strip over a period of six months, to support United Nations humanitarian programmes in the Palestinian territory and efforts to contain the new coronavirus outbreak.

With very limited resources, Hamas authorities in the Gaza Strip have started to build 1,000 isolation cabins near the southern border with Egypt. Businessmen and hotel owners have voluntarily offered their hotels and premises to be used as quarantine centres.

Israel’s attitude has been ironically different in the West Bank. The coronavirus outbreak has done what local and international politicians and activists have been unable to do. It has sparked an extraordinarily high level of cooperation and coordination between the Palestinian Authority and the Israelis.

Israel so far has 1,442 documented cases of COVID-19 out of a population of 8.6 million (1.9 million are Arabs), with 59 cases in the Palestinian territories. On March 18, Israeli President Reuven Rivlin called the Palestinian President Mahmoud Abbas to say that mutual cooperation is inevitable. However, while the world governments are taking urgent measures to face the unprecedented threat of the disease, Israeli authorities destroyed hundreds of hectares of agricultural land in two Bedouin communities in the Negev desert in the occupied territories.

Such an attitude indicates that Israeli authorities are willing to cooperate for one reason, its citizens’ own safety. The chances that the imminent danger of the disease change the Israeli standpoint towards the Palestinians is slim . . .

Ahmet Alioğlu is an academic and a journalist. He holds a PhD degree from Istanbul Technical University in Political Marketing. He taught in Palestinian and Turkish universities. He is the Editor-at-Large of TRT World. He worked with BBC World Service Trust and LA Times in Gaza. He is currently based in the UK and mainly interested in Middle East issues.