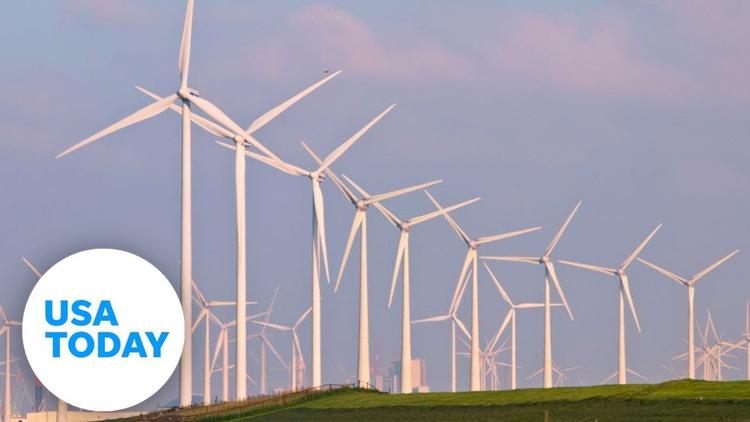 Ann Arbor (Informed Comment) – Wind power is growing by leaps and bounds, with new installations up 20 percent in 2019. A whole 60 gigawatts was installed globally last year, mainly by China and the US. So writes Jim Timmer at Ars Technica. The good news is that 20 percent growth year on year is the sign of an embryonic industry with lots of room to grow

China installed 24 gigawatts of new capacity in 2019, bringing its total at 230 gigawatts.

The US put in 9 gigawatts of wind all by itself. And the new installations bring the US total for wind for the first time to 100 gigawatts. For comparison, in 2017 about 256 gigawatts of our electricity came from dirty coal. Wind in contrast is clean and the fuel is free.

In 2018, the cost of wind and solar-generated electricity in the United States fell below that of coal. You’d have to have your head examined to build a new coal plant in the US given these prices. And in fact it is crazy to go on running coal plants at all. It is cheaper actually to build a wind or solar farm and run it than just to go on running an old coal plant.

Obviously, China is doing a better job in expanding renewables than the US. In America, we are going to need a lot of stimulus to get us out of the coronavirus recession that is on its way, and one place to put stimulus would be on expanding solar and wind. They are a multiplier for the economy, creating new jobs and saving on fossil fuel costs. Wind and sun are free. I have solar panels on my home and my typical summer electricity bill is $14 a month.

If the Democrats get in in November, a crash Manhattan Project huge investment in renewables would help put the country back to work and save future generations all at once. Even a lot of Republicans, like Chuck Grassley of Iowa, are bullish on green energy, and should press for this program.

Wind is poised to make further advances in the US. 10 gigawatts of offshore wind power are now in the pipeline. That is an area where the US lags behind, e.g., the UK.

Celeste Wanner at Into the Wind writes:

“The pipeline of new wind projects under construction or in advanced development is 24 percent larger than it was at this time last year. Across 33 states, 191 different wind projects are now in the works, representing $62 billion worth of investments. That’s 44 gigawatts of new wind generating capacity, enough to power another 15 million American homes once they come online.”

It is expected that Texas, for instance, will produce more electricity with wind in 2020 than with coal, for the first time in history.

That advance is impressive, but not good enough.

Some 27 percent of US electricity comes from coal. That percentage should be zero.

At the moment, the US has about 359 coal-powered electrical utility units across the country (boo!) with a nominal capacity of 256 gigawatts. I figure that is an average of 0.7 gigawatts per unit. It is the worst possible way to get a gigawatt of power. Coal plants are chiefly responsible for destroying the earth, since coal is the dirtiest of the fossil fuels, putting out enormous amounts of heat-trapping carbon dioxide into the atmosphere.

In other words, if we went on doing what we did in 2019, new US wind alone in just one year could replace an average of 13 coal plants. But that means at our current pace it would take 27 years to replace all the coal plants with wind, we’d better step up our game, since we don’t have 27 years to close all coal plants if we want to avoid a world of floods, extreme weather, level-7 hurricanes, wildfires and other continuous disasters, including the risk of further pandemics as climate change induces wild animals to move en masse and come into contact with human populations.

As always, our future is in our own hands and depends on the choices we make.

USA Today: “Texas wind energy beats out the nation and parts of the world | USA TODAY”