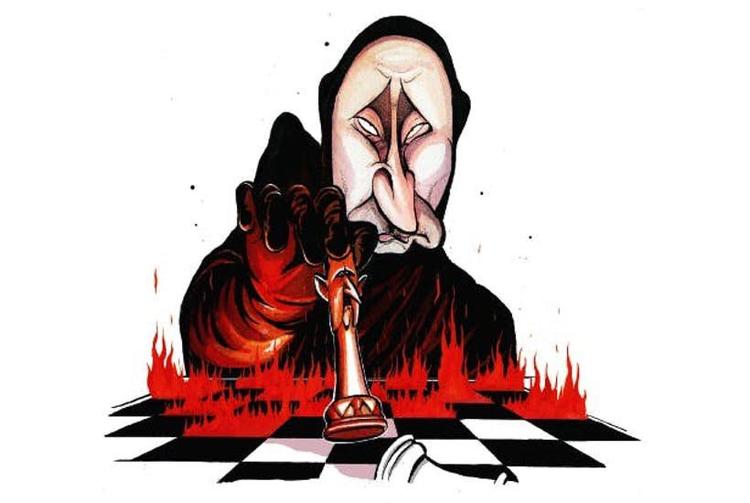 ( Middle East Monitor) – Social media continues to influence our perception of conflicts around the world, though rapid updates around the clock on developments on the battlefield often hours before mainstream news picks it up, disseminating propaganda or spreading misinformation and fake news to the sharing of graphic content and the ugly brutality of the realities of war and its atrocities on combatants and civilians alike. However just as much as social media is shaping the way we follow war-related news, can it also serve as a tactical tool in contemporary warfare? One recent incident in Syria appears to suggest so.

The Syrian Arab Army’s (SAA) operation codenamed “Dawn of Idlib 2” commenced in December in an effort to reclaim more state territory from various factions of the armed opposition holding onto their final Syrian province, Idlib. It followed on from the previous operation which ran over the summer of 2019 leading to an unsteady ceasefire, similarly to the one presently in place.

Supported by Russian airpower and Iranian and Hezbollah allied forces, the SAA has made rapid advances in reclaiming sovereign territory, despite increased Turkish military presence, offenses and support offered to foreign fighters who form the main forces fighting against Damascus.

In line with working towards the strategy of retaking the M5 and M4 highways, the SAA managed to reclaim the iconic town of Kafr Nabl, known as the “heart of the Syrian revolution” due to its residents making use of humour in their anti-government banners which naturally became viral online in the early years of the conflict in Syria.

On 25 February, Kafr Nabl fell back under government control having eluded it for eight years. Turkey and its allies have been seeking to push back SAA gains beyond the de-escalation zone boundaries and there have been ebbs and flows along east and southern Idlib. The strategic town of Saraqib , currently held by the SAA , has exchanged hands several times over the past month.

On Twitter, there are a plethora of accounts belonging to supporters on either side of the conflict in Syria including those of belligerents active on the ground, or those claiming to be in contact with them creating a (sometimes dubious) form of Open Source Intelligence (OSINT) or what is called Social Media Intelligence (SOCMINT). Following an intense Turkish-offensive over last weekend which resulted in significant loss in terms of manpower and equipment of the SAA, the government forces managed to reverse the losses made in the following days.

In what could arguably be seen as a form of using social media as a war tactic, on 3 March accounts affiliated or in support of the SAA began to proliferate word that the Syrian armed forces had withdrawn from the captured town of Kafr Nabl to shift attention on more strategically pressing fronts in Idlib or that the opposition had recaptured it. In fact, SAA units were lying in position to ambush the incoming jihadists who undoubtedly followed the “news” online. They were “annihilated”, with the SAA retaking two further towns.

“This ambush is something I would have advised them to do. I love the ambush.”

Other observers had reported that pro-opposition accounts had confirmed that “mujahideen” had indeed been ambushed having followed “regime media”. It is clear that followers and belligerents on both sides keep track of one another’s accounts as a form of intelligence. But it can sometimes be lethally deceptive.

It may not be the first time that such a tactic has been used, but it seems to be unprecedented in modern warfare.

However, the use of social media in contemporary warfare is certainly not new. The Vietnam War was known as “the first television war”, the Gulf War was known as the first war broadcast around the clock, the 2003 Iraq War became the first internet war, though social media was still in its infancy, information, propaganda and war footage was being shared and streamed on blogs and YouTube bypassing mainstream media coverage.

By the time of the emergence of Daesh in Iraq and Syria in 2014, the use of social media as a tool of warfare was already set on its way, hashtags were in use and Daesh members openly discussed tactics and shared information on Twitter for all to see. It was a direct result of these online tactics that Daesh was able to recruit some 30,000 fighters from more than 100 countries. Although strategically defeated, Daesh remains a security threat. Late last year there were reports the group had tried to infiltrate the video-sharing app Tik Tok in order to recruit and spread its ideas.

As with most online communities, there are inevitable memes mocking or satirising developments in the conflict in Syria. They may appear to be harmless fun but can also act as propaganda and psychological warfare. Such imagery can be used to discredit, “troll” and drive a wedge between the opposing party.

The unfortunate inevitability of war and conflict being an intrinsic part of human nature and the increasing democratisation of online access across the globe means social media will continue to play an ever-important role in not only shaping the way in which we all follow but also the way in which we conduct, warfare.