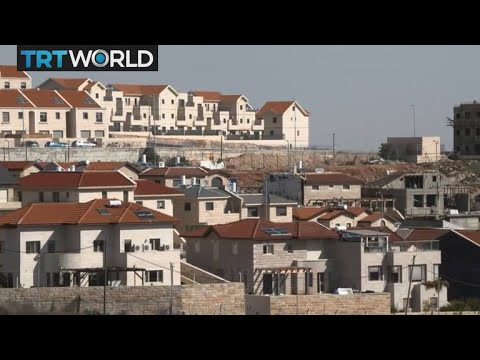 ( Middle East Monitor ) – Israel is about to annex large swathes of the occupied West Bank, making the territory formally part of the Zionist state according to Israeli law. The millions of Palestinians living in the West Bank will continue to be denied the vote and even the most basic of human rights by the despotic Israeli regime.

The West Bank is home to some [2.9] million Palestinians and about 600,000 Israeli colonists [if those around Jerusalem are counted]. The Gaza Strip and West Bank together represent 22 per cent of historic Palestine, although this is a somewhat arbitrary division of the land, based on the “Green Line”, the armistice line drawn up in 1949 after the ethnic cleansing of Palestine.

Between 1947 and 1949, Zionist militias and the nascent Israeli army expelled about 800,000 Palestinians from Palestine, around two-thirds of the indigenous population. The goal of Zionism was to create a Jewish state in Palestine, despite the fact that the population of the country was overwhelmingly non-Jewish. Therefore it was inevitable that the Zionist project was always going to be a racist project that required the violent expulsion of the majority Arab population.

In 1967, Israel engaged in another war against the neighbouring Arab countries, invading and occupying the remaining 22 per cent of historic Palestine. Israel has imposed a military dictatorship against the Palestinians there ever since the Naksa (Setback), but it was unable to expel as many Palestinians as it did during the Nakba (Catastrophe) of 1948.

Israel’s aim was to establish an ethnocracy, a state created to serve the interests of one ethnic group alone. Hence, although it desired to possess the land, at the same time it wanted the land to be free of non-Jews: “Maximum land, minimum Arabs”.

Such a state comes with a price to pay, of course. As Israeli war criminal and late Prime Minister Yitzhak Rabin once wished of the Gaza Strip, “If only it would just sink into the sea.” Israel wanted the land, but it did not want to give the millions of Palestinians living on it human, political or national rights.

It was crucial for the Zionist project that the Palestinians in the West Bank and Gaza Strip should not be given a vote in the self-proclaimed “only democracy in the Middle East”. With demographic trends being what they are, that would have almost certainly led to the end of the Jewish majority in the “Land of Israel”, which in any event was always an artificial majority, having been violently gerrymandered by 1948’s act of ethnic cleansing.

This explains why Israel has so far not formally annexed the West Bank, despite having occupied it for almost 53 years. The 2.2 million Palestinians there outnumber the 600,000 Israeli colonial-settlers. Millions of Palestinians suddenly on the electoral roll would mean the end of Zionist dominance in Israel’s parliament, the Knesset. The Joint List, the only non-Zionist party (most of whose voters and MKs are Palestinians) could become the largest in the Knesset. That would, in turn, create a constitutional crisis, because a non-Zionist, Arab party has never formed any part of the government of Israel.

Now, though, Israel is making moves towards the annexation of the West Bank. Why, and why now?

Over the past year, Israel has held three inconclusive General Elections, each resulting in political deadlock. This was finally broken this month with the announcement of a “national unity” government between incumbent Prime Minister Benjamin Netanyahu and his main contender in the election, former General Benny Gantz. Having sworn during the election campaigns never to enter a coalition with Netanyahu — who is facing corruption charges — Gantz has now split his Blue and White party in order to renege on his oath and go into such a coalition.

Israelis cast their votes during the Israeli legislative elections, at a polling station in Tel Aviv on 17 September 2019 [Faiz Abu Rmeleh/Anadolu Agency]

As I noted in a column just before the last election in March, one thing that all of Israel’s Zionist political parties agree on is the continuation of their racist military dictatorship in the West Bank targeting Palestinians on an indefinite basis. It is, therefore, no surprise that the supposed opposition Blue and White agreed with Netanyahu’s Likud on increasing Israel’s control of the occupied territory.

Boosted by US President Donald Trump’s approval with his “deal of the century peace plan”, both parties now want to annex a large part of what Zionists call “Judea and Samaria”. Their solution for what they see as the “demographic threat” of too many babies of the “wrong” ethnicity being born, is to avoid the annexation of those areas of the West Bank where Palestinians are still the most populous. In practice, though, with Palestinian population centres being isolated islands within a sea of “Israeli” territory, the effect will be the same as if Israel had annexed the whole West Bank.

A key clause of the coalition deal between Gantz and Netanyahu will allow annexation to go ahead as soon as July, and it now seems certain that Israel is going to use the Covid-19 crisis as cover to launch its unprecedented illegal land grab.

It is nothing new for Israel to impose and increase its control of Palestinian lands. Indeed, annexation itself was used by the rogue state to declare Jerusalem as its “undivided” capital city, in defiance of international law. Annexation on the scale proposed by Netanyahu and Gantz, though, is a grave new step in the 130 years of Zionism’s war against the indigenous population of Palestine. It is a crime of massive proportions, even by Israeli standards.