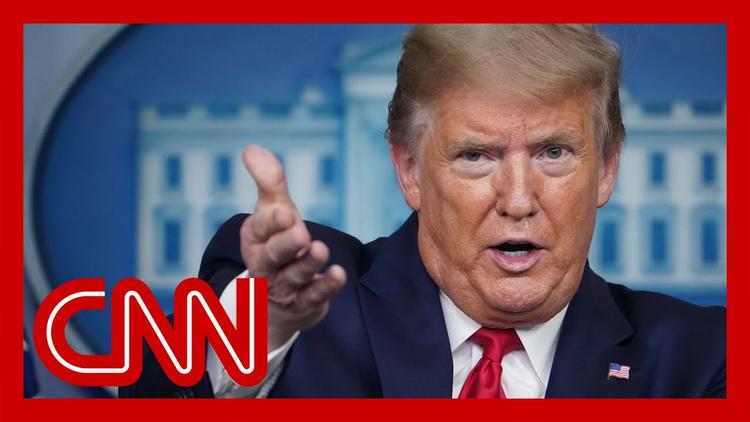 Ann Arbor (Informed Comment) – At the embarrassing public meltdown that passed for his news conference on Monday, Trump addressed the question of opening back up the economy. Most epidemiologists warn that if social distancing measures end too soon, it could provoke a massive “second wave” of the pandemic, as happened with the Spanish Flu in 1918. Trump clearly wants to sound an all clear on May 1, but many governors have issued shelter in place orders into June. So if Trump wants to open up, and the governors do not, then what? Trump then went into one of several irate tirades, uttering words that will define his presidency the way “Read my lips: no new taxes” defined that of George H. W. Bush or the “Mission Accomplished” sign behind George W. Bush in May of 2003 when he spoke of the Iraq War did that of George W. Bush. Daniel Dale, Em Steck, Maegan Vazquez, Tara Subramaniam and David Wright at CNN report that Trump said,

“[Governors] can’t do anything without the approval of the President of the United States.”

What immediately struck me about Trump’s claim of “total authority” is that it resembles the doctrine of Ayatollah Rouhollah Khomeini, who established Iran’s Islamic Republic in 1979. Khomeini called his notion, “The Authority of the Jurisprudent” (vilayat-e faqih).

Khomeini argued that since divinely inspired figures such as the Prophet Muhammad and his immediate vicars are not around any more, or at least, don’t directly intervene in this world, that their place should be filled at least to some extent by seminary-trained clerics. Trump’s version seems to be that real estate tycoons should instead carry the divine mantel. 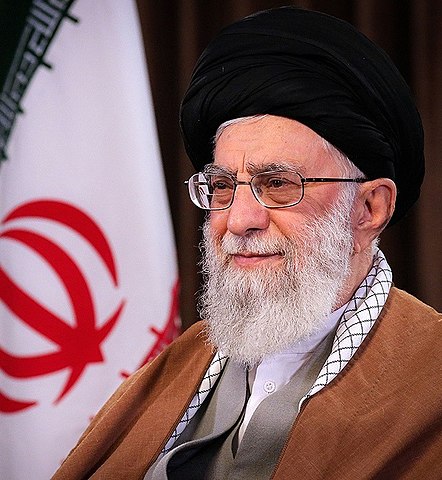 At the top of the Iranian hierarchy as established by Khomeini is the “Jurisprudential Guardian,” who makes the whole public his ward just as an adult can make an orphaned child his ward. In the Islamic Republic since 1979, the “august Leader” or “Guardian” is commander in chief of the armed forces, and controls the Iranian Revolutionary Guards Corps and the intelligence apparatus and secret police. He can prorogue or dismiss the elected president, his cabinet, and the elected parliament at will. He can veto laws passed by the elected parliament as “un-Islamic,” and his veto cannot be overridden. He can censor the press at will and order newspapers closed down. He appoints the Chief Justice or head of the national judiciary, without having to get parliament to confirm the appointment. Governors-General of the provinces (the equivalent of US states) are not elected but appointed by the minister of the interior, who in turn serves at the pleasure of the august Leader.

Trump, like the ayatollah, is claiming the right of the Federal executive to boss the governors of states around.

Trump, like the ayatollah, wants the right to usurp the elected national legislature’s powers whenever it suits him.

Trump wants the authority indirectly to close down newspapers he does not like by suing them for political libel, and has an active lawsuit against the New York Times. He is thus implicitly trying to overturn the Supreme Court decision, The New York Times Co. vs. Sullivan of 1964, which upheld the NYT’s right carry a paid ad criticizing a white community’s response to the Rev. Martin Luther King. The court found that “freedom of expression upon public questions is secured by the First Amendment.” This distinction between public questions and private ones in libel law has allowed the flowering of free political speech and civil rights activism ever since, a development Trump and his white supremacist buddies want to overturn. Using the courts and libel law to bankrupt a newspaper is slightly more subtle than just allowing the ayatollah to close it by fiat, but the result would be the same.

Like the ayatollahs, Trump’s primary base is religious fundamentalists who want to impose theologically-driven laws on the country, as with the prohibition of a woman’s right to choose. Trump has said that women who have abortions should be punished in the law.

Like the ayatollah, Trump has gained the power to shape the judiciary on his own, since Mitch McConnell and Senate Republicans have relinquished that power to him, resulting in a new iron clad conservative SCOTUS that even made Wisconsin voters go to the polls during a pandemic.

Why is Trump claiming to be our Supreme Leader?

Trump wants to reopen the economy so badly he thinks he can live with the resulting deaths, though there is no evidence he has grasped how enormous that tower of skulls could be.

“Why don’t we let this wash over the country?”

Fauci at first couldn’t grasp the enormity of this genocidal inquiry, but finally understood exactly what Trump had in mind. He is said to have replied,

“Mr. President, many people would die.”

Then Trump wanted to reopen by Easter, and was only dissuaded when his campaign’s polling showed the public would, well, mind his whacking several hundred thousand grandmas, the same WaPo team reported.

Trump’s assertion of “Total Authority” is likely a shot across the bow of Democratic governors. He and his team want to get the economy roaring back to life in time for Trump’s reelection in November, and the longer it is shut down, the longer it will take for some semblance of normality to be restored. But the engines of the American economy are places like California, New York, Illinois, Washington state, and Michigan, whose governors care more about lives than the economy.

What Trump and the people around him don’t understand is that if they open back up in May, they may anyway create a second wave of the virus that would hit in early autumn, causing the economy to ground to a halt again just before the presidential election.

As for the claim of total authority, it is of course ridiculous. The Tenth Amendment says, “The powers not delegated to the United States by the Constitution, nor prohibited by it to the states, are reserved to the states respectively, or to the people.”

Some Trumpie loyalists have suggested Trump could use Article 1, Section 8, Clause 3 of the U.S. Constitution, giving Congress the power “To regulate commerce with foreign nations, and among the several states, and with the Indian tribes.” But you will note that this is a Congressional prerogative, not a presidential one, and that the governors’ shelter in place orders are anyway about intra-state commerce, though of course they do affect some inter-state commerce. Maybe the federal Congress could make some factories open, though California’s shelter in place order already excludes “essential industries” such as agriculture, critical manufacturing, chemicals, communications and defense industries. I suspect most California exports to other states come out of the essential industries anyway, and the Feds have no authority over things like local restaurants. Trump certainly does not.

Trump also hints that he could deny Federal aid to states (which they are provided because they declared a state of emergency) if their governors refuse to go along with presidential diktat. But as the CNN piece referenced above points out, the courts could well stop Trump from ex post facto trying to change the terms under which the Federal aid was pledged. Anglo-Saxon law has a large component of customary law and its magistrates typically mind when customary practices and understandings are abruptly overturned for extraneous reasons or out of shady motives.