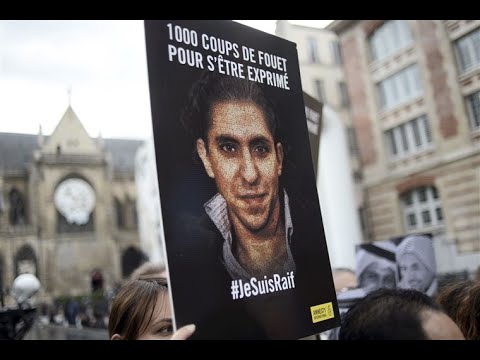 Ann Arbor (Informed Comment) – Middle East Online reports that Saudi Arabia has abolished flogging as a punishment. Henceforward, offenders will be fined or jailed instead.

It had been one of some 29 countries that still apply corporal punishment. Most of these countries are formerly British colonies that have retained older British penal laws from the colonial period, or they are Muslim-majority countries. Flogging is only prescribed in the Qur’an for adultery, as it was occasionally also in late antique Roman and Jewish law, but imprisonment in the house is also allowed for this crime in the Qur’an.

In Saudi Arabia, flogging really had nothing to do with Islamic law, but was rather like the situation French philosopher of history Michel Foucault described for the pre-Enlightenment era in Europe. Then, he argued, criminals who broke the king’s law were seen as having defiled the body of the monarch, so that in turn they were publicly punished by being mutilated, for instance drawn and quartered.

Saudis were being flogged to impose monarchical retribution and discipline on them. In 2015, a Saudi judge sentenced Raif Badawi to ten years in prison and 1,000 lashes for a tweet found injurious to religion. It caused a global outcry and harmed Saudi Arabia’s diplomatic relations with Sweden and other countries.

The move is part of Saudi crown prince Mohammed Bin Salman’s modernization drive, and one step in a bid to make Saudi Arabia less of a pariah on the world stage. It is a praiseworthy step, but by itself probably won’t change much. Saudi law still prescribes amputation of a hand for theft, and stoning for adultery (the latter a punishment that is not in the Qur’an and which was imported from Jewish law).

Moreover, substituting jail for flogging isn’t more human if people are still sentenced for thought crimes and are denied health care in jail so that they die in there, as happened On April 9 to to Abdullah al-Hamid.

“A leading Saudi human rights figure has died after suffering a stroke on April 9, 2020, Human Rights Watch said today. Abdullah al-Hamid, 69, spent the final seven years of his life in prison following his conviction in March 2013 on charges relating to his peaceful political and human rights activism.

Al-Hamid was a professor, political reformist, and a co-founder of the Saudi Civil and Political Rights Association (ACPRA). He advocated for human rights for over 25 years, and Saudi authorities had detained him more than six times since 1993. Saudi human rights activists say that al-Hamid did not receive adequate medical care prior to his death.

“We have lost one of the leading lights of Saudi Arabia’s human rights movement, but his message and the many activists he inspired will live on and continue pushing for reform,” said Michael Page, deputy Middle East director at Human Rights Watch. “It is unconscionable that Abdullah al-Hamid was forced to spend his final years in prison merely for criticizing Saudi Arabia’s rampant human rights abuses.”

In 2009, al-Hamid and other academics and rights activists co-founded ACPRA in response to the worsening human rights situation in Saudi Arabia. The organization called for Saudi Arabia to apply the principles of the Universal Declaration of Human Rights. It recommended creating a constitutional monarchy with an elected parliament and transparent and accountable legal institutions. ACPRA also helped many families sue the Interior Ministry for breaches of Saudi law in arbitrary detention cases.

In April 2012, he and other activists

On March 9, 2013, the Criminal Court in Riyadh sentenced al-Hamid to five years in prison and added an additional six years from a previous sentence that the late King Abdullah had commuted in a conditional royal pardon in 2006. The court ordered the confiscation of his assets, the dissolution of the ACPRA, and the closure of his social media accounts. He served his sentence in al-Ha’ir prison near Riyadh.

According to ALQST, al-Hamid’s health condition had deteriorated in recent months, and authorities delayed a heart operation a doctor told al-Hamid he needed in early 2020. ALQST said that authorities took steps to prevent al-Hamid from discussing his health condition with his family. He suffered a stroke on April 9 and remained hospitalized in a coma until his death on April 24.”

Large numbers of protesters and dissidents remain in jail in Saudi Arabia.

A major obstacle to the improvement of Saudi Arabia’s image is that its government assassinated Washington Post columnist Jamal Khashoggi in an Istanbul consulate on October 3, 2018, and despite promises of an investigation and a show-trial for low-level thugs involved, there has really been no accountability. The incident has made crown prince Mohammed Bin Salman unwelcome in most Western capitals. In the United States, his friends Jared Kushner and Donald Trump have used their power to deflect calls for punitive policies toward Saudi Arabia over the murder.

Even today, Al Jazeera journalists like Ghada Oueiss say that they are being personally harassed by Saudi cyber stalkers over their reporting of the Khashoggi case.