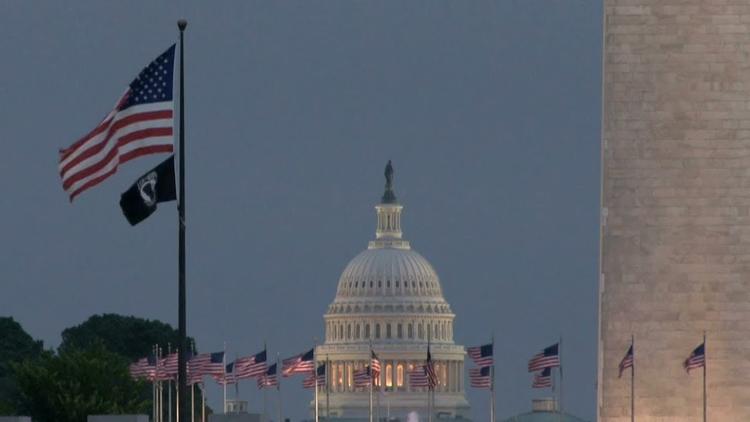 Greenfield, MA (Special to Informed Comment) -Budgets are moral documents (or immoral, depending on priorities). So also is tax policy.

Consider Trump’s proposed $1.3 trillion discretionary budget for 2021. In snapshot, the Pentagon gets 55% and every other need of 331 million people–from health, education, agriculture, transportation, environmental protection to housing–is left with 45%. As one retired colonel observed, “the military gravy train is running at full speed.”

Military weapons makers are the biggest winners raking in nearly ½ of every Pentagon dollar, an estimated $350 billion, annually. Moreover in the midst of the coronavirus (Covid-19) epidemic, the Pentagon is increasing periodic progress payments made to military manufacturers to keep them on schedule, a move described as a “taxpayer rip-off” by one retired Pentagon official.

Military corporations, though, trump military personnel. Tens of thousands of soldiers and their families rely on food stamps. For at least two weeks after our country was advised to implement social distancing, Army and Marine soldiers, against their own fears, were compelled to continue training in close mass formation. Paralyzed by indecision, mid-level leaders were waiting for higher command decisions. US Army Aviation aircrews were ordered to airlift coronavirus patients to local hospital without masks, disinfectant and medical guidelines. With no plan to quarantine the crew, they talked of taking off doors in flight.

Two other winners are Immigration and Customs Control (ICE) and its sister agency Customs and Border Patrol (CBP).

Under Trump’s proposed budget, ICE – the agency whose agents seize parents from their jobs and homes for deportation – will double by 2024. The proposed CBP budget would go from $14.8 billion to $15.6 billion, to bolster snatching babies and children from their parents at the US-Mexican border and caging them in crowded, unsanitary conditions. Budget priorities also include $2.3 billion investments in militarized border security technology, infrastructure and equipment, new border fencing, and hiring an additional 750 Border Patrol agents.

The 2017 tax cut – hyped as a bonus for all – has left our government with a multi-billion dollar debt that could have funded the missing coronavirus test kits, medical safety equipment, vaccine research, and urgently needed basic health care.

Thanks to this tax cut – the rich get richer: 72 percent of the tax cuts were directed to the wealthiest 20 percent of households. Ninety-one of the flourishing Fortune 500 companies paid no income taxes in 2018, and most of the rest paid half the rate they ought to have paid by tax regulation.

Trump’s proposed budget is one that prizes corporate life over human life; militarized security and walls over tackling the challenge of a humanistic immigration policy; and the wealthy over the rest of us. Another gift to corporate America is granting Gilead Sciences the exclusive right to research the drug remdesivir that shows potential for treating the coronavirus. If successful the company is guaranteed a 7-year patent, can set prices controls on it, will benefit from grants and tax credits, and could block manufacturers from developing generic versions at lower costs and more affordable for patients.

State Department: If Trump has his way, the State Department may be cut by 23 percent, thus undermining potentially more effective and intelligent response to conflict, such as diplomacy and humanitarian aid. Why not build our diplomacy capacity, given we have failed wretchedly in war since World War II in Korea, Vietnam, Afghanistan, the second Iraq War, and Syria, leaving millions dead, injured physically and spiritually, homeless and hungry. Even a majority of US veterans doubt that the trillion dollar wars they fought in Afghanistan, Iraq and Syria were worth fighting

The Environmental Protection Agency: The proposed cut of 27% is nothing less than insane, given increased coastline flooding and erosion, more extreme wildfires, worsened hurricanes and prolonged droughts from the climate crisis, all of which is estimated to

Health and Human Services: The proposed cut of 9% to Health and Human Services, including a 16% cut to the Centers for Disease Control, is homicidal. Local and state health departments across the country have lost nearly ¼ of their workforce–frontline health workers critical to stemming the spread of the virus–since 2008, when their positions were eliminated during the Great Recession.

Epidemiologist Larry Brilliant who helped eradicate smallpox underscored our underfunded and underprepared public health system: “by the time South Korea had done 200,000 Covid-19 tests, we had probably done less than 1,000.”

Why do we fail in protecting our own people’s health and well-being while we squander more than a trillion dollars each year – with the assent of both Republicans and Democrats – on maintaining a failed and futile military empire across the world?

Now what could be done to chart a better future for the 99%?

· Invest in diplomacy, lower the defense budget. Retrain workers for the Green New Deal as described in Warheads to Windmills, and quarantine fossil fuels where they are – in the ground.

· Restore the capacity of our health and environmental agencies to at least pre-2008 recession. Enact universal health coverage.

· Heed the call of the UN Secretary General Guterres:

“Put armed conflict on lockdown and focus together on the true fight of our lives — the pandemic.”

CGTN: “Trump signs US defense budget: what $716B buys in military might”