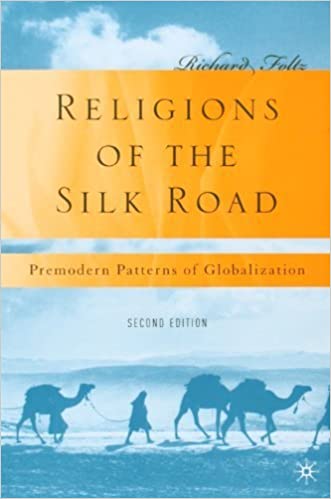 Discussions on the role of religion in the contemporary world generally fail to take into consideration an argument advanced by David Loy more than twenty years ago: namely, that the dominant faith system practiced across the globe today is in fact that of so-called “free-market” capitalism, a self-serving ideology forcibly imposed by a worldwide plutocracy of psychopathic bullies and based upon a blind acceptance of premises and promises that are not only unproven but are in many cases–e.g., unlimited “growth” within a system of finite resources–demonstrably false. Will the current crisis, which has rapidly and devastatingly demonstrated the inability of our corporate greed-driven economy and its unprincipled political (and yes, religious) enablers to provide the kind of urgent response the world needs, lead to a reassessment of its unchallenged privilege to direct and determine the future of all humankind? Or will the spin doctors of power succeed in twisting our understanding of the crisis into an even deeper embracing of a system whose principle achievement has been to concentrate wealth upward–at the expense of any kind of social justice and the integrity of the biosphere that makes all life possible–to a degree never seen before?

Never have the perverse priorities of submission to the Market God (Harvey Cox’s term) been more glaringly apparent, as its acolytes call upon our senior citizens to willingly sacrifice their lives for the sake of the economy.

Sadly, to a historian of religions none of the generally recognized faith systems in the world today seems to have entirely escaped the temptation to increase its own influence and wealth by manipulating its followers to ignore obvious truths (including those established by science) even when the result of this misdirection threatens our very existence as a species. How else to explain that while the overwhelming majority of people on this planet identify as religious, most of us continue to passively accept the many destructive and fundamentally unjust activities promoted by the priests of the Market and the missionaries of consumerism? Is it enough to recite “turn the other cheek”, “the world is a mosque”, or “all is one”, while making daily trips to the mall to buy products made by underpaid labour from raw materials that have been unsustainably extracted from an exhausted earth, products which–following their packaging–will soon wind up in landfills or incinerators that poison the soil, the water and the air upon which our lives depend?

Observe how nature has responded to the global pause in human activity: the air over Beijing and the canals of Venice miraculously self-cleaning within a matter of weeks! The fact that nature responds so positively to a diminution in our activities should be sobering. Should this not motivate us to reflect on the cavalier manner in which our way of life, under circumstances we consider “normal”, relentlessly degrades the natural elements most vital for our existence?

In my book Religions of the Silk Road (2nd edition, 2010), I identify patterns by which all of the so-called “world religions” spread and became institutionalized through their symbiosis with global economic networks. Recognizing this historical reality makes it easy to understand why they have all proven so accommodating to the Religion of the Market, even to the extent of assimilating themselves to it. Examples of this sad phenomenon are everywhere apparent.

It is tragic that in recent weeks so many nodes of transmission for the coronavirus all over the world have been large religious gatherings (churches in South Korea and the US, “ultra-Orthodox” Jewish communities in Israel and Canada, massive multi-day assemblies of Muslim missionaries in Malaysia and Pakistan, the Holi festival and multifarious pilgrimages in India…), in some cases when the risk of infection was known to the organizers. Even more tragic is that so many religious leaders of all faiths have been slow and at times even actively resistant when it comes to acknowledging the severity of the situation and the need to alter our behaviours accordingly.

Crisis entails opportunity, as ancient Chinese wisdom has it. The coronavirus pandemic should be a wake-up call, challenging us to question why it is that the structures and principles of the dominant corporate model have left us so vulnerable and unprepared. In light of this unprecedented global catastrophe, can there be any doubt that nothing less is called for today than a radical re-analysis and re-assessment of some of the most basic assumptions underlying our modern way of living in the world? Established religions, which all too often find themselves behind the curve of events and, disadvantaged by the inertia-inducing weight of tradition, choose instead the path of retreat into atavism, cannot avoid this call to introspection if they are to remain relevant.