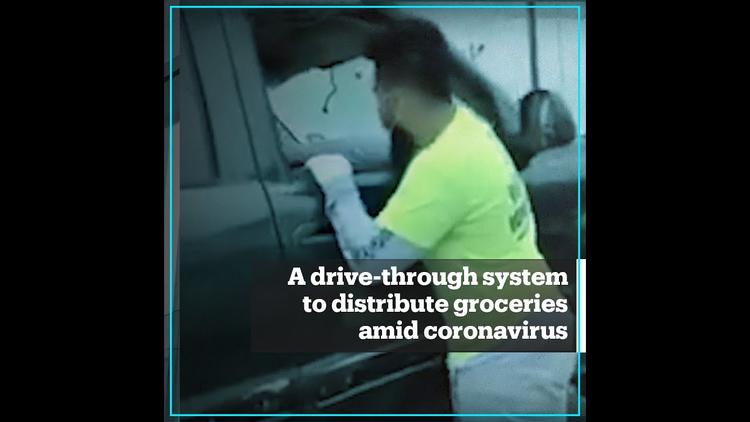 Ann Arbor (Informed Comment) – Muslim-Americans have stepped up to help in the fight against the novel coronavirus in ways that may not be apparent from watching cable television. They are disproportionately a first- and second-generation American community who have faced discrimination at Trump’s hands, and are among the targets of his two-month ban on issuing new green cards. Nevertheless, they are demonstrating their love for their country and for their fellow Americans.

Nearly 1/3 of American physicians are immigrants, and Muslim-Americans in medicine are certainly proportional to their percentage of the population, if not more. So thousands of Muslim-American doctors, nurses and other medical personnel are working to save Americans from the coronavirus and are risking their lives to do so. The first three physicians to die of Covid-19 in the UK were Muslims.

Aysha Khan at Religion News reports that by the beginning of April, “A Muslim-led crowdfunding campaign has raised nearly $500,000 to offer micro-grants to low-income American families whose livelihoods have been hurt by the outbreak of the novel coronavirus.” She says that the campaign by three weeks ago had already sent “assistance checks of between $250 to $1,000 to more than 660 households across the country, benefitting about 2,100 individuals of all and no faiths.”

She says that the initiative began March 14 with a Muslim-American crowdfunding platform, LaunchGood. The organizations behind it include CelebrateMercy, Penny Appeal USA and the Islamic Center at New York University. She quotes CelebrateMercy’s Tarek El-Messidi as saying, “We want the country to know that we are a vital organ to society.” He noted sardonically that they are more often thought of as a tumor.

Brad Townsend at the Dallas Morning News reports that Muslim-Americans in the Dallas area delivered to Parkland Memorial Hospital 1,500 meals, 1,000 face shields and 1,000 N95 surgical masks, and then threw in 1,000 boxes of sweets to hospital staff. Only someone with person experience of the generosity and kindness of Muslim communities would have known that last bit was coming. I’m sure that the staff, however, appreciated the N95 surgical masks most of all, since our medics need them to avoid becoming infected themselves as they help others. They also handed out 900 face protectors to Baylor Scott & White in Irving and Sunnyvale, Dallas Regional Medical Center in Mesquite and the Mesquite Police Department, Townsend reports. And they say this is only the beginning.

Townsend quotes Omar Suleiman as saying, “I think what’s beautiful about this is it’s not one of our many Muslim community nonprofits that are out there right now, serving the elderly and the vulnerable and doing all sorts of drop-offs in the community. This is just a group of people who started coming together on a regular basis and have been overwhelming hospitals with kindness.”

In other words, this is all being done spontaneously by a group of individuals who came together for the purpose, at the instance of businessman Marwan Nafal and his friends, who initially had a goal of providing 5,000 face masks to frontline health and other workers.

Nikki Gaskins at Patch.com reports that American Muslims of Syosset, Long Island, donated “$6,000 to support local healthcare workers and first responders . . . The money was then used to purchase 7,000 gloves as well as 2,000 surgical masks and 100 bottles of hand sanitizer and disinfectants. The items were delivered directly to hospitals, including Good Samaritan Medical Center and Catholic Health Services.” Hassan Sheikh of the organization pledged to do more. These are desperate and uncertain times, in which donating money may not come easily to people, but the Long Island Muslims stepped up.

Umar A Farooq at Middle East Eye reports that in Rhode Island, Dr Noreen Shaffi, president of Americans Helping Others Prosper (AHOPE), used her contacts to donate 4,500 KN95 masks from China to Rhode Island Hospital. Muslim-American physicians are a prominent and numerous group, and they are well connected to international supply chains. They have been using their connections to help America.

Penn Live reports that the Muslims of central Pennsylvania are “delivering food, medication to sick and elderly during coronavirus pandemic.” Many mosques are also offering pick up soup kitchens.

Zaynab Iqbal at Bklyner reports that Brooklyn’s Muslims Giving Back (MGB) has been feeding the homeless in NYC for years, and now young volunteers have stepped up to keep the program going, as elders are told to self-quantine. On Saturday alone they made 100 meals available for pick up at their community center food pantry.

Making up only a little over one percent of the US population at about 3.5 million, Muslim-Americans have been in North America for centuries. Perhaps 20 percent of the 600,000 African slaves brought here were likely Muslims, and guess who built the White House? As late as the 1930s, older African-Americans born as slaves said in interviews that they remembered their mothers bowing toward the east at dawn. Beginning in the 1880s, Lebanese and Syrian Muslims began coming to the US. I spoke to one Lebanese-American man whose grandfather had been a cowboy in the West. We don’t usually take the Shiite cowboys into account. From the 1930s the Nation of Islam grew up among African-Americans, and in the 1970s most of them converted to Sunni Islam. From 1965, large numbers of Indian and Pakistani Muslims came to the US, the wealthiest and best-educated of any immigrants in the past few decades. Many of them are physicians.