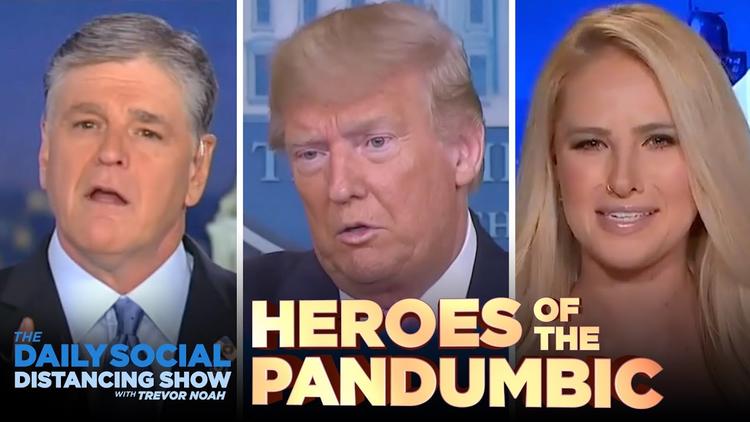 Ann Arbor (Informed Comment) – I have long thought that Fox Cable “News” was open to lawsuits for its persistent purveying of falsehoods to viewers, some of which will cost lives. I wouldn’t be surprised if it gets sued over it climate change denialism, for instance. All you need is for a viewer to maintain that they lost the value of their beachfront property as the seas rose because they depended on Fox’s denials that it was happening.

I am not urging a rash of lawsuits against media for innocent mistakes, which would harm our first amendment. But in the case of Fox, they have a systematic editorial policy of outright dishonesty, and where that leads their viewers into danger, it is a tort.

But one group has decided to go ahead with a suit over the “network’s” false and dangerous “coverage” of the coronavirus pandemic, in which its anchors and guests have repeatedly referred to the most dangerous disease outbreak in over a century as a “hoax” and have advised against social distancing techniques as an overblown “panic” response.

Sara Jean Green of the Seattle Times reports that WASHLITE, a non-profit in Washington state, is suing Fox Cable News for, in essence, consumer fraud over its months of coverage calling the coronavirus a hoax. Fox broadcasts over the airwaves and so can be regulated by the Federal Communication Commission. The story of the suit was first broken by Ken Stone at the Times of San Diego.

Fox anchors encouraged people to go out to eat at restaurants during the pandemic.

WASHLITE says that its members saw Fox’s public broadcasts and that at least one of their board members has contracted the coronavirus. This detail is important because the first bar a plaintiff has to get past is being recognized by a court as having standing to sue. If WASHLITE has affected members, that gives the organization a better shot at actually being allowed to go to trial.

On Feb. 25, a Fox host blubbered approval of a Trump spokeswoman confidently predicting that the coronavirus would not come to the US, “in welcome contrast to the Obama administration.”

On the same day Larry Kudlow said coronavirus was “contained” on Feb. 25th, Trump’s campaign spox made an even more bold claim.

“We will not see diseases like the coronavirus come here..and isn't it refreshing when contrasting it with the awful presidency of President Obama." pic.twitter.com/O0DDH3Rvkw

The Fox messaging was so terminally stupid that even that network, which has made its way in the world by attempting to spin the facts in favor of Republican Party talking points and has actually falsified video, that it left comedians like Trevor Noah of the Daily Show on Viacom’s Comedy Central with nothing to do but just play its clips:

Saluting the Heroes of the Coronavirus Pandumbic | The Daily Show

In fact, Fox generated so many hours of risible and yet tragically lethal broadcasts that Mr. Noah felt it necessary to do a sequel:

Pandumbic 2 (The Sequel) | The Daily Show

Fox was forced by the dead hand of Reality abruptly to reverse itself in mid-March, as the Washington Post delighted in pointing out.

The Washington Post: “How Fox News has shifted its coronavirus rhetoric”

Fox pooh-bah Sean Hannity, having read Orwell’s 1984 not as a cautionary tale but as a how-to manual, attempted to rewrite the history of his repeated and humiliating denials of reality.

A Washington Post vlogger and media critic, Erik Wemple, let Hannity have it over this attempt to cover his tracks. Hannity ridiculed @erikwemple for not having 100,000 followers on Twitter, so I think we should all follow him and put him over. Middle-aged bullies on big networks always underestimate bloggers and vloggers, apparently unaware that network television is a bit of a dinosaur and people can outdo Hannity for viewers out on something called “the internet.”

NBC Late Night host Seth Meyers also took on Hannity’s denial that he ever called the coronavirus a “hoax” after having done so repeatedly and over months (10:56), calling Hannity “Alex Jones without the brain pills” (referring to the infamous tin foil hat-wearing star of ‘Infowars’):

The role of Fox as a mass media broadcaster in encouraging people to dismiss the threat of the novel coronavirus and to continue to mingle socially for months as the virus spread around the country silently is akin to genocide, since their bad advice and outright lies will kill large numbers of Americans– far more than al-Qaeda ever dreamed of polishing off. That’s right, the new terrorism on steroids is the far right and its mass media.

Even if the Washlite suit fails, there is plenty of ammunition for a multi-billion-dollar class action lawsuit against Fox by survivors of the people they will have killed.