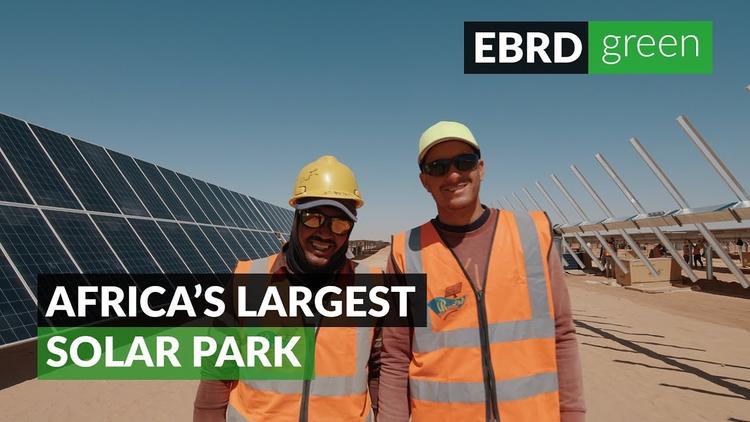 Ann Arbor (Informed Comment) – Simon Nicholas at South Africa’s Business Live reports that the proposed huge new Hamrawein coal-fueled power plant in Egypt has been shelved. There are now no new coal plants planned in Egypt, which is pivoting toward renewables after years of mainly relying on fossil fuels.

One cause for the demise of Hamrawein, which was backed by an Egyptian firm plus China’s Shanghai Electric and Dongfang Electric, is the global economic slowdown caused by the novel coronavirus pandemic. Egypt just doesn’t need a huge new coal plant for the foreseeable future.

Nicholas further argues that the country’s turn to solar projects is implicated. The sun does not shine at night, so you need power plants that can scale down during the day and scale up at night in order to keep the grid stable. (Soon cheap massive batteries will store solar power for use at night, but we’re just a few years away from that development). Coal plants are inflexible and cannot in fact be powered up and down in the agile way necessary to serve as a baseline power source.

Natural gas is much more flexible, and will likely be used for this purpose until big batteries become cheaper. Portugal has also demonstrated that you can computerize the grid and feed nighttime wind power in as the solar plants go offline, which reduces the need for fossil fuels.

Hamrawein was intended to be part of China’s Belt and Road Initiative (BRI), which seeks to bind Afro-Asia to China economically and to create enormous new South-South trade infrastructure and opportunities for commerce. Much world trade is still north-south, with northern industrial countries making the lion’s share of the money while the global south produces primary commodities that are much less lucrative than industry.

It is one of the major flaws of the BRI that it often includes plans for coal plants, which burn the most dangerous of fossil fuels, putting out enormous amounts of carbon dioxide, a toxic heat-trapping gas. To be fair, the BRI also typically contains plans for solar and wind plants, but you can’t solve the climate emergency with an “all-of-the-above” energy policy. Net carbon zero requires abandoning fossil fuels entirely.

Although it has traditionally depended on fossil fuels for the rest, Egypt is becoming a major renewables player. Just last December, Egypt finished the second phase of its massive Benban Solar farm in Aswan governorate, which is the largest in the world! Its capacity is nearly 1.5 gigawatts. Egypt is also building the biggest wind farm in the world, at Gabal el-Zeit in the Red Sea governorate. The 300 wind turbines in the complex will have a capacity of nearly 600 megawatts.

Just to underline, Egypt is in the process of building both the biggest solar farm and the biggest wind farm in the whole world. The country hopes to get 20 percent of its energy from wind and solar within just two years, and is on track to succeed. While current plans are to double that by 2035, the cost of renewable electricity is falling so fast in Egypt, which has abundant sunshine and lots of wind, renewables could well just take over the market.

Egypt is one of the countries most vulnerable to the climate emergency and global heating. Sea level rise threatens to inundate the low-lying Nile Delta, and Upper Egypt is already almost unbearably hot during the summer. It could become inhabitable if the earth warms substantially. The country also suffers from a severe water shortage, and increased evaporation from Lake Nasser and the Nile will make things worse. So Egypt has every reason to embrace renewables.

As for coal, its future is dim, and in Egypt it seems to have no future at all. Ironically, a small strip of RNA helped kill its prospects.