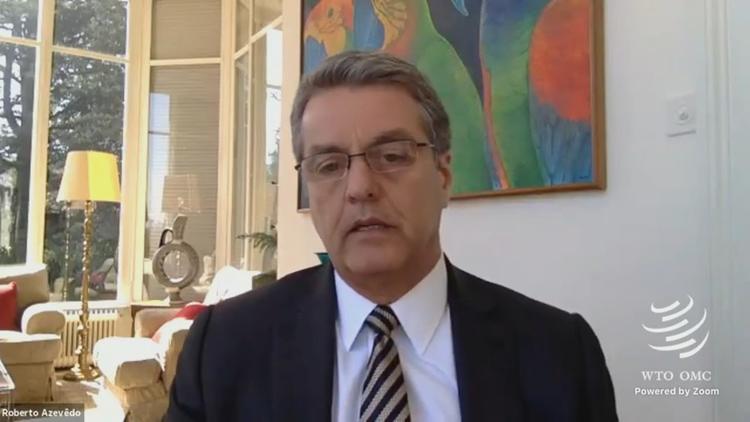 A recession was inevitable, but COVID-19 and the Trump Administration’s failures are making it worse.

San Francisco (48hills.org) – The current recession was triggered by the COVID-19 pandemic. But after 11 years of economic boom, a capitalist bust was inevitable. And it’s being made worse by the Trump Administration’s blunders.

Here in the US, shuttered businesses, massive unemployment, and the spread of a deadly disease are grinding the economy to a standstill.

Economists at Morgan Stanley predict the Gross Domestic Product (GDP) will decline at a 38% annual rate in the second quarter this year and by -5.5% for 2020. By comparison, the economy contracted at an annual rate of 8.4% in the worst quarter during the Great Recession of 2007-09. (A recession is defined as two or more successive quarters of negative GDP.)*

Optimists in Washington predict a “V” shaped recovery—a sharp economic plunge followed by a sharp return to normalcy. They believe we’ll be back to Trump boom times as soon as the pandemic recedes.

But that prediction comes from Fantasyland..

Large states such as New York and California will be shuttered at least until May. But because of the lack of a national plan, other states are seeing an upswing in virus infections and have only recently ordered residents to shelter in place.

New COVID-19 epicenters will likely emerge in Florida, Texas, and other states where rightwing Republican governors refused to protect their people in a timely manner. As late as April 7, when 95% of the US population was under instruction to “shelter in place,” nine states had refused to issue statewide stay-at-home orders.

So we may see pandemic recoveries in some areas while others continue shutting down for months.

“There will be no nationwide all-clear signal,” says Sylvia Allegretto, a labor economist and co-chair of the Center on Wage and Employment Dynamics at the University of California, Berkeley. In a phone interview, she tells me that epidemiologists predict that the virus will continue in regional hotpots. “So we’ll likely see an initial significant economic bounce back followed by slower, possibly uneven, growth.”

How bad is the economy?

David Kotz, an economics professor emeritus at the University of Massachusetts Amherst and an old friend, tells me the US was due for a recession as an inevitable part of the capitalist boom and bust cycle.

The economy did show signs of a possible recession towards the end of 2019 and beginning of 2020, he explains. “Then the coronavirus walloped the economy.”

Kotz says the decisions made by the Trump Administration have worsened the pandemic and hurt the economy. Trump hasn’t made sure that hospitals and first responders have the necessary equipment and supplies, so “states and localities are forced to compete with one another for scarce medical resources, instead of them being directed to the areas of greatest need.”

The Trump Administration cut funding for vital health services and replaced competent government officials with “political hacks whose only qualification is willingness to praise Trump. That has undermined the ability of the government to respond to this crisis,” he tells me.

“Trump’s slow and inconsistent response to the pandemic will prolong the economic crisis,” says Kotz.

Trump has also refused to suspend tariffs imposed on numerous countries, from France to China. The tariff policy had already slowed the economy, according to Kotz, because business people couldn’t be sure if other countries would impose retaliatory tariffs.

“Tariffs reduce business investments and will retard the recovery,” he says.

The US government response to the pandemic has been to give qualifying individuals $1,200 direct cash payments and let small and large businesses apply for large loans and grants. The federal government will also extend unemployment insurance, which will be changed to include gig workers and independent contractors.

But even this $2 trillion package won’t be enough. Leaders in Washington are already preparing for another outpouring of cash. They face a serious problem, however. No one can predict when the quarantines will end, nor whether consumers will spend money once they do. The recession could deepen.

The recession has already changed political dialogue in the US. Small government Republicans suddenly favor massive government intervention. Corporate denunciations of socialism have transformed into cries of “help me, Washington.”

Reforms that once seemed out in left field are being seriously considered. Here are a few reforms that could slow the recession and permanently help the economy:

* Medicare for All. A single payer health care system would guarantee that everyone could be tested and treated. It could improve health care delivery for African Americans and other people of color.

* Nationalized payroll where the federal government pays workers’ wages to their employers for the duration of the crisis as is being done in Germany, Denmark, and Ireland.

* Use the Defense Production Act to produce needed health equipment and make sure it’s distributed where it is needed.

* Suspend monthly payments for rent, mortgages, and student, medical, and consumer debt for the duration.

The government could partially pay for such plans by trimming the Pentagon budget and increasing taxes on the rich. But it would have to allocate trillions more. The government bailout laws now spend trillions to subsidize big corporations. Why not provide assistance directly to ordinary people?

Unionized nurses in western Pennsylvania went on strike to protest the failure of their nursing home employer to provide protective masks. Gig workers at Shipt, a delivery service, have started a unionization effort. Amazon workers are increasingly angry at working long hours under unsafe conditions. Some walked off the job to protest.

It’s too soon to know if these are the beginnings of a wider anti-corporate, pro-union movement. But an ongoing recession will make people angry and reduce at least some of Trump’s support among white workers and small business people.

So tie your face mask tight. The coronavirus and its impact are yet to be fully felt.

How capitalism responds to a pandemic crisis

* Hospitals across the United States are laying off doctors and nurses just as they are needed to fight the pandemic. Medical facilities have canceled elective surgeries and other lucrative procedures. As they lose money, for-profit hospitals reduce pay or lay off staff. What could be more irrational than laying off doctors in the midst of a pandemic?

* Ambulance drivers face layoffs in Alameda County, east of San Francisco. Falck, a multinational corporation that owns the privatized ambulances, threatens to layoff many of its 600 workers because the state’s stay at home policy has reduced the number of ambulance calls. So at a time when authorities expect a spike in emergency COVID 19 cases, EMTs may be filing for unemployment. Cities such as Berkeley that hire EMTs through their fire departments will not be affected.

* In New Jersey, Baruch Feldheim bought up tens of thousands of masks, gloves, and protective gowns in order to sell them for huge profits, in one case at a 700% markup. Federal prosecutors charged him with making false statements and assault on a federal officer. I can’t wait for federal prosecution of corporate CEOs for price gouging, but I’m not holding my breath.

Reprinted from 48hills.org with the author’s permission.