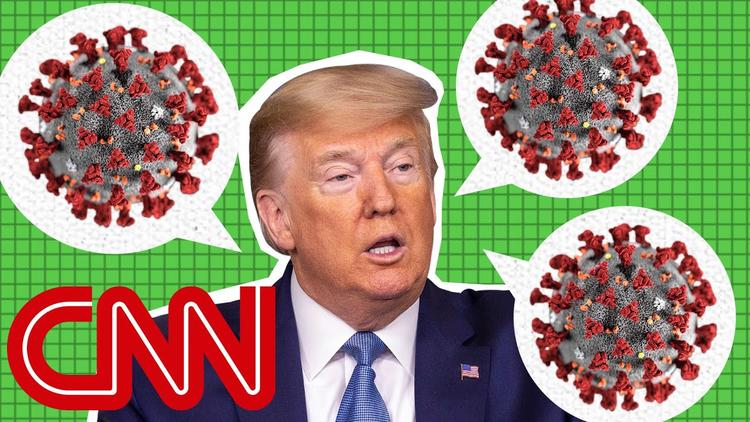 When history finally conducts an autopsy into this horrendous pandemic, the national security state that failed to protect us cannot emerge unscathed.

Their targets ranged from “Transactions with Terrorists Who Threaten to Disrupt the Middle East Peace Process” and “Transactions with Significant Narcotics Traffickers” to “the Anchorage and Movement of Vessels with Respect to Cuba” and “Persons Undermining Democratic Processes or Institutions in Zimbabwe.”

By the time President Trump declared a national emergency to divert federal money toward border wall construction in February 2019, 31 of these earlier emergencies were still active. Supporters of the president were eager to highlight this fact, and — even though the border wall emergency remained constitutionally dubious — they weren’t wrong in highlighting how Trump was only making use of a tool that the executive branch of government had normalized over time.

We have a generously funded and legally unencumbered national security bureaucracy, embodied in the ever-expanding Department of Homeland Security (DHS). We have a sprawling global intelligence apparatus, spread across seventeen federal agencies and armed with far-reaching powers of surveillance and policing. We retain what is grandly labelled a “National Security Council” — an assortment of the best and brightest minds serving at the sole behest of the president since the Second World War. We have had a Congress willing, in some shape or form, to create and sustain all these institutions for most of the past six decades.

Critics have asked: Does the most powerful nation on earth — which has only substantially been attacked three times in its entire history — need to be governed like this? What about all that stuff from the “founding fathers,” who trembled under their powdered wigs at the prospect of Old World militarism? Might an enormous bureaucratic juggernaut dedicated to the vague idea of security create some problems for civil liberties?

The response to these queries has been simple: We must prepare for the worst. Since September 11, 2001, this argument has resonated with large portions of the American public, not to mention politicians.

But our immovable commitment to “Homeland Security” encompasses much more than terrorism. An incomplete list of threats identified by the American national security state in recent years would also have to include climate change, drug trafficking, Russian trolls, piracy, cybercrime, mass-marketing fraud, “criminal aliens,” and — of course — pandemics.

How, after devoting so much of our resources and energy toward constant crisis management, did we mismanage the mother-of-all-crises so badly?

Perhaps the most obvious answer centers on the current occupant of the White House.

It turns out that relentless, tacky showmanship, spectacular inattention to detail, and wild inconsistency aren’t ideal leadership qualities when the plague looms. From President Trump’s abject failure to create a national testing program to his dissolving of the National Security Council’s pandemic unit in 2018, the commander-in-chief has rightly earned from many Americans a score rather lower than the 10 out of 10 he has given himself for COVID-19 management.

It is difficult to refute the argument that this catastrophe is, at bottom, the president’s fault. The evidence is strong, and the logic is straightforward.

Nevertheless, there are features of this nation-wide fiasco that cannot be blamed entirely on Donald Trump: the tragi-comically inadequate congressional relief efforts, the deadly shortages produced by a parasitic, profiteering health care market, the hero-worship of moderately competent governors who provide no more than token support to the masses of poor, working people most threatened by the virus.

Of course, a better president could have alleviated these problems by acting early, trusting scientists, and fully utilizing key powers like those granted by the Defense Production Act.

But even the most detailed and well-executed plan — produced by the National Security Council specialists who we now wish could rescue us — wouldn’t fix the health care racket, wouldn’t relieve the economic pain, and wouldn’t guarantee anything for essential workers. When operating at maximum efficiency, America’s permanent emergency government is overwhelmingly geared towards other things — things that make better television.

We’re ready to fight two big damn wars at once and to station men, women, and robots all over the world just in case some pipsqueak chooses to mess with us. We’re ready for Iranian sneak attacks and Cuban microwave weapons; one-eyed terrorists and underpants bombers.

Personal protective equipment? Hospital beds? Emergency rent moratoriums? Emergency income support? Not part of the plan — or, at least, the plan backed by all the money and all the important people.

No doubt, political scientists — once they exhaust themselves from a greater than usual outpouring of anger against Donald Trump — will highlight numerous other causes of the American government’s COVID-19 disaster. Federalism could work better. Congress could have a half-decent plan for working remotely. Expertise could be better integrated into policymaking.

Yes, yes, and yes. But for years we have poured incalculable cash and personnel into preparation for the worst. Something close to the worst came, and we botched it badly. When the nation finally conducts an autopsy into this horrendous mess, the system that was supposed to guard against it — the national security state, or whatever we choose to call it — cannot emerge unscathed.