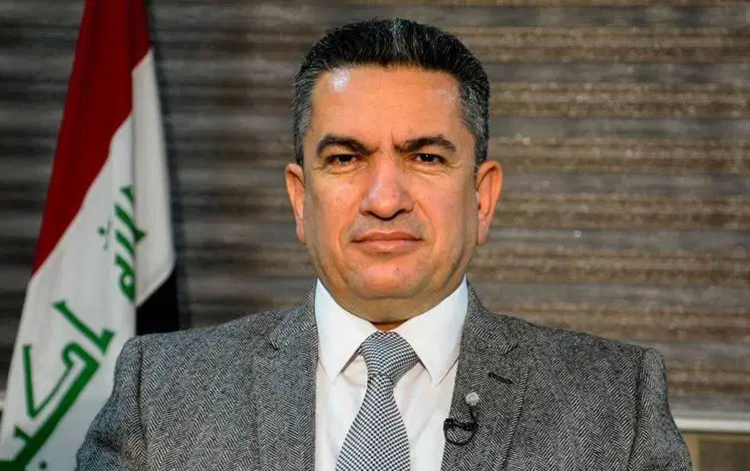 Ann Arbor (Informed Comment) – The current nominee to be the next prime minister of Iraq, Adnan al-Zurfi, says that He has asked the US ambassador in Iraq for a timeline for a withdrawal of the some 5,000 US troops from his country.

His statement came just a couple days before the US Halliburton oil company facilities at Basra came under attack. Former vice president Dick Cheney, the architect of the US attack on Iraq in 2003, is the former CEO of Halliburton.

In a television interview Sunday evening reported by Rudaw, al-Zurfi said that the US ambassador, Matthew H. Tueller, agreed that half of the US troops in Iraq would leave by December 31 of this year, and a schedule for the departure of the other half would be readied by the first of January, 2021. Al-Zurfi added, ““Iraq does not need foreign troops on its soil.”

I’m not sure al-Zurfi actually got this commitment from Ambassador Tueller, since it seems reasonable and so does not sound like the Trump administration. But I’m sure al-Zurfi told Tueller that is what he wants, and is what he would say on TV.

My guess is that a couple thousand US military trainers have already left Iraq in the past few weeks, since army training has been canceled amid the coronavirus lockdown. They are said to be prepared to return in May, but it isn’t clear that will happen. I can’t find statistics for how many US service personnel are currently in Iraq, but it may be as few as 3,000. Moreover, some special forces troops are also being pulled out, as the US has abandoned four smaller bases in the past month. My guess that all this is being done quietly and under various rubrics in order to avoid it coming to Trump’s attention. But getting out is the only way to avoid a chain of attacks on US troops. Several have been wounded and two killed recently by angry Shiite militias.

Al-Zurfi’s proposal is tailored as a compromise between the angry, petulant and mercurial Donald Trump and the Shiite Popular Mobilization Forces (PMF) with whom he has been feuding. After Trump bombed bases of the Party of God Brigades (PGB) in late December and then on January 3 bombed Baghdad International Airport, assassinating PGB leader Gen. Abu Mahdi al-Muhandis and Iranian Gen. Qasem Soleimani, the PMF angrily demanded that US troops be expelled from the country, and parliament so voted in January. Trump said that if the troops were kicked out, he would slap sanctions on Iraq. He also said, however, that he is eager to get US troops out of Iraq.

So al-Zurfi’s announcement seeks to reassure the Popular Mobilization Forces that the US is leaving, while saving face for Trump since the departure is stage-wise and won’t be directly linked to Trump’s own rash assassination of an Iraq general. The Iraqi parliament in 2018 regularized the PMF as a sort of national guard, so Trump actually killed a prominent Iraqi general even while US troops in that country are supposed to be training and cooperating with the same Iraqi military. Many Iraqi troops in the regular army are Shiites and some used to belong to these same Shiite militias, or have deep sympathy with them. The PMF is widely held in Iraq to have been instrumental in saving the country from the ISIL terrorist group at a time when the Iraqi army had collapsed.

Al-Zurfi’s attempt at a compromise on this issue, moreover, surely comes out of a strategy to get confirmed by parliament as the prime minister. The current caretaker prime minister, Adil Abdulmahdi, resigned in October as a result of massive anti-corruption street protests. Several successors were tried out, but none could get a majority in parliament.

Al-Zurfi’s own chances of being confirmed are low. He was nominated by Barham Saleh, Iraqi’s pro-American, Kurdish president. Al-Zurfi was appointed governor of Najaf by American viceroy Paul Bremer, and although he is a Shiite himself, is widely mistrusted by Shiite parties as too pro-Washington.

Eight of the Shiite groups making up a sort of national guard just issued a memo demanding the immediate departure of US troops, and rejecting al-Zurfi’s candidacy for prime minister.

The issue won’t be settled soon, since parliament cannot meet to accept or reject al-Zurfi because of the pandemic lockdown. Even when it can meet, it has to take into account the threats of violence from the PMF if it approves al-Zurfi.

So that compromise al-Zurfi seems to have been offering? It doesn’t look promising.