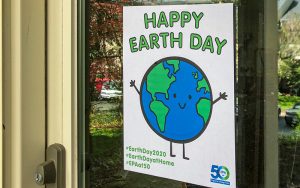 PHOENIX (Cronkite News) – The irony of indoor celebrations of a day dedicated to the outdoors is not lost on Hazel Chandler, 74.

“It makes me really sad,” the Phoenix resident said when asked about this year’s celebration. “Fifty years ago in 1970, you know, I was part of the first Earth Day activities (in San Diego), and our nation right then was in serious trouble with environmental issues.”

In 2020, serious environmental issues remain, but another threat is preeminent: the COVID-19 pandemic, which pushed most Earth Day celebrations online.

The first Earth Day on April 22, 1970, was intended to raise global awareness of pressing environmental issues like improving air quality, and prompt people around the world to demand changes.

People are displaying homemade signs and art in their windows to celebrate Earth Day this year while social distancing measures are in place. (Photo courtesy of U.S. Environmental Protection Agency).

“We passed the EPA,” Chandler said of the Environmental Protection Agency, which was established in December that year. “We did the Clean Water Act, the Clean Air Act, the Endangered Species Act, and you know, the list goes on and on of significant environmental regulations that were put in place during that period of the first four or five years after the first Earth Day.”

A half century later, Earth Day celebrations continue, especially concerning climate change. Although Earth Day is digital this year, it isn’t stopping Arizona environmental groups from observing the 50th anniversary of the holiday.

Chandler is the co-chair of Elders Climate Action’s Arizona chapter and is a consultant with the Union of Concerned Scientists. Both groups, along with Arizona’s Youth Climate Coalition and other partners, are coming together to host a virtual town hall on Wednesday.

Daniel Casanova,18, with Arizona’s Youth Climate Coalition, will moderate the panel, which is dedicated to discussing the future of climate in the age of COVID-19.

“I think every day should be Earth Day,” the Tucson native said. “And every day should be filled with decisions that we have to be making, keeping in mind how can we be a part of the solution to the climate change issues that face our society today.”

Phoenix resident Columba Sainz, who’s with the Arizona chapter of Moms Clean Air Force and Ecomadres, is trying to instill that concept in her children.

“I have three little ones. They’re five, three and one, so I definitely want them to be involved,” she said. “In past years, we’ve been planting trees in our community. This time, we planted flowers at our house.”

Sainz also has participated in live storytime events hosted on the Mom’s Clean Air Force Facebook page in the past week. She has worked to further her goal of teaching children about the Earth by reading to them over social media in Spanish and English.

She will also be part of a Facebook Live discussion on Wednesday, which brings together moms from Washington state, Nevada and Arizona.

These discussions surrounding Earth Day won’t occur in person, but Sainz underscores the connections that are built by continuing efforts digitally.

“It’s different because we aren’t connected with our community, but at the same time I feel the connection, how everyone from their houses still wants to contribute to this day,” she said. 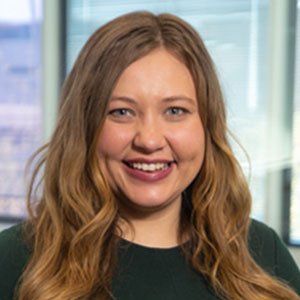