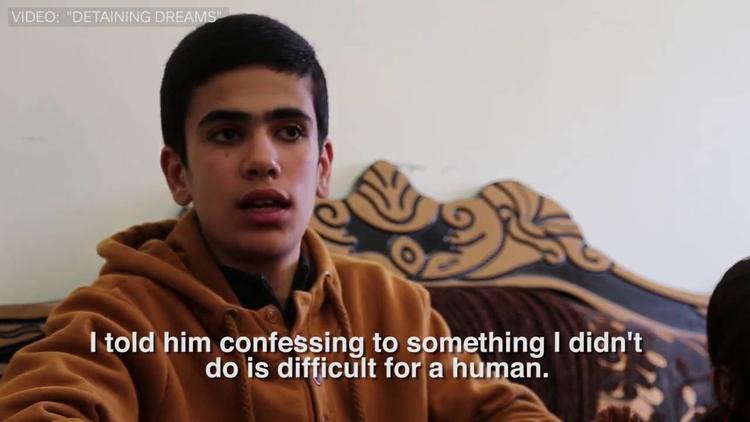 ( Middle East Monitor ) – Unsurprisingly, Israel has not heeded requests to safeguard the health of Palestinian prisoners in its jails. Besides recommending “precautionary measures”, which are likely to provide no protection in confined spaces, it seems that Israel will persist with its medical neglect strategies, which have resulted in Palestinian prisoners dying. Yet again, there have not been, and nor are there likely to be, any repercussions from the international community.

The initial appeal by the prisoners has been followed up with a petition launched by the Palestinian Prisoners’ Society asking for international intervention. The petition calls for the release of over 1,000 Palestinian prisoners — the most vulnerable or susceptible to illness — given that Israel routinely disregards the health concerns and conditions of the people it puts behind bars. Two Israeli prison officers have already contracted the coronavirus Covid-19, and a recently released Palestinian prisoner has also tested positive, thus raising concerns about the spread of the virus while Israel, true to its extermination by stealth tactic, does nothing.

Appealing for urgent humanitarian action is unlikely to prompt UN action against Israel. Bureaucratic statements and recommendations have failed to put an end to Israeli practices such as administrative detention — jailing someone indefinitely with neither charge nor trial — and the abuse of minors in prison; the deprivation of rights, including family visits; and both timely and appropriate medical attention.

The fear of medical neglect among prisoners is justified. Since 1967, 222 Palestinian prisoners have died after Israel refused treatment for life-threatening illnesses, including cancer. If Israel deprives Palestinians of treatment for illnesses which are not contagious, how will it act when faced with the possibility of a pandemic spreading which has the potential to wipe out the stalwarts of Palestinian resistance to its military occupation?

On both political and humanitarian grounds, the UN should intervene to safeguard all Palestinian prisoners from the possibility of dying as a direct result of Israel’s withholding of treatment. However, the UN’s agenda is divested of protection for human rights, in particular those in association with colonial violence. The pandemic will not reduce international support for Israel and Palestinians risk becoming collateral damage in a political system which has lost its penchant for statements attesting to the illusion of international protection for human rights. The coronavirus has exposed an international political failure to protect the most vulnerable; Palestinian prisoners, forgotten until a coordinated hunger strike or a death makes headlines, are about to experience the collective intent to ignore a catastrophe in the making.

Palestinians have been forced into cooperation with the Israeli authorities to halt further contagion. As in other examples where their leaders work with and for Israel, however, the Palestinians are the least likely to reap the benefits, in particular if there is an increase in surveillance on behalf of Israel and the Palestinian Authority.

As each country focuses on its concerns at home, global solidarity with Palestinians at a crucial moment is at an all-time low. For Palestinian prisoners, the consequences of such international disinterest are heightened. Double standards as regards the sense of urgency which the pandemic is evoking are being applied; Israeli cases of coronavirus are juxtaposed against security when it comes to speaking about Palestinians who have contracted the virus. Palestinian prisoners simply don’t matter as far the pedlars of Israel’s security narrative are concerned, even in the middle of the coronavirus pandemic.