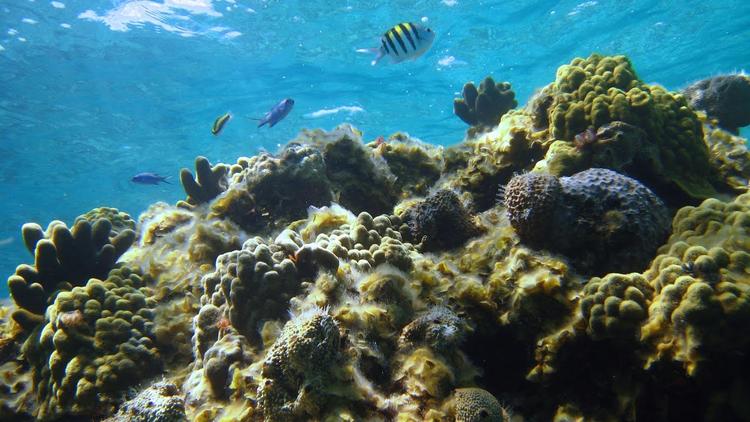 Marine life is full of potential treatments, including the first antiviral approved for Covid-19 patients

( China Dialogue ) – We must think about how we emerge in a new and more sustainable post-crisis world that places living resources at its heart. When thinking about life on Earth, there is no better place to start than the ocean. Life was born here, it produces 70% of Earth’s oxygen, and three-quarters of all animal biomass.

There is a long history of ocean organisms contributing to biomedical science and biotechnology. Electrical impulses in the nervous system were understood by studying squid; livers and the immune system were illuminated by sharks; secrets of fertilisation and sight revealed through horseshoe crabs. New laboratory techniques have also been developed: the near-universal marker of gene expression, green fluorescent protein (GFP), was derived from jellyfish. Enzymes from sea sponges and deep-sea vent worms have been used to start and stop reactions, while horseshoe crab blood reagents are commonly used to test for bacteria.

A treatment for coronavirus?

Remdesivir, an antiviral derived from sea sponges, was approved as a treatment for Covid-19 by the US Food and Drug Administration on 1 May.

Tens of thousands of unique biochemical compounds have been isolated from sea creatures, many of which have led to the development of life-saving therapies. Species like sponges, anemones and corals are soft-bodied and don’t move much, leaving them open to predation. In response, they have developed strong toxins and poisons to keep predators away – making them remarkably potent medicines. So far, the US Food and Drug Administration has approved ocean-derived drugs for HIV, herpes, cancer, pain and cardiovascular disease, with more on the horizon.

Some are already being explored for use against Covid-19 – like M101 (Hemarina) derived from beach worm haemoglobin to increase oxygenation in patients in respiratory distress, or remdesivir (Gilead) as an antiviral. Remdesivir is a nucleoside analogue, a class of drugs only developed after being found in sea sponges.

Marine-derived bioproducts also show considerable potential in other medical areas, and have a faster and cheaper development pipeline. Jellyfish collagen for tissue engineering, cod skin for wound treatment, and

Beyond medicine, marine species have remarkable potential to disrupt other biotechnology-dependent industries. In response to the plastic pollution crisis, some innovators have turned to seaweed to create biodegradable plastic products. Algae are used for energy, nutrition supplements and livestock feed. Aquaculture is harnessing a spectrum of marine-derived innovations for fish feed and fish health. And a recent ocean sampling study has uncovered a new universe of complexity in the marine microbiome, sequencing billions of base pairs, and hinting at virtually boundless potential for genomic applications.

For several years, countries have been negotiating a treaty through the United Nations to protect marine life on the high seas – areas outside national jurisdiction that make up two-thirds of the world’s oceans. The final round of these negotiations was due to take place at the United Nations in New York in March, but was postponed after the outbreak and rapid spread of the coronavirus. At the centre of the negotiations – with a wide divergence of views – are the rights surrounding marine genetic resources, aiming to ensure the biodiversity that is enabling scientific advancement remains protected and that everyone gets a fair deal in accessing and sharing the benefits.

Collectively, “living ocean” contributions to humans are of incalculable value. By recognising our dependence on them, we can better develop ocean-based solutions to prevent pandemics and deliver health and wellbeing aligned with nature.