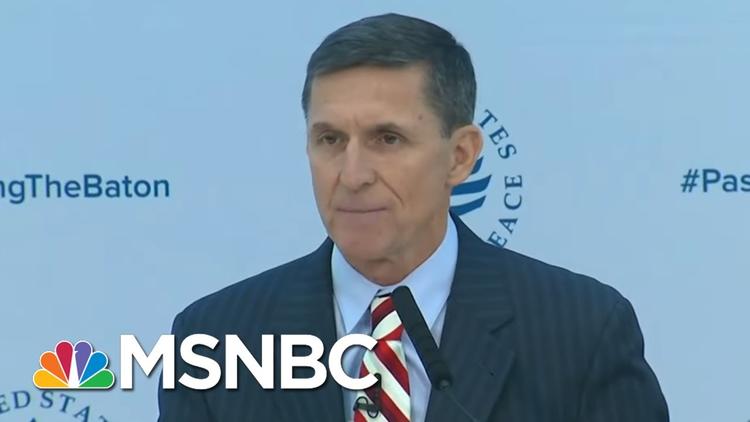 Before Russiagate, the former national security advisor was an operative for Turkey, tilting foreign policy against the Kurds.

(48hills.org) – Trump’s Justice Department wants to drop all charges against former National Security Advisor Michael Flynn despite his having admitted to being guilty. Twice. The judge in his case has so far refused to knuckle under and is investigating whether Flynn’s conviction should stand.

In 2017, Flynn pleaded guilty to lying to the FBI about a secret phone call with Russia’s ambassador to the US. Lost in the hubbub over Russiagate, however, was Flynn’s slimy role as a lobbyist for Turkey. A Turkish businessman paid Flynn $530,000 in 2016 to push pro-Turkey, anti-Kurd policies in hopes of influencing the Trump Administration.

The American public has mostly forgotten about Flynn’s Turkey connections, says Steven A. Cook, senior fellow for Middle East and Africa Studies at the Council on Foreign Relations in Washington, D.C.

“There’s more going on with Turkey than people may realize,” Cook tells me.

Flynn’s money-driven opportunism is just one example of the operations of Washington’s foreign policy lobbyists. As a candidate, Donald Trump correctly criticized the Washington swamp, but as President, instead of draining it, he has shoveled in more muck.

I’ve dipped my toe into the swamp on occasion by attending conferences and press events populated by Washington’s elite. I’ve rubbed elbows with the likes of former Defense Secretary Donald Rumsfeld and Dick Chaney’s former chief of staff, Lewis “Scooter” Libby. Believe me, these folks are just as evil in person as they appear on TV.

Washington swamp creatures are easily identified by their black pinstriped suits, wingtip oxfords, and red power ties. Two kinds of people attend these events: those in power and those hoping to seize it.

Flynn, who served in Afghanistan and Iraq, came to Washington during the Obama Administration as director of the Defense Intelligence Agency. He was forced to resign for insubordination in 2014, whereupon he joined the Washington swamp by forming the Flynn Intel Group.

In 2016, Flynn hitched his wagon to candidate Donald Trump, giving a fiery speech at the Republican National Convention in which he echoed the call to “lock up” Hillary Clinton for her handling of State Department emails.

Behind the scenes, however, the Flynn Intel Group signed a contract totaling $600,000 with a Turkish businessman who had close ties to authoritarian Turkish President Recep Tayyip Erdoğan.

Erdoğanwanted Washington to extradite Fethullah Gulen, a political opponent living in Pennsylvania since 1999. Gulen is a rival political Islamist who had a falling out with Erdogan.
The Turkish president accuses Gulen of organizing the unsuccessful July 2016 coup. At the time Flynn spoke favorably about the military trying to overthrow Erdogan. He also criticized Turkey for allowing terrorists to cross the border into Syria.

But after receiving the contract to help Turkey, he did a 180-degree turn and supported Erdogan’s policies.

“Flynn believes whatever is good for Flynn is good for America,” Kani Xulam, director of the American Kurdish Information Network, tells me. “The minute they put money in his bank account, he became pro-Turkey. That was the shocking part.”

In September 2016, Flynn arranged a meeting between former US officials and Turkish leaders, including the country’s foreign minister, energy minister, and Erdogan’s son-in-law.

Participants at the meeting talked about kidnapping Gulen and bringing him to Turkey. Former Central Intelligence Agency Director James Woolsey, who attended the meeting, said they discussed “a covert step in the dead of night to whisk this guy away.”

In December, Flynn wrote an op-ed for the influential Washington publication The Hill in which he compared Gulen to both Osama bin Laden and Ayatollah Khomeini. According to analyst Cook, the op-ed could have been written in Ankara: “It was all Turkey’s talking points.”

Flynn didn’t tell The Hill editors that he was a paid lobbyist for Turkey.

Flynn became part of Trump’s transition team after November 2016, and he used the position to push anti-Kurdish policies. At that time, the Kurdish-led Syrian Democratic Forces were on the verge of taking control of the ISIS-controlled city of Raqqa, Syria. He told the Obama Administration not to provide arms to the SDFand implemented that policy when Trump came to power in 2017.

But Flynn’s stint as National Security Advisor lasted for only three weeks. He was forced to resign after revelations of his phone call to the Russian ambassador. In March, Flynn registered as a foreign agent for Turkey.

In 2019, a federal jury convicted Flynn’s business associate, Bijan Kian, on two felonies: conspiracy to violate lobbying laws and failure to register as a foreign agent for Turkey. Flynn was scheduled to testify against Kian but changed his story at the last minute, causing problems for the prosecution. The judge later tossed the verdict, saying the prosecution didn’t prove its case.

As part of an overall deal with federal prosecutors, Flynn was never charged in connection with his lobbying for Turkey. It seems unlikely that he ever will be.

Flynn’s activities are just one example of the corrupt world of foreign lobbying. Recently, The New York Times exposed how defense contractor Raytheon pressured the Trump Administration to sell sophisticated weapons to Saudi Arabia, which were then used to slaughter civilians in Yemen.

The Yemen war, which began in 2015, has killed an estimated 100,000 people and displaced 80 percent of the population. Saudi air bombardment of hospitals, schools, and other civilian targets helped create one of the world’s worst humanitarian crises. US arms manufacturers such as Lockheed Martin and Raytheon have profited handsomely from the slaughter.

Crawling into bed with lobbyists is bipartisan activity. The Obama Administration sold $10 billion in arms to Saudi Arabia and its allies. Trump has openly boasted that US arms sales provide corporate profits and jobs at home.

“Trump has been more forthcoming praising US relations with Saudis because they want to buy more weapons,” Kurdish activist Xulam tells me. “He doesn’t care what Saudis do with the weapons.”