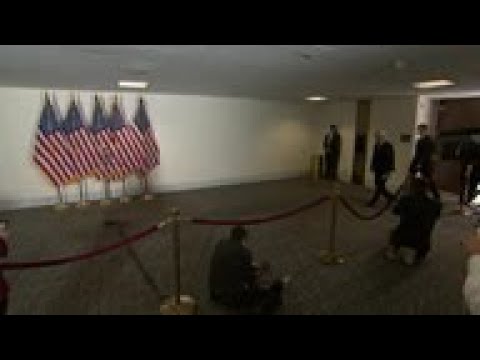 Has the Senate Majority Leader lost his faith in the wisdom and predictability of markets? Crude partisanship may underlie his reluctance to enact further Covid Depression relief assistance, but the reason given was extraordinary. The Senator professed a desire to wait for the effects of the first relief package to become apparent. “I think we need to wait a few days here, a few weeks, and see how things are working out,” McConnell said on “The Hugh Hewitt Show.”

So unless and until the current stimulus, unemployment compensation, corporate slush fund runs out the best advice he can give is to chill out. The magic of the market has given way to a recognition of the market’s unpredictability. But the conclusion is good old fashioned Republican orthodoxy — don’t do anything more and let the chips fall where they may. Well the time has passed and the economy has continued its rapid decent.

I welcome McConnell to he ranks of Left and alternative economists who have long recognized that market economies don’t move seamlessly toward predictable optimizing equilibrium.

Complexity and unintended consequences are a fact of modern life, but even in late March some facts were apparent, and now they are glaringly obvious. Yet McConnell pauses, awarding priority only to confirmation of right wing judges and liability forgiveness for corporations.

Here is what he overlooks even now: Without further assistance from the Federal government, all states will be obliged to make draconian cuts in their budgets. Consider the example of California, which would be the world’s eighth largest economy if it were an independent country. Going into the Covid depression it was a model of fiscal probity, achieving a budget surplus of $21 billion. Now it faces deficits of nearly $55 bn., a sum that it is constitutionally mandated to trim. This deficit explosion had nothing to do with obligations to pensioners and everything to do with the shutdown of whole industries leading to reduced income and corporate taxes and higher fiscal obligations. CNBC reports: “After the Great Recession, California lawmakers have been saving money for the next economic downturn to try and avoid a repeat of cuts to state services. For the past 10 years, the state has had an unprecedented run of economic growth, adding more than 3.4 million new jobs.”

Taxes could be raised and services — even essential ones — could be reduced to meet this fiscal crisis. How the politics of austerity plays out on the state and local level is where the element of unpredictability is the most consequential. Political discourse might well turn to familiar tropes about the industrious ant and the profligate and lazy grasshopper. Then add racist elements to strengthen and be strengthened by these narratives. Debtors for their part might remind us all that for every bankrupt borrower there is a careless or even fraudulent lender. These narratives also have ugly or progressive variants.

McConnell’s moralistic reference to the profligacy of state governments is an initial shot over their bow in the political struggle over state debt. States cannot declare bankruptcy but they can default on their bonds. Only the Federal Reserve — via very low interest loans or the Treasury via fiscal policy — can assure avoidance of such a scenario. Absent such remedial action opportunities abound for the aptly named vulture funds, which often establish fiscal control boards threatening both democratic rights and economic justice. Think Flint, Michigan. Working and middle class citizens may resent such steps, and they are not lacking in political resources or personal responses. How enthusiastic and committed will an urban fire brigade be when downsized, stripped of benefits and even modest salary increases? Politically, first responders and essential workers could turn their consequent discontents into a politics that resisted tax evasion by the scandalously wealthy.

McConnell is correct that much uncertainty remains. Nonetheless the sane course is both to recognize and respond to what we do know with near certainty and to adopt the precautionary principle toward the future. A robust safety net, debt relief, extended unemployment compensation, universal healthcare, assistance to routine state expenditures could spare us the most extreme possibilities. A more ambitious response would be a guarantee of a living wage job, to limit private capital’s inordinate control of the workplace and the job market and public banking to limit the power of the private banking community’s undemocratic Federal Reserve. These are subjects for future columns. If McConnell wants to go that direction I will happily sit back and join him in evaluating the consequences.