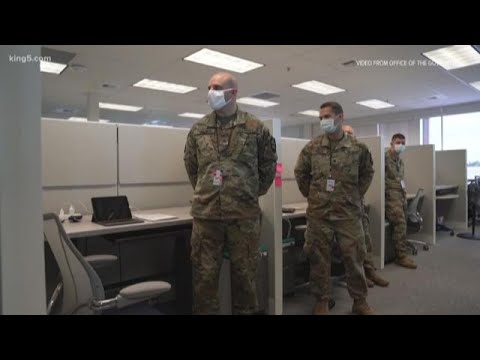 Ann Arbor (Informed Comment) – On July 6, 1917, Auda Abu Tayy led his Howeitat tribesmen in a successful attack on the Ottoman port of Aqaba in what is now Jordan but was then the Ottoman Empire. The Arabs of the Hejaz or Western Arabia and the Transjordan had allied with the British to revolt against their Ottoman government in return for a promise from London to support them in achieving an independent Arab state after the war.

Britain went to war with the Ottomans because the latter allied with Austria and Germany against Russia (Istanbul was way more afraid of the Russians than any other Power, especially after the Russian drive on Istanbul in 1877-78).

Auda was advised by a British intelligence officer and former archeologist, T. E. Lawrence, who later rather exaggerated the importance of his own role in the Arab uprising. At Aqaba, Lawrence did not distinguish himself when he accidentally shot his own camel in the back of the head and was nearly killed.

So why did the 300-man-strong Ottoman garrison at Aqaba fall so easily to Auda’s irregulars?

The Ottomans had set their artillery in concrete pylons and pointed them out to the Gulf of Aqaba, from which they feared a naval assault. They therefore could not wheel the big guns around and fire at the attacking Bedouin. They just couldn’t imagine that a threat to the garrison and the port would come from inside Ottoman territory.

It is sort of the way the US invested bigtime in the “Global War on Terror.”

In the meantime, a thin strip of RNA was gunning for us and would establish itself to the rear of our military front lines. Had we spent trillions on coronavirus vaccines, on a single-payer health care system and on the network of country health departments across the country, we would not be in our present straits.

As of last year this time, 6,967 U.S. servicemen and women had died during Global War on Terror and Overseas Contingency Operation actions. The Congressional Research Service writes, “Some 52,802 had been wounded. Approximately 62% (36,885) of all war-related incidents that resulted in U.S. military casualties have occurred during operations in Iraq.”

There are now less than 10,000 US service personnel in Afghanistan, with the number expected to decline to 8,600 by July. This is down from as many as 13,000 on January 1. And, the Trump administration is now pledged to be out entirely by next year this time. Such plans have been made before and been reversed at the last minute. No president wants to preside over the return of the Taliban to power in Kabul, with all the memories of the September 11, 2001 attacks that would evoke. And it just is not clear that the joint government of Ashraf Ghani and Abdullah Abdullah could survive long with no US troops in theater. The Taliban control 10 percent of the country and have a presence in half the provinces.

The Pushtun Taliban, however, did not carry out the 9/11 attacks; Arab al-Qaeda did, and it isn’t clear that Usama Bin Laden let his hosts know what he had planned. So an equation of the two would be a mistake. The Taliban, and many al-Qaeda, were furious with Bin Laden for bringing down on them the full wrath of the American superpower. Taliban rule would be horrible for the people of Afghanistan and especially the women and the Shiite Hazara (for the latter it might be close to genocidal). But Taliban rule would not necessarily equal a security threat to New York. The whole premise of the war in Afghanistan, America’s longest, that it was part of a Global War on Terror or absolutely necessary to US security was and is false. Afghanistan is weak country and one of the poorest in the world and does not pose a realistic threat to the US.

Why did the US stay after overturning the Taliban in 2001-2002? Surely Bush wanted to extend the US sphere of influence into oil- and gas- rich Central Asia, and perhaps then secretary of defense Donald Rumsfeld wanted to encircle the Russian Federation to ensure it did not reemerge as a peer rival to the US.

Those goals had nothing to do with the 9/11 attacks, and were merely imperial overstretch. Bush even pledged to rebuild and modernize Afghanistan, adding on one realistic goal to another.

As for Iraq, another US serviceman died in 2019 after the Congressional report and then 7 so far in 2020.

Two of those killed in Iraq this year died at the hands of Iraqis who were furious that Trump had killed prominent Iraqi general Abu Mahdi al-Muhandis in a drone strike on Baghdad on January 3, when he assassinated Iranian general Qasem Soleimani. The Iraqi parliament in 2018 recognized the paramilitary al-Muhandis led as part of a National Guard, so he was an officer of the Iraqi state. Trump’s notion that he could make war on part of the Iraqi military while using US troops to train and support another part is the craziest policy anyone could have come up with. It is directly responsible for two US troop deaths this spring.

Contemplating these nearly 7,000 military deaths, I feel profound sorrow. The majority of them did not need to die. They were not defending the United States. Iraq in 2003 was a poor ramshackle country with no Air Force and not the slightest ability to harm the US. Figures in the Bush administration, including the now-sainted Colin Powell, hinted broadly that then Iraqi strongman Saddam Hussein had had a hand in 9/11. It was the Big Lie, worse than any of the 18,000 Donald J. Trump has told in office.

Worst of all, the United States committed all these trillions of dollars and thousands of servicemen’s lives (not to mention the hundreds of thousands of Iraqis, Afghans and others, including innocent noncombatants), to the wrong struggle. A small, lean, counter-terrorism operation could have dealt with the al-Qaeda threat. There would have been no ISIS had the US not waged an illegal war of aggression on Iraq.

On Memorial Day, we have nearly 100,000 dead in the coronavirus pandemic and 38 million abruptly unemployed, we have entire US industries hanging on by a thread. For the past 20 years Washington has been pointing its big guns out across the Atlantic toward the Middle East and Central Asia in the “Global War on Terror,” spending trillions of dollars and substantial blood countering a tiny network of seedy terrorists and glorying in the acquisition of new spheres of geopolitical interest. Those were our Aqaba artillery. The real threats lay inside the realm, threats of skyrocketing inequality, rising white supremacist extremism, and a Neoliberalism that dismantled public goods like health care for narrow private profit.

Ironically, some states, like Washington, are turning to their National Guard to do contact tracing and to urge individuals exposed to the virus to quarantine. This activity is not without risk. God bless them, and may they win this truly essential war.

King 5: “National Guard calling those who may have coronavirus”