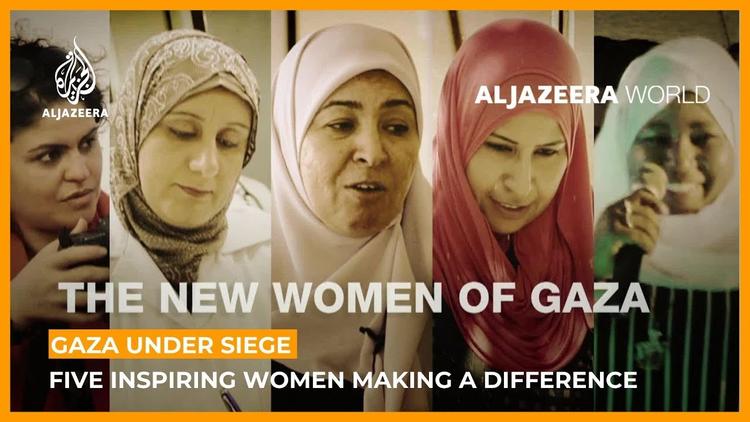 ( Middle East Monitor ) – While families around the world have celebrated Mother’s Day, Palestinian mothers in the Gaza strip continue to remember their missing motherhood, which is all too often cut short by Israel’s military occupation. Mother’s Day itself is no different to any other under occupation and siege: more shortages due to the blockade, more electricity blackouts, more Israeli missiles and certainly more disappointments.

A mother in Gaza grieves for the loss of her children, born and unborn because the Israeli occupation is a mother’s worst fear. If her children aren’t killed by Israel, they still face detention and torture by Israel.

On Mother’s Day, then, try to picture the Palestinian mother in Gaza going about her usual business, standing in long queues in the early morning to try to get a bag of humanitarian aid before holding back her tears on entering the hospital ward where her child lies disabled by Israeli bullets or bombs and she wishes that it could be her in that bed instead. According to the Palestinian Statistics Centre, almost 50,000 Palestinians are now disabled because of the occupation, many of whom have been targeted by Israeli snipers deliberately. What’s more, almost 11,000 Palestinians were killed by Israeli occupation forces between 2000 and 2019. At the moment, there are 5,700 Palestinians held in Israeli prisons, including 250 children and 47 women.

Is there any greater pain in this world for a mother to see her child grow up to be a fine young woman or man, only to lose them in a moment thanks to an Israel bullet? Or to see them dragged off by Israeli soldiers and not know when or if they will see them again? This happens almost daily in the Gaza Strip, sometimes in horrific circumstances.

On the morning of 23 February, for example, 27-year-old Muhammad Al-Na’im’s mother woke to her worst nightmare: the Israelis shot and killed her son, and then mutilated his body with an armoured bulldozer in front of the world’s cameras, with no care for international laws and conventions. “I saw him the night before,” explained Muhammad’s mother. “He asked me to have lunch together on the following day. I was preparing to meet him but instead found myself watching a video of my son being killed and his body abused.”

It is hard to know what must be more painful for mothers in Gaza: losing their children or waiting for years for them to be released from an Israeli prison. Literally hundreds of thousands of Palestinians have been arrested by Israel since 1967; thousands have been held in prison with neither charge nor trial. Palestinian mothers wait for their children — usually their sons — without knowing how long the wait will be, or if they will be released at all. Most are denied the right to visit their imprisoned children regularly.

Iyad Al-Jarjawir has been held in Israel’s Gilboa Prison, having been arrested in 2011 and sentenced to 9 years imprisonment. After years of waiting to embrace her son, his mother heard that he has a cancerous tumour in his head. “Contact with Iyad was very difficult due to the procedures of the Israeli Prison Service,” she said. “Moreover, I was not allowed to visit him last month for unknown reasons.” She added that she heard about his cancer through social media. “I can’t even talk to him now or know about his condition except through his lawyer.”

The Palestinian mothers in Gaza have long forgotten what it feels like to be safe and sound and to sleep easily at night. Thousands of thoughts crowd their heads as they try to explain to their children why it is so hard to find food in Gaza or why it’s virtually impossible to go and visit their favourite relatives outside the enclave. They have to use simple words to satisfy curious minds without portraying the world as a gloomy place that they have yet to explore. It’s a daunting task, but the children know; they know that the Palestinians in Gaza are alone; they know that Israel can do what it wants to them, and they know that the world will not stop it.

The children also know that every time their mothers kiss them, it could be for the final time. On Mother’s Day, try to put yourself and your children into their shoes. Can there be anything more painful for any mother, anywhere?