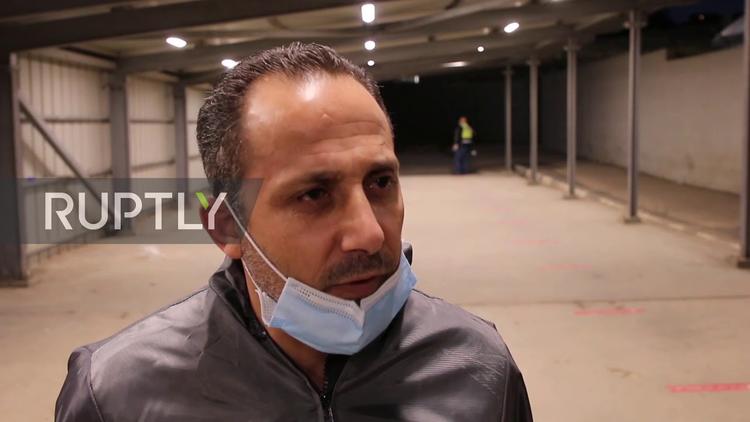 Belfast (Special to Informed Comment) – The novel coronavirus pandemic, by its nature, highlights inequalities of race, class and gender in its victims. Palestine is no different. The displacement of 720,000 Palestinians from their homes by the Zionist project in 1948 was not a one-time event. That catastrophe or “Nakba,” marked by assaults on civilian populations and massacres, is commemorated annually by Palestinians on May 15. The Nakba, however, is ongoing, inasmuch as many of the descendants of the displaced, in whose former homes Israelis now live, live in refugee camps in Gaza and the West Bank under continued Israeli Occupation. These conditions of squalor and inequality created by historic injustices form a fertile breeding ground for Covid-19.

One of the vulnerable Palestinian groups is the workers who work inside Israel. Many of these workers don’t have permits to enter Israel so they have to sneak into what used to be their own country where the homes of their parents and grandparents stood.

Before the pandemic, about 100,000 Palestinian workers worked in Israel with permits (each permit costs about US $450) and another 100,000 are estimated to have worked there without permits. They are all subjected to discrimination as they work without rights and get paid less than the Israeli workers for doing the same job. This reflects Israeli racism and the difficult economic situation the Palestinians have as a result of long decades of Israeli occupation. The Palestinian economy was crippled further by Oslo Accords which was signed by the PLO leadership and Israeli in 1993, which instead of leading to peace entrenched and prolonged the Israeli occupation of Palestinian land and water and ensured that the Palestinian economy will always be dependent on Israel.

At the start of the pandemic the Palestinian Authority (PA) arranged with Israel for 50,000 Palestinian workers to continue working in Israel mainly in the construction sector. This came as a surprise, since it carried a huge risk for the Palestinians — especially when the number of Israel Covid 19 cases is approaching 17000 and 266 deaths compared with 375 cases and two deaths in Gaza and the West Bank.

This potential exposure is alarming considering that the Palestinian health sector is fragile and underdeveloped as a result of Israeli policies. It will not be able to cope with a corona outbreak, especially in the densely populated Gaza Strip. They latter has been under an inhumane Israeli blockade on civilian noncombatants since 2007 that has left Gaza with some 70 intensive care units (ICUs) and 62 ventilators. Hospitals are overcrowded and overburdened. While medicine and food are not blockaded, the strangling of the economy has left Gaza with a 42 percent unemployment rate and left the population unable to pay for medicine or high-tech medical procedures. The Occupation is a constant impediment to health care. When Palestinians in the Jordan Valley of the West Bank recently set up a field clinic with tents to deal with a Covid-19 outbreak, the Israeli Occupation military actually destroyed it on the grounds that the Palestinians did not have a building permit.

The labor arrangement with the Palestine Authority gave Israel the best of both worlds, allowing it to keep its own people safe in lockdown while maintaining economic activity in its construction sector by putting Palestinian workers at risk. A few days after these arrangements, a widely circulated video showed a Palestinian worker being dumped on a checkpoint by Israeli officials after showing signs of infection. It turned out that he didn’t have the virus. Additionally, other Palestinian workers reported that the accommodation conditions were inhumane, with 20 Palestinian workers housed in one room, which obviously makes social distancing impossible. Other workers were made to sleep at construction sites. These procedures forced the PA to ask the Palestinian workers to return to the West Bank and to self isolate for two weeks as it does not have enough resources to test them all.

Not all of them did so and at least 12,000 of them stayed. Considering the higher rates of corona cases in Israel, some Palestinians perceived the workers as a source of threat to their own people and potential corona carriers.

Workers who were interviewed by the media said that unlike advanced economies, the PA is not offering them any payments for staying at home and they will starve if they do not work. One worker said that he has a family of eight to feed and he has no other source of income. Another worker said that his fridge is empty and would rather to take the risk of catching the virus than staying hungry at home. A third said that his only other option is to beg in order to feed his children and even if he did, others do not have the money to give him. Some of them had to stay because they were threatened by their Israeli bosses that they will be sacked if they return to their homes. Others were blackmailed by their bosses by delaying paying their wages to force them to stay longer.

Unlike their Israeli counterparts, Palestinians work without pension, health insurance or the right to join trade unions. Those who work without permits are treated as undocumented aliens in their ancestral country and risk being jailed and fined. The Pandemic highlighted once again the inhumane treatment that the Palestinian workers are subjected to by Israel for long decades. The international community has sometimes paid lip service to condemning the Israeli occupation and the treatment of Palestinians, but has never taken practical action to change the situation. The Trump administration does not even consider these Israeli activities illegal, despite their contravention of the Geneva Convention of 1949 on the treatment of occupied populations.

Ruptly: “State of Palestine: Palestinian workers allowed back into Israel during outbreak”