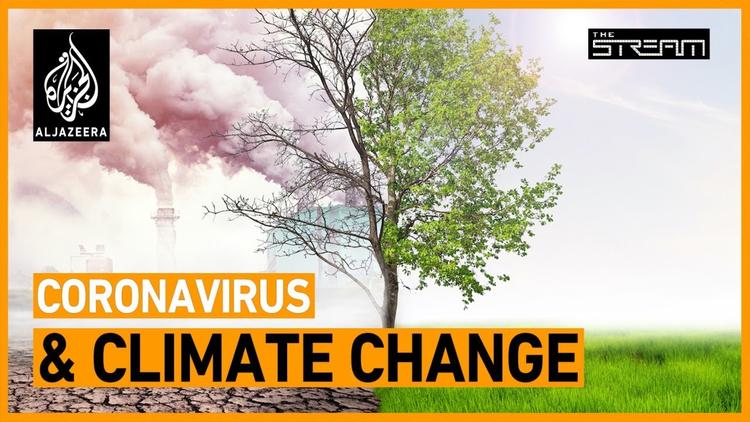 We are living with two life-threatening crises: Covid-19 and the climate crisis. They pose a common stark fate for us – the risk of illness in the case of Covid, and injury and destruction of our environment in the case of climate; both are harbingers of death for many. But it is their equally stark differences and our response as a world that matter most for survival.

Countries that acted quickly against Covid and with strict restrictions, which kept most residents at home, were successful in keeping their death rates lower and slowing the virus spread (“flattening the curve”) than countries with looser restrictions and that waited to act. A recent study found “if cities across the U.S. had moved just one week faster to shut down restaurants and businesses and require residents to stay at home, they could have avoided 35,000 coronavirus deaths by early May;” if they had acted two weeks earlier, “more than 50,000 people who died from the pandemic might be alive.”

There is, however, no flattening of the global emissions curve or of global temperature rise, despite successive UN climate conference agreements. We are on a course to crash past emissions targets set by the 2015 Paris Agreement. The recent plummet in global carbon dioxide emissions from Covid-induced economic slowdown is incidental not intentional. Further, the US government – in diabolic denial of science, facts, and truth – has spurned the 2015 agreement, weakened our environmental regulations, and coddled the nearly bankrupt fossil fuel industry with Covid recovery funds.

Unlike Covid, no one country or city can save itself from the global climate crisis, even with emergency plans and equipment. Turning back from the perilous path of unchecked global warming and biodiversity loss requires global cohesiveness and a massive cooperative effort among all countries, especially the largest, most industrialized, most consuming and most militarized. Unchecked global warming and the accelerated loss in biodiversity could collapse whole ecosystems within 10 years, according to the most recent climate science. Ten years of action, beginning now, to aggressively slow the climate crisis, is akin to acting one week sooner to stem the pandemic.

At the pace of deforestation in the Amazon for cattle farming and resource extraction, the rainforest is moving from capturing and storing the greenhouse gas carbon dioxide to releasing more than it removes. The same pattern is true in African and Central African rainforests. Virtually every threat to biological life on earth being studied is revealing an accelerated pace of loss: massive death of coral reefs, which support 25 percent of marine life, from faster warming oceans; more destructive monster storms with winds over 155 mph have increased since the 1980s especially in Southeastern US and the Caribbean. We are nearing the threshold temperatures that will melt most of the Greenland and West Antarctica ice shelves and the Arctic sea ice, presaging slow, long-term sea level rise that will threaten the world’s coastal cities – none spared. A decade of studies reinforces that the American west and southwest are moving inexorably toward desert with record-breaking drought, tree death and wildfire.

The Covid crisis was immediate and stark, and many, if not most, countries acted successfully in their own deserved self-interest. An exceptional Cuba acted also in solidarity with others, offering generous medical assistance to a stranded cruise ship and to countries in need. But the climate crisis, which has never been covered by the media with the intensity and non-stop reporting dedicated to Covid, will be far worse in the not-so-long term. The climate crisis will end up killing an estimated 250,000 people per year within two decades if little is done and potentially causing up to a billion climate migrants within three decades according to the UN, if the world does not act now and aggressively.

How to turn this climate crisis into a fragment of opportunity?

Recover and rebuild the economy, which may take 10 years, with the goal of replacing fossil fuels with renewable energy and intensive efficiency. How to finance? Eliminate 100-year-old subsidies to the fossil fuel industries, which in turn will save billions of dollars in health costs from their pollution; and end the costly naval defense of Persian Gulf oil. All together these actions would save an estimated $650 million dollars per year. Re-route the more than $1 trillion dollars committed to new nuclear weapons production and the technically skilled jobs to the green energy sector. Reduce substantially the nearly $750 billion dollar war and arms budget and re-invest the funds and arms industry jobs into the Green New Deal infrastructure. Leave existing natural forests untouched. Listen to and support youth climate activists.

The European Commission has released a green economic recovery plan. Why not we also?

Women Have Risen to Heroic Heights and Covid-19: The Great Equalizer?

Al Jazeera English: “Could coronavirus change how we tackle the climate crisis? | The Stream”