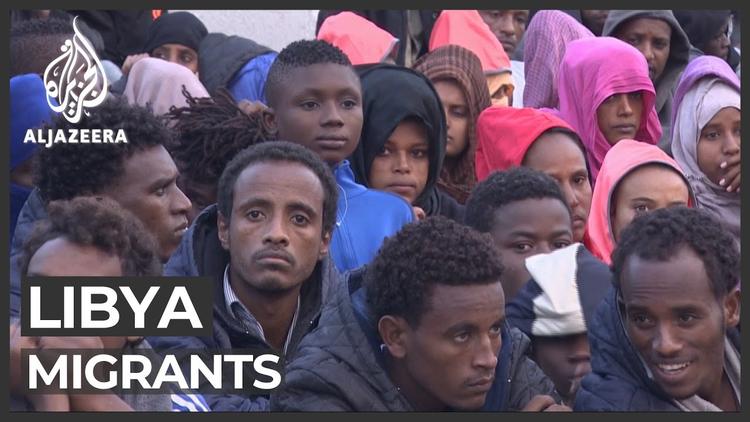 While the situation in Libya is bleak overall, it remains exceptionally desperate for the refugees and migrants who are stuck there.

(openDemocracy.net) – Libya today is facing its greatest challenge to date. In spite of years of internal conflict, the country must gear up to fight a virus with a depleted healthcare system and a fractured state. While the situation is overall bleak, it remains exceptionally desperate for refugees and migrants stuck in Libya.

Libya is host to 635,000 migrants and 48,627 refugees. The current situation exposes an already vulnerable population and demonstrates the immediate need to include protective measures for refugees and migrants who are otherwise left behind by conflict and pandemic.

In recent weeks, since the world became preoccupied with the COVID-19 pandemic, there has been an unprecedented increase in the intensity of the conflict in Libya, particularly in the west. Recognising the limitations of its health services and the catastrophic outcome should the virus gain footing in the country, Libyan authorities on both sides of the ideological and political divide took pre-emptive measures by imposing lockdowns and curfews to help ride the wave of the virus. An outbreak during an ongoing armed conflict has detrimental humanitarian repercussions; it not only has the potential to intensify the suffering of the population but will most definitely do so disproportionately. In Libya, the most vulnerable, including those marginalised populations of refugees and migrants, will be made to suffer the most.

With intensified fighting and lockdowns, more individuals are seeking refuge by sea as the situation in Libya has become even more dangerous. This year the Libyan Coast Guard has returned 3,078 individuals from sea, as of the end of April. The vast majority of those who are intercepted and returned are then transferred to state run detention centres. There is no shortage of reports about the appalling conditions of detention; with the threat of the pandemic, these concerns are amplified.

Locked up with no escape, refugees and migrants are left helpless and exposed to the virus

Overcrowded and unsanitary, the detention facilities themselves are essentially makeshift buildings, often abandoned warehouses or factories exasperating the humanitarian conditions. Lack of access to running water, nutrition and sanitation is prevalent within these centres. All these conditions provide a breeding ground for the spread of diseases. Locked up with no escape, refugees and migrants are left helpless and exposed to the virus. This coupled with the looming fear of an indiscriminate attack as the conflict rages on in the shadows of the pandemic makes Libya a country that is not safe for return under any circumstances and particularly not today. With nowhere to go during this global crisis, the Libyan authorities must immediately release all those held in detention centres, removing them from the imminent threat of bombs and virus.

Faced with xenophobia and no legal status

Libya lacks a legal framework that can organise the migration and refugee situation, despite historically being a host country. With no legislation recognising refugee status and a law that criminalizes the illegal entry, exit and departure, refugees and migrants lack basic legal safeguards and are forced into the fringes of society.

Refugees and migrants in Libya have for years bore the brunt of the lawlessness that prevails in the country since the uprising in 2011. For years they have endured violence and suffered at the hands of smugglers, armed groups, and militias. Commonly perceived to carry diseases, the longstanding xenophobia is likely to inflate as the pandemic threatens to exacerbate an already existing human rights crisis in the country.

Consequently, the conflict, a pandemic and xenophobia are a deadly combination that has most definitely exasperated the vulnerability of migrants and refugees in the recent weeks. The current situation has not only intensified fears, but is also responsible for bringing an end to their livelihood, restricting movement, limiting access to food and assistance, and placing great strains on their survival.

Traditionally, refugees and migrants are excluded from state funded essential services including health care. Instead, they receive support from international organisations such UNHCR, IOM and others which fill the gap and address the humanitarian needs of refugees and migrants in the country.

In the wake of the pandemic, and as many of these organisations scaled back on their operations, there is limited access to health care for migrants and refugees on the ground, ultimately placing the population at greater risk. IOM reports that 71% of refugees and migrants interviewed recently claimed limited or no access to any health services in Libya. This is confirmed by similar reports that found migrants and refugees in Libya less likely to access health services, due to discrimination, lack of documentation, and overall fear due to the prevailing insecurity in the country.

While Libya’s health care system is in near collapse, after years of conflict, corruption and shifting priorities, this is further exacerbated by the deliberate attacks on doctors and hospitals. With limited resources, many refugees and migrants are thus denied access to state funded health facilities. With amounting levels of xenophobia and fear it is likely that refugees and migrants will continue to be denied access to the necessary health services with tragic results.

Irrespective of how or who arrived in their territory, and in spite of the global emergency, Libyan authorities continue to have a fundamental obligation to protect the right to life, and must provide medical services equally to all those in their territory without discrimination.

As a way by which to protect the lives of those trapped in Libya from virus and conflict, all refugees and migrants must be immediately released from arbitrary and illegal detention. Access to health care must not be perceived as optional or a luxury, rather it is a fundamental right, equating to the right to life. The Libyan authorities have a legal obligation to ensure access to all.

This article is part of a series of opinion pieces about Libya’s response to the pandemic within the ongoing conflict, through a human rights lens. The series is published in partnership with Lawyers for Justice in Libya , under the title “Libya: between conflict and pandemic, what hope for human rights?