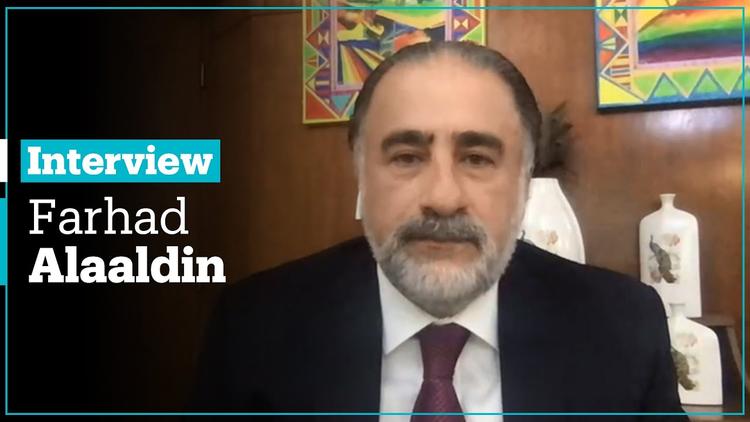 Ann Arbor (Informed Comment) – ( Nikki Carvajal at CNN reports that Trump vetoed the invocation of the War Powers Act passed by both the Senate and the House of Representatives, with some bipartisan support in the wake of his assassination at Baghdad International Airport of Iranian Gen. Qasem Soleimani on January 3. Even some Republicans grew alarmed that Trump’s erratic recklessness might get us into a war with Iran.

The resolution said that absent an “imminent attack” by Iran on the United States, “the President to terminate the use of United States Armed Forces for hostilities against the Islamic Republic of Iran or any part of its government or military, unless explicitly authorized by a declaration of war or specific authorization for use of military force against Iran.”

Trump rebuked the resolution as “insulting.” It seems unlikely that the Senate can muster the two-thirds majority needed to overrule the veto. It passed 55 to 45, with a handful of Republican senators like Lamar Alexander and Susan Collins joining to support it. Eleven more Republicans would now have to back the resolution for it to pass.

Trump had blared that he killed Soleimani because the latter had been coming to Iraq to kill Americans, but this allegation was denied by the Iraqi government, which said Soleimani was coming on a diplomatic mission as part of Baghdad’s attempt to negotiate a reduction in tensions between Saudi Arabia and Iran. Trump’s Pentagon later dropped the “imminent threat” language.

Trump now maintains he was authorized to whack Soleimani by the 2002 Iraq War congressional authorization, which notably lacks any language allowing a war on Iran.

Trump, like many Americans, has perhaps mixed up the two countries, imagining that the “q” is pronounced like an “n.”

Trump’s attack on Soleimani threw Iraq into turmoil, since he at the same time killed a high-ranking Iraqi general from the equivalent of the national guard — the “People’s Protection Forces (PMF).” These militias, which do comprise some Christian and Sunni fighters, are mainly made up of Shiite volunteers who mobilized to fight ISIL in 2016 and after, at a time when the US-trained formal Iraqi army had collapsed and run away from Mosul.

Mustafa al-Masoudi reports at Al Jazeera that the Iraqi parliament on Wednesday voted in a new government headed by Mustafa al-Kadhimi.

The previous prime minister, Adil Abdulmahdi, had been forced to resign when government troops and police responded violently to last fall’s round of street demonstrations against corruption and lack of services.

Al-Kadhimi, an attorney of Shiite heritage, opposed dictator Saddam Hussein and went into exile in Iran, Germany and the UK. In the zeroes he headed the Iraq Memory Foundation, dedicated to gathering and archiving evidence of Saddam’s crimes against humanity. He has also been a journalist and author. But his major previous role was as head of Iraq’s National Intelligence Service, where he played a role in defeating ISIL.

In his acceptance speech, al-Kadhimi pledged that he would not allow Iraq to become an arena for foreign interference and conflict, which may have been a shot across Trump’s bow.

The new prime minister not only faces US-Iran tensions that have spilled into Iraq, but also a catastrophic economic situation because of the cratering of oil prices and the damage to the rest of the economy of social distancing measures to combat the novel coronavirus. Nor has the vigorous protest movement of last fall entirely gone away. Iraq is estimated to have received $500 billion for its oil sales since the zeroes, but its treasury is empty and the government does not deliver basic services. Many Iraqis believe that the political elite embezzled much of that money.

The issues between the US and the Popular Mobilization Forces, moreover, has not subsided. As ISIL has revived a bit, given the paralysis of Iraq because of the coronavirus, the collapse of oil prices, and Trump’s alienation of many Iraqis from the US military mission in Iraq, the PMF have stepped up their fight against the remnants of the terrorist group.

Some of the Shiite militias now want the US out of Iraq and have launched attacks on US troops, killing two and wounding several others. There has been a lull during the past month, but on Wednesday, three katyusha rockets were fired toward the Baghdad International Airport, which has been closed for the past month. Iraqi officials speculated that they may have been targeting a counter-terrorism center housed near the airport to which some US troops had been detailed.

Trump’s notion that he can pursue military action against part of the Iraqi military while trying to train and cooperate with other parts has been opposed by US military commanders on the ground. Trump codes the PMF as “Iran-backed,” which is true, but in Shiite-majority Iraq that is not generally seen as a crime, especially given that Iran’s help was needed by Iraq to defeat ISIL. It is like saying US troops in the Revolutionary War were “French-backed” and expecting Americans to be outraged.

Poor Mr. al-Kadhimi has a lot on his plate.