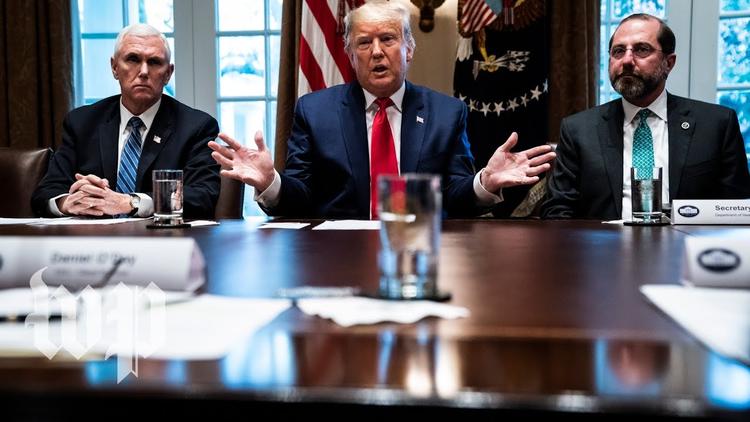 Ann Arbor (Informed Comment) – The “Spanish Flu” did not originate in Spain, but Spain had been neutral in WW I and so the Spanish press was uncensored, since the government was not worried about public morale during hostilities. The most lurid accounts of the disease, which was unusually lethal and went on to kill 600,000 Americans, appeared in the Madrid press, so it became associated in the mind of the public with Spain. In fact, it may well have originated in the United States, where the first case was reported.

Likewise, the novel coronavirus may have originated in China, but the government there reports less than 5,000 deaths. Even if you think the Communist Party of China statistics suspiciously low, it is hard to hide tens of thousands of deaths in today’s world, and so the toll is likely fairly low. South Korea, a pretty transparent democracy, has tiny numbers in comparison, less than 300 dead at the beginning of May. South Korea has done massive large scale testing and contact tracing, which allowed it to keep its economy open.

In contrast, this weekend the US death toll will hit 65,000, and the Los Alamos National Laboratory predict we could see 100,000 dead by the end of May, given the low rates of testing and the early reopening of many states. In fact, since many coronavirus patients die at home and are never diagnosed, we could be near 100,000 already, in reality.

The United States only has about 4 percent of the global population. But it has nearly a third of the known cases of covid-19 and has about 27% percent, over a fourth, of the reported deaths.

It overtook Italy in early April as the country with the largest number of cases in the world in absolute numbers.

In other words, the United States is the biggest coronavirus disaster in the world, with cases and deaths far out of proportion to its share of the global population and amazingly few tests performed per capita, and very little public health capacity for contact tracing (figuring out with whom the victim had been in contact and quarantining them, too).

If China suffered proportionally as badly as the US, that would be 260,000 dead people, since China is four times as populous as the US.

Even if the CPC has not reported all the deaths there, it certainly could not hide a catastrophe of those proportions.

In other words, the Chinese Communist Party has been a model of efficiency in dealing with the outbreak so far, compared to the walking wounded that is Trumpian, plutocratic public health policy.

But the capitalist democracy, South Korea, has done better than both of them. In fact, it makes you wonder if the US should still be allowed in the G8.

Even the UK, the government of which is just as useless as Trump’s, has fewer deaths per capita than the US. Unhinged Prime Minister Boris Johnson diddled about talking of “herd immunity” (i.e. ‘let grandma die’) before he finally instituted social distancing and then nearly died of the disease himself (having forgotten that he is grandma’s age himself).

Given that the US is heading toward 166,000 deaths by this fall according to some models, it could end up with twice as many deaths, proportionally, as Italy, the worst-hit country per capita.

There is therefore only one moniker for this novel coronavirus as appropriate as “Spanish Flu” was to the 2018 influenza pandemic. It is the Trump virus, folks.

Trump did not, unlike South Korea, swing into action in February to arrange for massive Federal testing, helping local authorities increase their contract tracing ability. The first death from the coronavirus occurred in South Korea the same day as the first person died of it in the US. Trump lackadaisically ignored his intel briefings and the contract to make the first test was given to a company in which Jared Kushner’s brother has a big stake. The first test they made, delivered substantially into February, did not even work. Centers for Disease Control doctors looked at the calendar then back at the failed tests, and said, yikes, we’re f*cked.

Without large scale testing and contact tracing, Trump had to institute social distancing. But he did not do that in good time, either, so, for instance, New York is still just plateauing and hasn’t begun declining. With many states opening too soon, there will be more spikes ahead.

Trump also did not procure the number of face masks, gowns and other personal protective equipment (PPE) that US physicians and nurses would need. Hundreds have died unnecessarily because Trump pissed away his two-month lead (the intel was clear in early January).

Trump’s administration is still refusing to provide the millions of tests needed safely to reopen the country, with the outcome that the country will be opened dangerously. In fact, he is letting Jared Kushner have the Department of Homeland Security essentially steal tests and PPE from governors and mayors. The Republican governor of Maryland had to put his, brought in through personal contacts from China, under the care of the state National Guard. Trump wants to confiscate this equipment so as to be able to give it back out as a political favor to his cronies, in a bid to strengthen his reelection prospects. Meanwhile, 65,000 Americans have died. That is twenty-one 9/11s.

Trumpie governors like Kemp in Georgia and DeSantis in Florida are guaranteeing a fall-winter “Second Wave” of the virus by reopening their states too soon, well before social distancing could reduce the transmission rate of the disease to something manageable.

This is the Trump Virus. It doesn’t matter where it came from. It matters how it was handled. Trump handled it badly. The awful thing is that he is not improving in his handling of it over time.