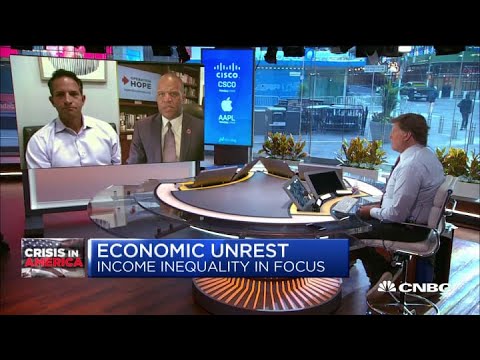 Southwest Harbor, Maine (Special to Informed Comment) – Hate crimes are still too prevalent, but there is a widespread consensus behind efforts to root them out. More recently the concept of systemic racism has come to the fore. Though definitions have not been universally accepted, I take it to mean any set of widely held assumptions or practices that consistently harm or diminish the prospects for minorities.

Seniority systems in union contracts or cash bail may not have been designed with intent to discriminate but they disproportionately disadvantage minorities. Police practices like stop and frisk or broken windows also disadvantage minorities as do various forms of high stakes testing and public education systems financed by property tax. The cumulative effect of all these practices is a whole that is greater than the sum of its parts in the burdens iit impose on African Americans.

Coverage of protest demonstrations is also becoming more attentive to abuses and excesses by the police though perhaps too accepting of the militarization of the police and the ways that constitutes a provocation of its own. What is much more rare is mention of socioeconomic inequality in shaping and being shaped by understanding of race. Norman Solomon reminds us of the class dimension of Black identity:

“From slavery onwards, vicious economic exploitation has been central to the oppression of African Americans. In spite of that reality—and because of it—the prevailing power structure and its dominant media arms are eager to separate racial justice from economic justice.

Yet the separation is absurd and disingenuous. “A close examination of wealth in the U.S. finds evidence of staggering racial disparities,” the Brookings Institution reported this year. The latest figures show that “the net worth of a typical white family is nearly 10 times greater than that of a black family.” Those wealth gaps “reveal the effects of accumulated inequality and discrimination, as well as differences in power and opportunity that can be traced back to this nation’s inception.”

Solomon recognizes that race politics and economics do not exist in separate spheres. Some of the harshest racial narratives sustain and are sustained by capitalism in its most unadulterated forms.

Thomas Jefferson, student of John Locke, proclaimed an inalienable right for all men to life, liberty, and the pursuit of happiness. (With pursuit of happiness being Jefferson’s euphemism for property.) This celebration of universal rights of course created a problem for him. Some men were not free, including men he owned. Columbia University professor Eric Foner argues that Jefferson resolved this contradiction by declaring black slaves less than fully human, a separate, inferior race. Living through centuries of white supremacy in some form Jefferson’s move may not seem that surprising, but slavery in much of the ancient world was often a matter of being captured in the wrong place at the wrong time and recognized as such. Jefferson’s rationale contributed to making slavery in the Americas especially harsh and cruel.

If classical homesteader capitalism could be an occasion to articulate and defend cruel versions of slavery, modern neoliberal capitalism has left behind its own sorry tale of racial politics. Consider the global financial crisis. The neoliberal faith that markets, including capital markets, were perfect information processing machine, gave rise to a movement for deregulation of those markets, a deregulatory mania endorsed widely across the political spectrum. Deregulation in turn spawned creation of a whole new set of financial products, including mortgages with teaser interest rates and securitization and sale of bundled mortgages. Middle class African Americans, who had long been denied fair access to credit, were an obvious market for the deceptive marketing of this new product. When the excesses of this market led to collapse, Black wealth was destroyed. No significant foreclosure relief was forthcoming even as the banks were bailed out—even to the point of bonuses being retained. No wonder the Black White wealth gap is so extreme.

In order to fight on behalf of its financial faith and economic interests financiers promulgated the notion that Blacks were irresponsible borrowers. Scrutiny of their credit histories, however, does not sustain this view. These buyers had good credit histories. Racial stereotypes had a long history and were available to sustain mainstream economic agendas in crisis.

Contemporary discussions of the origins of and damage inflicted by racism are clearly a step on the long arc toward justice. Nonetheless many lack adequate understanding of the coevolution of racial concepts and modern US capitalism.

CNBC: “Over 70% of black Americans say racism is the biggest problem in the U.S.: Survey Monkey poll”