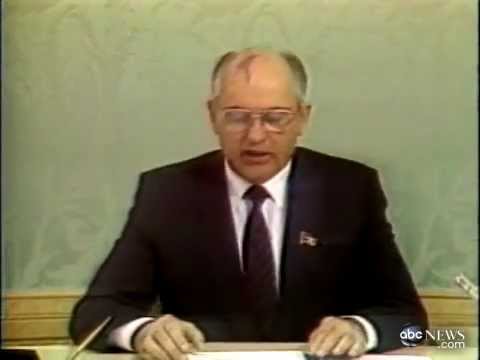 Rochester, NY (Special to Informed Comment) – An unforeseen health disaster with rapidly propagating domestic and international consequences strikes a superpower already wallowing in heavy seas. Overwhelmed by the surge, the ship of state floods, and begins to break up.

The comparison between Chernobyl and COVID might seem far-fetched – the USSR was a one-party state divided into ethnically defined republics (Russia, Armenia, etc.) with a nominally state-owned and planned economy. Nonetheless, the US today has many of the same problems the USSR had then – gerontocratic and corrupt elites, stagnating living standards, moribund ideology, imperial overreach and a crisis of the political system. Chernobyl shows that a single, seemingly limited crisis can capsize a dysfunctional system. It helps us to think about the unthinkable.

The Chernobyl catastrophe occurred against a backdrop of systemic dysfunction in the Soviet Union. By 1986, quality of life had been in decline for close to twenty years. Though per capita gross domestic product continued to grow slowly until the late 1980s, the population’s health—as measured by life expectancy and infant mortality—had been worsening since the late 1960s. Faith in the Communist utopia was waning, but ideology continued to obstruct recognition of reality. Suspicion of market mechanisms, obsessive secrecy, and fear of pluralism blocked attempts at problem-solving. Elderly party leaders reflexively dedicated to the status quo perpetuated the problem.

The Soviet Union also suffered from imperial overreach: With a GDP little more than half of that of the US, it provided support to Communist regimes in Eastern Europe, Southeast Asia, Cuba and Africa, while also fighting a guerrilla war in Afghanistan. This was a huge drain on Soviet resources. The union itself duplicated the structure of imperial overreach, as Russia, the most politically powerful republic, subsidized many of the other national republics.

Chernobyl occurred at the outset of Communist Party leader Mikhail Gorbachev’s campaign for greater glasnost, or “openness” in Soviet media and society. Gorbachev hoped that allowing the state-run media to cover real-life problems (poor medical care, shortages of consumer goods, bureaucratic corruption, economic inefficiency) would enable Soviet citizens to find creative solutions. His plan was not full freedom of speech, but use of mass communications to discuss particular problems within limits set by the party-state.

Chernobyl, however, forced the party leadership to green-light more press freedom than originally intended. The core meltdown and radiation release at the Chernobyl complex occurred early on the morning of April 26, 1986. News that an accident had occurred was not released until the evening of April 29, and it was downplayed. As the Politburo debated how much to reveal, detectors in Western Europe registered a spike in radiation. Western media accessible to many Soviet citizens began reporting that a major nuclear accident had occurred. The Politburo’s hand was forced. On May 7, more than ten days after the meltdown, the leading party newspaper Pravda admitted that a major disaster had occurred.
The Politburo go-ahead for more honest coverage of Chernobyl emboldened reform-minded journalists to publish more critical reporting and commentary in other fields. Greater freedom of expression released first a trickle, then a flood of complaints about economic, political and social dysfunction. Ethnic minority groups denounced Russian political domination, demanding autonomy or even independence.

Stung by attacks on their preeminent role, and frustrated by the empire’s drain on their resources, many Russians also came to favor leaving the union. In the end the Russian Republic was one of the first to declare independence from the USSR, preceded only by the Baltic states. Russia secession determined the collapse of the union.

The Soviet collapse was not inevitable. Instead it was a combination of systemic problems, political turmoil resulting from incomplete reforms, and specific events. Gorbachev himself believes that Chernobyl was the key precipitant.

An aging and corrupt political leadership, extraordinary military commitments abroad, stagnant real wages, declining life expectancy, a political crisis shaking fundamental state institutions–feels like looking in a mirror. The parallel goes further, because in the United States, as in the Soviet Union, false ideological propositions have blocked creative problem-solving. The propositions themselves are different – the free market can solve all social problems, cooperation is tyranny, government is ipso facto ineffective, money is the ultimate measure of well-being – but we cling to them with equal desperation.

COVID has transformed America’s systemic problems into an open crisis. The absence of a coordinated federal response to the pandemic has led to states filling the void by asserting themselves in novel ways, from setting up traffic checkpoints to monitor visitors, to using state police to guard coronavirus tests against federal seizure. The sheer irrationality and irresponsibility of some red state responses to the pandemic—denial, dismissal of medical expertise, armed protests against public health measures — have shocked the rest of the country and threaten to deepen a red/blue divide.

Given these developments, it would not be surprising if blue states sought to distance themselves from red state dysfunction (indeed blue states on both coasts have formed coalitions to coordinate public health measures against the pandemic). There is growing awareness in the blue states that red states as a group suck far more money out of the federal budget than blue states, and pay in less taxes (analogous to the Russian relationship to the larger Soviet Union). Add to this the facts that blue states overall are better educated, healthier, wealthier and more economically dynamic than red states, but underrepresented in the Senate and Electoral College.

Red state Republicans discuss secession openly, but it is blue state citizens who have greater cause for resentment. Could we be approaching an inflection point, at which neither “blue” nor “red” America wants any part of the union, similar to that in the Soviet Union in the late 1980s?

If we are, the 2020 presidential election could be fateful. Any outcome other than a wide electoral and popular vote victory for Biden or Trump will accelerate centrifugal forces. How would blue state leaders and citizens react should Biden win the popular vote by a wide margin and lose the Electoral College (a very possible outcome)? How would red states react if Biden were to win a narrow victory and Trump insist that he stole the election by vote fraud? Under such circumstances the break-up of the union – declarations of partial or full state sovereignty – is imaginable.

A rogue wave has struck a ship already in distress. Will she founder?

Matthew Lenoe is an associate professor of Russian and Soviet History at the University of Rochester and author of The Kirov Murder and Soviet History (Yale UP, 2010) and Closer to the Masses: Stalinist Culture, Social Revolution and Soviet Newspapers (Harvard University Press, 2004), along with numerous academic articles and essays in The Washington Post and the Boston Globe.