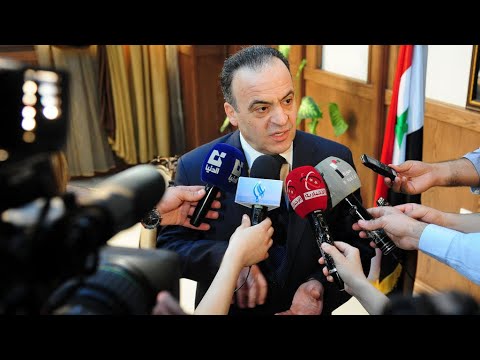 Detroit (Special to Informed Comment) – Since its creation in 1920 during the Sam Remo Conference, led by the victors of WWI, the nation-state of Syria has endured a seemingly perpetual cycle of violence illustrated by numerous revolts, rebellions, coups, uprisings, and internecine conflicts over the decades and which continue to haunt the country of nearly twenty million a hundred years later. Factor in WWI and the decades preceding it, the population of the Ottoman province of Syria (Vilayeti Suriya) has been subjected to what seems like more than a century of utter misfortune. By the end of WWI, some 500,000 people living in Greater Syria succumbed to fighting, famine and disease and it is certain that a substantial number of lives, in fact, were lost to the 1918 flu pandemic that even claimed the life of one of the modern Middle East’s chief architects- Sir Mark Sykes (of the infamous Sykes-Picot Agreement).

Fast forward to 2020 and some 500,000 or more Syrians have perished in its broad conflict while a new, global pandemic, COVID-19, threatens to further ravage the people of Syria. A measure of surrealness surrounds this horrifying déjà vu, and the chances that war, economic collapse, and pandemic strike the same place twice during such a short chronological period, is seemingly unimaginable for many of us. Yet, a few generations later and the people of Syria are living the same nightmare of their grandparents and great grandparents.

While the precise historical circumstances differ, the outcomes have been similar. Today, the multi-faceted and complex uprising turned civil war, turned proxy battlefield at the hands of major regional and extra-regional players vying for regional hegemony in Syria has entered its ninth year and the various conflicts beleaguering the Syrian government remain trying. Roughly half of Syria’s body politic are either refugees living outside the country (the bulk of whom are in Turkey, Lebanon, Jordan with many others spread around the world) or are internally displaced. Entire sections of cities have been demolished, razed, obliterated, and countless neighborhoods and urban districts have been reduced to rubble from fighting on the ground and as a result of air strikes.

President Bashar al-Assad continues to be the target of unrest and criticism around the nation and has become increasingly concerned about his and his family’s future, going forward. Rifts between him and his billionaire maternal cousin, Rami Makhlouf have now become public and Makhlouf has been barred from traveling and his assets have been frozen on account of allegedly failing to pay millions in back taxes. Makhlouf, believed to have been in control of more than half of Syria’s economy, is only one of a handful of regime loyalists who have been targeted by Assad in recent months. Prince Muhammad bin Salman, in an attempt to control influential actors in the Saudi Kingdom, similarly placed close relatives under house arrest and seized billions of dollars in assets as both a symbolic show of force as well as a money-grab in a nation whose economic future has become uncertain. A similar situation is unfolding in Syria, it appears, and for similar reasons.

Additionally, the long-exiled paternal uncle and cousin of Bashar, Rifaat and Duraid al-Assad, have even conveyed that they may have a role to play in the future of Syria, going forward. What all of this means is uncertain at this point, with some arguing that Assad is concerned about losing out to other Assad family members and others asserting that the crackdown represents a re-orientation of power and serving as a muscle-flexing exercise. Syrians and outsiders are watching closely to see if there is, in fact, a serious internal family dilemma and whether it morphs into a wider, inner-Ba’athist struggle for power.

Just last week, Assad fired Prime Minister Imad Khamis in what many see as an attempt to divert attention away from Assad as the reason for the nation’s economic woes. However, things have devolved so terribly in Syria, financially, that in 2011 (at the start of the conflict), one U.S. dollar was worth 47 Syrian pounds. That number has now skyrocketed to 3200 Syrian pounds per U.S. dollar, thus exacerbating the almost indescribable hardships Syrians have endured for nearly a decade now. In fact, some observers believe that the crumbling economy, alongside the Syrian government’s unbridled corruption, may be Assad’s undoing (even the Russians have reportedly criticized Assad in newspapers over his government’s unchecked nepotism and financial improprieties).

Nonetheless, Putin and his nation’s armed forces continue to expand their operations and overall presence in Syria (leading to new tensions between them and U.S. forces), Erdogan and the Turks have their own independent vision for the future of its southern neighbor and continues to occupy parts of northern Syrian including Afrin, Tell Abyad, Ras al-Ain, militias and terror groups remain a security issue, and swaths of Syria remain home to anti-government opposition such as As-Suweida and the Houran region, especially Dera’a, which remains a hot-spot for anti-government dissent. In As-Suweida, anti-regime protests are in full swing among its Druze population (a subsect of Shi’ite Islam) with demonstrators shouting the famous Arab Spring chant ‘al sha’ib yureed isgaat al-nithaam’ (‘the people want the downfall of the regime’) as well as other anti-Assad slogans over horrifying living conditions there.

The Israeli Air Force frequently launches missile attacks against Syrian, Hezbollah, and Iranian targets inside the country, and the regime and its allies have yet to secure the entirety of the war-torn nation whose population has endured some of the most extensive and traumatic conditions since WWI which produced destruction, famine, and a frightening death toll in the area constituting much of modern Syria. Today, like in 1918-1920, some half a million Syrians are dead, tens of thousands languish in government prisons or have disappeared (abducted, killed, etc.), there are food shortages, wheat and flour are at critically low levels, and more than nine million Syrians have been further immiserated by food insecurity which has even produced a black market for bread.

Damascus remains a heavily surveilled city with Syrian intelligence monitoring who departs and who arrives and Syrian ex-pats, particularly those returning from western countries, are viewed as security threats, especially young (military-aged) men on account of their absence and their time in enemy lands such as the U.S. and Europe. They are regularly interrogated and some even imprisoned and tortured. In fact, thousands of Syrian men who have returned to Syria, either voluntarily or forcefully, have been jailed or have disappeared, with no records of their whereabouts.

According to a Washington Post report from July 2019, some 2,000 Syrian men who had returned to Syria have endured such fates. The country’s security woes are further compounded by a collapsing economy, as the Syrian Pound continues to plunge while the corrupt, kleptocratic infrastructure of Syria’s administration continues to be denounced and protested by everyday Syrians across the country. Its neighbor to the west, Lebanon (home to hundreds of thousands of Syrians who have fled), has just experienced a crippling banking collapse that is sending shockwaves into Syria, creating additional strains on Syrian economic life, which is translating into further anti-government sentiments.

On top of this, the spread of COVID-19, like the Flu Pandemic of 1918, also poses a major threat to a nation whose demoralized and broken medical community is ill-equipped to tackle and will further immiserate a population who has already lost as astounding number of its own citizens to the unrelenting violence that has plagued the country since March of 2011. The dilapidated healthcare infrastructure that has yet to recover from the horrifying bloodshed of the uprising and ensuing violence could not sustain a major outbreak and while the confirmed cases are low right now, it is likely the result of a lack of testing, not a lack of infections (as of June 13, 2020, the Syrian Ministry of Health has recorded 177 confirmed coronavirus cases and 7 fatalities but only 5,833 COVID-19 tests have been conducted across only three governorates thus far, according to the UN Office for the Coordination of Humanitarian Affairs and the World Health Organization). Of course, as infection rates rise, the already plummeting economy and food shortages will intensify, increasing the misery of millions of everyday Syrians who have yet to recover from the war that engulfed the nation for years.

Attempting to gain from the coronavirus outbreak is ISIS (or Daesh). In fact, ISIS is resurgent in Syria (and in Iraq) and hopes to capitalize on the spread of COVID-19 which has led to government, administrative, and military vulnerabilities. ISIS, while holding no territory, has been actively engaged in sporadic terror attacks in Syria and Iraq, provoking a response by U.S. and coalition forces via Operation Inherent Resolve- the premier anti-ISIS military campaign that targets ISIS fighters in both countries. Additionally, U.S. forces reportedly launched a successful drone strike in northwestern Syria that killed two top Al-Qaeda-linked commanders (belonging to the Horras al-Din group) on Sunday (6/14/2020) in Idlib province.

Furthermore, Iran continues to play a major role in Syria despite its own economic and pandemic-related woes. It would be quite difficult for the Iranian government, who reportedly invested some $30 billion in propping up Assad, to simply depart Syria anytime soon. The same can be said for Lebanon’s Hezbollah, who has similarly made major sacrifices to ensure Assad’s position there. The subversion of Syrian sovereignty is beginning to take its toll, though, and is a byproduct of the Syrian government’s capitulation to conventional, armed forces of Iran as well as militias from around the region and beyond.

In other words, Assad’s authority and political autonomy is constrained by the fact that powerful actors have made major investments in (and took many losses), and have spent incredible resources trying to maintain their foothold in Syria and are unlikely to bow to Assad if he becomes a liability. This creates a framework for which to place the next phase of Syria’s upheaval, though it is difficult to predict what happens next. One thing is for certain, though- the protracted conflict does not appear to have an end in sight and the more vulnerable Assad appears to his neighbors and to the various fighting forces vying for power in his domain, the more unstable Syria will become. Between the multiple actors engaged inside Syria, the country’s declining standards of living, and the spread of disease, one can surmise that we are entering a new phase of the Syrian dilemma, albeit one reminiscent of the circumstances surrounding its very birth, only a century ago.

By 1918, Syria became detached from the Ottoman Empire and endured a massive loss of life due to fighting, starvation and disease stemming largely from the events of WWI. The Syrians endured an appalling level of violence, economic devastation, and a pandemic by the time the nation-state of Syria was born in 1920. In 2020, Syria continues to reel from crushing, hair-raising violence, an economic catastrophe and yet another a blood-curling pandemic. This redundant reality Syrians are facing is distressingly unpalatable and is a testament to the fragility and vulnerability of humanity’s collective well-being. It is challenging to predict what happens next in Syria, but the short-term future appears increasingly bleak and dire.