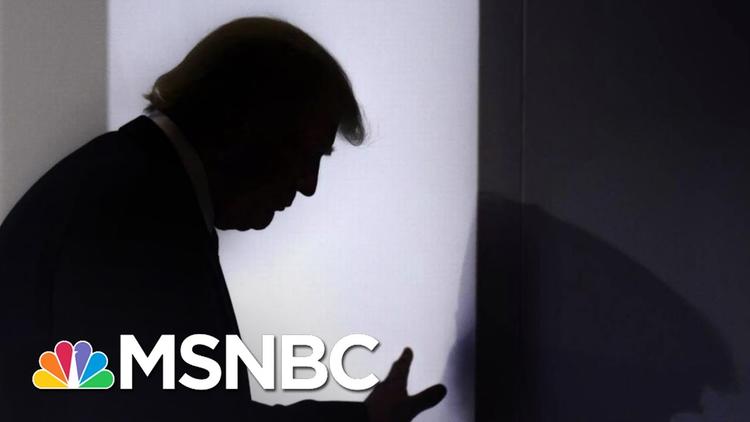 Chicago (Special to Informed Comment) – Today the United States eclipsed 125,000 deaths from the Coronavirus pandemic, and the worst might be yet to come. Despite having months to right-foot the White House’s initial, lackadaisical response to the looming disaster, the country is in many ways in a more dire position than it was in March. After never fully crushing the first wave like pretty much every other developed country on the planet managed to do, the United States is currently on possibly the worst of all trajectories, with cases soaring in populous Florida, Arizona, Texas and California. The conscientious citizens who locked themselves down for months in a hopeful display of national solidarity so that the government could collect its sorry self and create systems to rub out new clusters sacrificed their livelihoods and sanity mostly for nothing.

The villains in this story are many, but there is a single, unifying theme: the Republican Party in its current iteration is an incredibly dangerous organization, led by credulous fools whose information diet is produced by bloviating con artists and who are so desperate to maintain their ill-gotten power that they will sacrifice hundreds of thousands of lives to do so. The sneering ringleader of this death cult is the President of the United States himself, who squandered critical weeks of preparation time early in the pandemic, and then prematurely decided the crisis was over sometime in late April. President Trump’s gratuitously stupid and misleading press briefings have been replaced by precisely nothing, giving the deliberate and false impression that the virus has been vanquished.

His vain refusal to mask up in public has turned a cheap and effective public health intervention into yet another front in the right’s fevered, paranoid culture war. He pimped miracle cures like Alex Jones, leapt like Pavlov’s dog at any opportunity to brag about ephemeral economic rebounds, and forced terrified governors to mount clandestine operations to obtain and hide medical equipment. His every utterance worsened the general atmosphere of confusion and hopelessness by demonstrating the abject uselessness – or often the outright malevolence – of the federal government. The White House even invented comical explanations for the president’s lethargic buck-passing, by claiming that President Trump had empowered “our great governors” and harnessed the energy of federalism. Lies, lies, lies. At every stage of this nightmare, you could count on whatever flimflam the administration peddled to the media to be counterfeited by actual facts days or weeks later.

The president’s steadfast refusal to take seriously the worst health calamity in a century infected nearly all of his slavish devotees in statehouses and state legislatures across the land. While Republican governors like Ohio’s Mike DeWine and Massachusetts’ Charlie Baker largely followed the lead of public health experts, most chose to downplay the threat, imposed weaker restrictions than necessary and then jumped to reopen their states at the earliest possible opportunity. To do otherwise would have put them on the wrong side of Trump’s wrathful cult, to invite the derision of the whiny, grievance-obsessed diehards who cracked up in spectacular fashion just weeks into social distancing while the country’s heroic essential workers selflessly risked their lives to keep society intact. It is hard to look at the collection of hysterical protestors in places like Michigan and Illinois and remember that these are the descendants of people who fought and won World War II.

But like nearly all of the disasters which have befallen us this century, the indefensible policies of state and national Republicans were accelerated, justified and then weaponized by a relatively small number of spiritually dead charlatans in the conservative media universe. These Covid truthers have been given an extraordinary amount of media attention and their uninformed musings ricocheted predictably around the right-wing pinball machine, building hostility first to the lockdowns and then to any remaining mitigation measures during reopenings. As they were designed to do. The right-wing hackverse exists almost solely to prop up the interests of capitalists and white supremacists.

Berenson is not alone. Law professor and Hoover Institution gadfly Richard Epstein got himself famous in all the wrong ways by predicting in March that Covid-19 would kill only 500 people in the United States. He later revised his estimate to 2,000 deaths while accusing governors like J.B. Pritzker of Illinois of “hysterical and sloppy” projections and calling for Coronavirus decisions to be made “at the level of plants, hotels, restaurants, and schools than remotely by political leaders.” Meanwhile, more people died in Pritzker’s Illinois in May alone than Epstein predicted would perish in the whole country. These articles are still linked proudly on the Hoover Institution’s website. America’s Oracle of Wrong just can’t quit. On June 8th, he declared in the Las Vegas Review-Journal that “Today, there is really a tale of two Americas — one blue and one red — that will determine just how fast the economy will open. The red states have lower death rates and higher levels of economic activity.” Check back in on that one in two weeks, right?

A common thread for most of these dreadful predictions is to take a snapshot of noisy data and then to make sweeping, unsupported conclusions based on little more than wishcasting and motivated reasoning. Former “family values” scold and militant Trumper William Bennett wrote a popular series of articles in March and April with a talk show host named Seth Leibsohn dragging the lockdowns. On March 27th they wrote that “we have engaged in the volitional destruction of the economy and caused unbridled panic over a number we don’t know we will reach but most think will not surpass the combined annual death toll of the regular flu and annual traffic deaths, to say nothing of opioid deaths.” You will be unsurprised, dear reader, to learn that we are on the precipice of surpassing the combined 2018 totals – about 137,000 – of all three. That should happen sometime in early July. At this point doubling that number might be an optimistic scenario.

Bennett and Liebsohn also took delight in gloating about the supposed genius of Florida governor Ron DeSantis. “In March,” they wrote in an April 28thth article for Fox, “Florida was projected to be the second-worst state for COVID-19 deaths, with predictions of 174 per day and a total of nearly 7,000 by the end of the summer. Nothing like this has transpired and it will not come to pass.” Seeing as how Florida is currently setting record after record for new daily new cases, 7,000 deaths will, in fact, come to pass, and if DeSantis doesn’t take dramatic action, and soon, the state will blow past that number like a hurricane on its way to landfall. It is certainly starting to look like, contra Rich Lowry, DeSantis is not owed an apology after all but rather a thorough ass-kicking the next time he’s up for election.

Neither Bennett nor Leibsohn had a scintilla of expertise on the subject they were pontificating about. Neither does Berenson. Neither does Epstein. Yet you could find them all on Fox News and OANN peddling their pet theories about how viruses always become less deadly with time or how hot weather kills Covid or how maybe Hydroxychlorquine can save lives just like the president says or how masks are a sign of weakness or how we should just wall off the olds and go about our daily lives, and on and on and on. And there are legions of pundits ready to pick up the baton of subservience to President Trump from these guys by declaring that the lockdowns were “possibly, the worst mistake the world has ever made.” Having been proven catastrophically wrong with their fingers-in-ears denialism, the conservative media has now taken its cue from President Trump and mostly moved on. Pandemic over! Nothing to see here. As I write this, there are eight links on the Fox News opinion page about mobs tearing down statutes and one about the Coronavirus even though the disease is now eating its way through the four biggest red states in the country.

Did “the experts” get every single thing right? God, no. From the baffling early messaging discouraging mask-wearing to the slow realization that outdoor transmission of the virus is quite unlikely, public health officials have made their share of missteps. Everyone might have been better off from the get-go had experts admitted that there remains much about the virus that we don’t know, including why certain states and cities were hit so much harder early on than others. But dismissing entire fields of painstakingly acquired human knowledge because a forecasting model was off the mark or because Anthony Fauci said a bad thing about masks highlights the astonishing turn away from expertise that the Republican Party took decades ago.

On the one hand, you have tens of thousands of well-meaning, hard-working scientists, doctors and public health leaders doing their very best to respond to a new virus, offer advice to policymakers and adjust as quickly as possible to new information. On the other hand, you have disgraced pundits, shouty radio jockeys, the most ignorant executive in American history and millions of followers who seem not to believe in the germ theory of disease transmission, a monumental scientific breakthrough from the 19th century. Which group of people do you trust to be right more often than not? When you click a link to an article by a guy whose signature intellectual achievement is an unintentionally hilarious book about how marijuana turns people into homicidal psychopaths, do you not take a moment to pause and reflect on whether you should believe what they say about Covid-19?

The cost of living in a country run by inept, malevolent buffoons and a political party that proudly leans into this know-nothingism in nearly every conceivable area of public policy has turned out to be quite high. As functional societies in Asia and Europe return to some level of normalcy, the United States has already absorbed a staggering death toll, and might be in full-on crisis mode until either the day a vaccine starts hitting bloodstreams or we all get it. It could be months or even years before Americans are granted entry into countries who have gotten their outbreaks under control. Schools may have to remain fully or partially closed through the fall, while parents already teetering on the edge of insanity are called back to work. The delusions of stock market investors will be shattered when it becomes clear just how much of the economy will remain shuttered or operate well below capacity because our leaders lacked the will and the competence to get things right.

If misery truly loves company, it should be thrilled with its 330 million new companions, a whole country full of people whose lives are being ruined and immiserated because a nihilist minority of voters in 2016 wanted to roll the dice. Whee! I hope they’re having fun. If there’s a silver lining to this national casket, it’s that the scale of the Trump administration’s unforgivable malfeasance may finally be dawning on an electorally significant slice of the electorate, which at this moment appears set to deliver the worst defeat for an incumbent president and his party since 1932. I wouldn’t want to channel my inner Larry Kudlow by calling it “airtight,” but I do feel increasingly optimistic that in 130 days we’ll be bringing the number of Trumps in the White House down to zero.