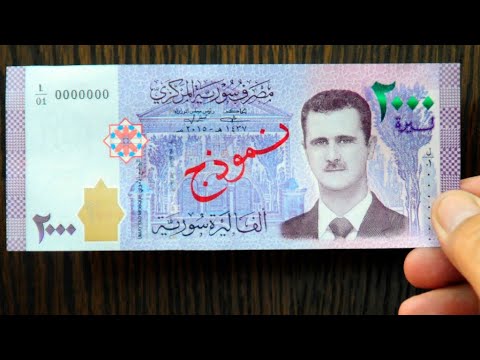 ( Middle East Monitor ) – Seeing is believing, as the saying goes. And after seeing the 53,275 photographs proving the torture and arbitrary killings committed by the Syrian regime which were smuggled out by a former police photographer named “Caesar” in 2014, the US has finally decided to impose maximum pressure on the regime of Bashar Al-Assad.

The Caesar Act is a US law which imposes economic sanctions on 39 entities within and affiliated with the regime, including Assad and his British wife Asma. It came into effect this week.

After the destruction of the country’s infrastructure during the ongoing civil war, the current economic recession has proven to be the second largest crisis Syria has faced over the past decade. A mix of the regime’s financial mismanagement and prioritisation of funding the war; the effects of previous sanctions; and the economic recession in Lebanon, where regime individuals hold bank accounts, has caused the Syrian currency to plummet from 50 pounds for US$1 in 2011 to 514 at the time of writing.

READ: The failure of the Syrian economy goes beyond the imminent Caesar Act

Apart from reviving the usual speculation and predictions of this being the final nail in the regime’s coffin, it signifies serious economic woes for the country as a whole. It is not only regime-held areas that have been suffering from the economic hardship, but also northern areas held by the opposition and north-east areas held by the Kurdish militias. The opposition in Idlib has even adopted the Turkish lira in place of the disastrous Syrian pound, although the Kurds have announced that they will

Sanctions have long been a humanitarian concern, however, with those imposed previously having crippled the economies of a number of Middle East states. In all cases the effects have damaged the civilian populations more than the regimes that they were supposed to target. The US-led sanctions on Iraq during the Saddam-era, for example, were estimated to have caused the deaths of 576,000 children, and even the sanctions on Iran have been felt particularly bitterly during the coronavirus pandemic.

By forbidding all entities, businesses and individuals from dealing with the Syrian regime and its affiliates – with the threat of sanctions, arrests and travel bans –lives will certainly be made harder and international freedom will be restricted. This does not, however, mean the downfall of the regime or its allies.

The reality is that sanctions rarely, if ever, force a dictator to step down or a regime to mend its ways. What they do tend to achieve, though, is persuade the regimes targeted into accepting talks and reaching agreements. The 2015 Iran nuclear deal and the various conferences linked to the Syrian peace process are examples of this. Nevertheless, they are the exceptions rather than the rule, and have happened only after years of suffering by ordinary citizens.

Despite the sanctions and the fact that the prospects for international investment in Syria have never looked bleaker, the Assad regime is not without all of its income streams. Its involvement in black market activities – along with Hezbollah and other Iran-backed Shia militias – has been one such resource for years. Drug-smuggling has been another; the Assad regime has been proven to be involved, not least by notable drug-busting operations in the region, but is likely to continue without much hindrance, and new markets will be sought.

READ: While the House of Assad crumbles, the West plays Sykes-Picot 2.0 with Syria’s Kurds

Syria is also helped by its allies Iran and Russia, who have not only supported Assad militarily throughout the nine years of the conflict but have also invested in the country by competing for reconstruction contracts and establishing relations with businesses tied to the regime. This has particularly been the case with Iran, which has contributed around $30 billion to Assad’s war efforts, an impressive investment for a country long suffering under sanctions itself.

Many have speculated about the continuation of such help for the Syrian regime with the Caesar Act coming into force; will contracts be cancelled, and will its allies distance themselves from the regime? This is unlikely, as both Iran and Russia have invested far too much in the country already and have a significant stake in its future as competitors for post-war influence. Although new investors may be dismayed, those who have been in the game long enough are unlikely to pull out now. Iran has already dismissed such speculation, telling Syria that it will continue to provide economic support to despite the Caesar sanctions.

This new wave of sanctions is a punishment for those complicit in the torture and murder of Syrians, but they must not be mistaken as the means by which the regime will fall or be reformed. They are not a solution for the country. Even so, as the sanctions take effect, the next few years will likely witness the regime being pressured once again to sit at the negotiating table, and at best to accept certain conditions for a modicum of reform. History suggests, however, that Assad’s stubbornness will see the regime looking for ways to get around the latest sanctions, while it tries to regain control of as much of its territory as possible.