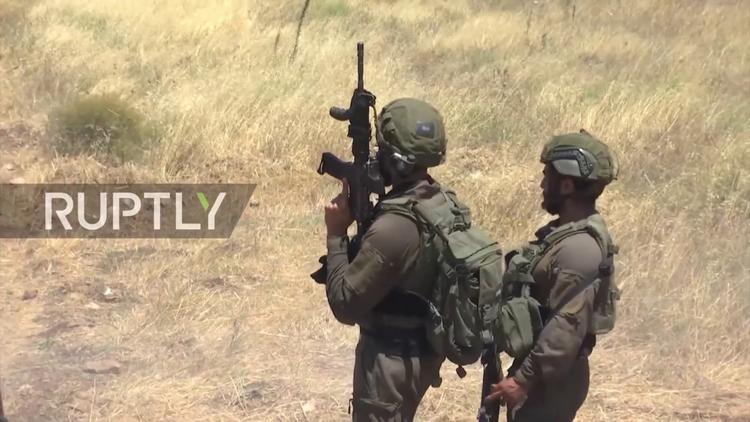 ( Middle East Monitor.) – As expected, Prime Minister Benjamin Netanyahu postponed Israel’s annexation plan… on the pretext of finishing his consultations with an American delegation. His decision was not made known for certain to his Foreign Minister, retired General Gabi Ashkenazi, who told Israel’s Army Radio: “It seems unlikely to me that this will happen today [1 July]. I reckon there will be nothing today, regarding [the extension of Israeli] sovereignty.”

Although Ashkenazi is a minister in a government led by Netanyahu, he spoke about the date of the planned annexation as a member of the Blue and White Party, a coalition partner led by another former general, Defence Minister Benny Gantz. While Ashkenazi did not provide a clear explanation for the postponement of the annexation, Gantz did not hesitate, starting with the fight against the coronavirus pandemic. He pointed out that 1 July was neither sacred nor set in stone as the official annexation date, because the unity government is divided with several heads.

The postponement was no great surprise or the product of a particular variable. It was imposed by the mounting pressure and concern within Israel and Washington, which pressed for the formation of the unity government. The US is also afraid of an outbreak of protests in the occupied Palestinian territories and, indeed, across the region, as a result of the Israeli annexation plan. The Trump administration’s concerns have grown with the spread of the coronavirus and the growing tension with Iran in light of the Caesar Act’s consequences for Syria. More important has been the international and especially European opposition to the Israeli move; UN Secretary-General Antonio Guterres drew attention repeatedly to the illegality of the annexation and its threat to regional stability and, as the 1 July implementation date approached, a clearer international position became evident.

“An annexation decision could not be left without consequences,” Foreign Minister Jean-Yves Le Drian told the French Parliament. “We are examining different options at a national level and also in coordination with our main European partners.”

Britain’s Prime Minister Boris Johnson addressed Israel’s leaders lovingly, as usual, but said: “I profoundly hope that annexation does not go ahead. If it does, the UK will not recognise any changes to the 1967 lines, except those agreed between both parties.” Labour opposition leader Sir Keir Starmer expressed a firmer position, warning against the Israeli move and talking about possible sanctions.

These warnings set out new parameters; they are not what Netanyahu expected to hear, so he could isolate his country from Europe and simply use Israel’s military superiority to impose its will on the Palestinians, using the annexation and Israeli sovereignty to give himself a fig leaf of legitimacy to act as he sees fit. The step is reminiscent of major revolutions such as happened in Algeria when France failed to implement its promises made after the Second World War. Those promises were similar to the guarantees and promises made to the Palestine Liberation Organisation (PLO) following the signing of the Oslo Accords which have not been implemented.

The political and security tracks of Netanyahu’s annexation plan collided with many facts and realities in occupied Palestine, the region and the world, despite his efforts to bypass them by promoting normalisation with the Gulf states and suggesting partial or gradual annexation, culminating with his “discussions with the Americans” as an excuse to postpone the implementation date. None of his efforts have prevented escalations in the occupied Palestinian territories in the Gaza Strip and the West Bank, and they have not stopped the new path from taking shape.

International reactions continued to snowball yesterday, as the postponement did not encourage any fundamental changes in them. Israel was met with a Palestinian counterstrategy based on escalation, confrontation and maximisation of the international and regional pressure. This could open the door to a new scenario that surpasses the miserable propositions of Netanyahu and some Zionist research centres which envisage getting annexation and normalisation implemented and out of the way before the US presidential election in November without major consequences in the region.

The Israeli annexation plan has charted a new path for the conflict and opened the door to new scenarios, security and political possibilities. The first could be the collapse of Israel’s unity government. If the annexation project can be thwarted, we could see more political, military and legal achievements in the face of the Israeli occupation in the West Bank and Gaza Strip. These could have repercussions beyond the US election and affect alliances and ongoing conflicts in the region.

This article first appeared in Arabic in on 2 July 2020