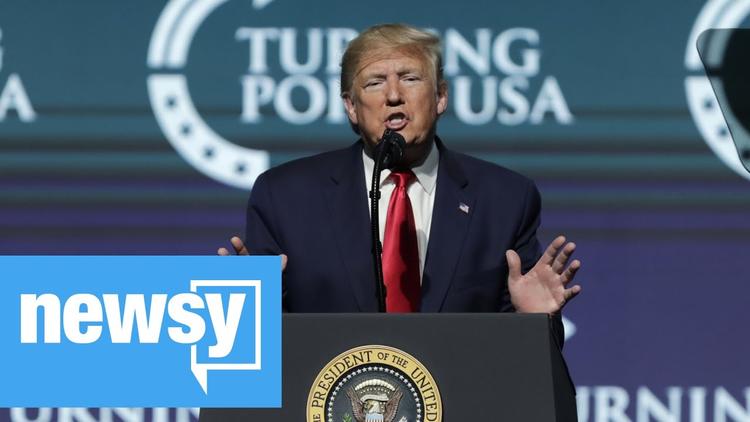 So far, early polls imply that obnoxious President Trump, the darling of born-again whites, may suffer a historic defeat. (Although I’m unreligious, I pray ardently for that outcome.)

Of course, a huge Trump loss could be attributed partly to his mishandling of the bizarre pandemic jangling America. But it will be telling if the GOP’s fundamentalist wing cannot rescue him.

The religious right was so strong and organized that it was decisive in electing three Republican presidents: Ronald Reagan, George W. Bush and Trump. And it produced countless state-level GOP victories. However, various indicators now suggest that it’s losing clout. To wit:

Americans who say their faith is “none” are quitting religion at an amazing rate. In the 1990s, they rose to one-tenth of the population, and now they’re one-fourth. They generally hold progressive political values, making them the largest faith segment in the Democratic Party base. As religion retreats, white evangelicals have shrunk to just 15 percent of the populace.

Relentlessly changing demographics alter the electorate. Robert Jones, author of “The End of White Christian America,” says the once-mighty majority has shrunk to just 42 percent, with more shrinkage ahead.

(Actually, evangelicals refute Jesus by embracing the GOP. Jesus was a liberal who sided with underdogs, constantly preaching: help the poor, clothe the naked, heal the sick, feed the hungry, aid the unfortunate. You might say he endorsed the social “safety net” supported by progressive politics. It’s a contradiction for evangelicals to back Republicans who want to slash the safety net to give the rich a tax break. In effect, they oppose Jesus.)

This year, another big-money political blitz is afoot. “Evangelicals for Trump” was launched on Jan. 3 in Miami. Millions will be spent to mobilize born-again congregations for the GOP. Resurrection Pictures is ready to release a film declaring that the AntiChrist will win if Trump loses.

But the pandemic is preventing many churches from holding worship services. Maybe that will hinder the attempt to use religion as a political machine.

The election is Nov. 3, about 14 weeks off. Will 2020 be the year when white evangelicals no longer can swing victory to the Republican Party? I devoutly hope so.

Newsy: “Trump, Pence Lean Into Evangelical Voter Bloc Ahead Of 2020”