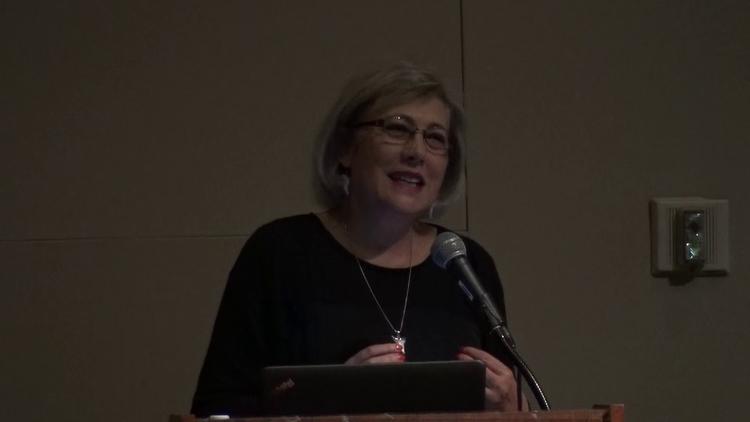 The decision on June 19, 2020, by two Republican appointees and one Democratic appointee, continues a string of victories for the ASA in a case it has defended since April 2016. Thomas C. Mugavero of Whiteford, Taylor &amp; Preston L.L.P. argued the cause for appellees with counsel on the joint brief from Mark Allen Kleiman, and Maria C. LaHood and Shayana D. Kadidal of the Center for Constitutional Rights.

Background
In December 2013, with the recognition that “there is no effective or substantive academic freedom for Palestinian students and scholars under conditions of Israeli occupation” and that “Israeli institutions of higher learning are a party to Israeli state policies that violate human rights,” the ASA’s National Council endorsed “the call of Palestinian civil society for a boycott of Israeli academic institutions.” This resolution was ratified by the ASA’s membership with a vote of 66.05% “yes,” 30.5% “no,” and 3.43% “abstain.”

The ASA has previously won dismissal of two cases in New York brought by Israeli organizations, the International Legal Forum (ILF) and Athenaeum Blue &amp; White. (The latter was incorporated by David Abrams on the day he filed the lawsuit. Founder of the Zionist Advocacy Center, which is a registered foreign agent for the ILF, Abrams has sued a wide range of entities, including the Carter Center, the National Lawyers Guild, the City of Durham, and at least three universities. He also petitioned the IRS to revoke the charitable status of Médecins Sans Frontières/Doctors without Borders.)

In their lawsuits alleging ASA’s boycott resolution and activities violate state and city human rights laws, the ILF and Abrams complained that the ASA does not permit Israeli organizations to become members, despite ILF’s admission that it never attempted to apply for membership and Abrams admission that his group’s application was fulfilled by ASA. The courts ruled that these organizations, having suffered no injury, had no standing to sue the ASA. The judge in Manhattan went a step further to opine: “Moreover, even if ILF’s claims were ripe, this court strains to see how ASA’s actions, as alleged by ILF, would not be protected under ASA’s right to freedom of association.”
The United States Court of Appeals’ recent decision in Bronner, et al. v. Duggan, et al, caps a succession of rejections of the Plaintiffs’ claims and arguments in the federal courts.

New Court of Appeals Ruling
With its ruling of June 19, 2020, the Court of Appeals has thoroughly rejected the arguments of Bronner, et al, to overturn these dismissals. It twice cited Bronner, Rockland, Kupfer, and Barton for stretching the relevance of case law “too far” and elsewhere opined that “the case law does not corroborate their unsupported assertions.” It repudiated the attempts of Bronner, et al., to utilize a valid direct claim as a “Trojan horse to sneak” invalid “derivative claims past the bulwarks of the federal courts.” The Court also rejected the plaintiffs’ claims for punitive damages. What may be of particular interest to ASA members is the court’s ruling denying the standing of Bronner, et al., to have their case heard in federal court based on the value of their alleged damages. “The Professors have provided nothing beyond a bare-bones assertion of jurisdictional sufficiency,” the judges declared, “to suggest that the monetary damages arising from their direct claims even remotely approach [the required threshold of] $75,000.” In other words, even if one took the major leap to assume that their claims were valid for the sake of argument, Bronner, et al., were deemed to have wildly overstated the maximum potential value of the damages they claimed to have suffer.
The decision by the federal Court of Appeals points out that that Bronner, et al., despite having multiple opportunities to do so, have offered no evidence that they suffered in any measurable way from decisions ASA leaders have made from the passage of the boycott resolution to the filing of their complaints. Regarding their apparent inability to identify any actual damages, the federal Court of Appeals noted:

“The Professors nowhere explain how they have suffered economic or reputational damage. They assert no loss of standing within their universities. They do not purport to have been denied tenure, promotions or other prestigious honors. Nor do they claim to have had their writings rejected by academic journals.”

This repeated failure by Bronner, et. al, moved the Court to cite a passage from a prior case: “a litigant has an obligation to spell out its arguments squarely and distinctly, or else forever hold its peace.”

Forward in this Generation
Although this victory leaves other pending litigation unresolved, the ASA will keep moving forward in these urgent times. We will continue to defend our work, our reputation, and our members who come under attack. We will continue to form principled alliances in the interests of academic freedom and social justice. Through our meetings, journal, elections, chapters, committees, caucuses, and other communications, we will continue to host dialogue, debate, and disagreement among those who value and appreciate critical and engaged scholarship that rises to the challenges of this moment in history.

We thank you for your solidarity and support.