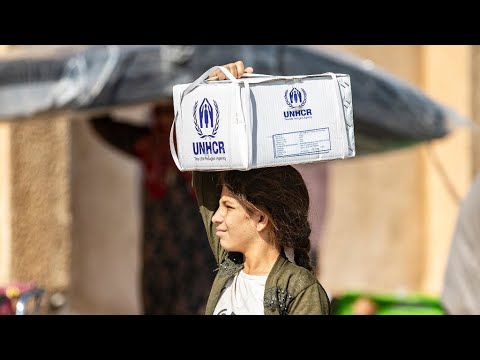 Ann Arbor (Special to Informed Comment) – In the Ma`aret Misrin camp near Idlib, 45-year-old father of 10 Nasr Sultan recently told AFP that with the recent imminent halt of food supplies to the camp, his children will be at the mercy of famine. Mike Robson, the UN Food and Agriculture Organization’s Syrian representative, separately commented that there is evidence that for the first time in the decade-long civil war, people living far from the front are having to strategically cut meals to survive.

Other locally grown foods, such as citrus, are now out of reach for the salaries of “middle-class” civil servants. The US predictably responded to this crisis by doing its utmost to prolong it, especially through the new bipartisan “Caesar Act,” which permits new, wideranging economic sanctions on Syria, and which will likely have consequences comparable to a lit match being thrown onto a mixture of gasoline and dry grass.

The Syrian government is reporting a shortfall of over a million tonnes of wheat this year, with its state press—clearly worried about consumer panic—frantically attempting to project an image that it remains in control, and that it can even push its exports if it needs to. But the situation is dire, and Syria—normally a cereal exporter, in dramatic contrast to Jordan, Israel, and Lebanon—is looking as though it may have to dramatically scale back distribution of wheat.

Sanctions are rarely effective tools at accomplishing their stated task. In 1990s Iraq and North Korea, sanctions were used as a propaganda tool to shore up support for the existing regimes. Indeed, Syrian Foreign Minister Walid al-Moallem promptly used the Caesar Act as a crude propaganda tool, saying that the new Trump administration sanctions the act enables will lead to widespread starvation in Syria.

The Caesar sanctions punish third parties that deal with the Syrian state. As Basma Alloush and Alex Simon argue, critics of the act fear it will harm ordinary Syrians by discouraging investment in the country, the return of wealthy expatriates, and the rebuilding of infrastructure, including water, sewage, and schools. On the other hand, the principle that Syrian officials guilty of torture and war crimes should be sanctioned finds support among many expatriate Syrians.

At the same time, there is a popular tendency to blame Syrians for their own impending famine. This is the line taken by, for example, the Turkish government, which (backed by the European Union) is doing its utmost to prevent Syrians from fleeing across the border.

But make no mistake: when the Syrian famine arrives, it will have been due to Caesar.

In 1798, Malthus argued that global population growth would naturally outstrip food production, causing famine as the poor multiplied faster than they could feed themselves. His thesis was happily adopted as commonsensical by most political economists of his day—if there was a famine, they reasoned, it was not because the market had failed, but rather because the poor were lazy and bred like rabbits.

Economists today have come a long way from Malthus—we now know that famines caused by population growth are simply not a factor in modern economies, and attempts to blame poverty and famine on population size are misguided and tinged with barely-disguised hatred.

And yet, famines in modern economies occur all the time. British-ruled India, full of rich agricultural land, was rife with famines; our records of devastating famines become more frequent after the British replaced East India Company rule with direct rule, but it is likely that the Company was responsible for triggering small-scale famines before direct rule.

Ottoman Syria was the site of another preventable famine in the 1910s, caused when naval blockades, grain requisitioning, the actions of local notables, and a badly timed plague of locusts coincided to result in the deaths of (among others) nearly half of the population of Mount Lebanon. And, of course, there is the story of the Irish famine, which historians are now confident was the result of London encouraging the spread of a potato monoculture in increasingly restricted smallholdings, then refusing to cut duties when a potato blight caused grain import prices in Ireland to swell.

None of this happened because too many people were born. Indeed, as historian and sociologist Mike Davis writes in Late Victorian Holocausts, food production in India increased more than threefold in the first twenty-five years of direct British government rule after 1858.

It also did not happen because these economies were primitive. As economic historians have been arguing for decades, the spread of cotton production in British India to supply Britain had devastating effects on Indians. The “modernization” of the colonial Indian economy placed enormous strain on the local market—so much that it could not respond to small hiccups in the weather without killing millions.

Economist and Nobel laureate Amartya Sen has said that there is no reason for famines to exist in democracies. If, he argued, the British had opened their well-stocked rice stores in Bengal in 1943, the famine of that year could have been avoided. Syria is in a somewhat different position to British India; its supply lines are in poor shape and it is governed by a failed state rather than a powerful empire. But the Caesar Act is Syria’s equivalent to closing the Bengali rice stores.