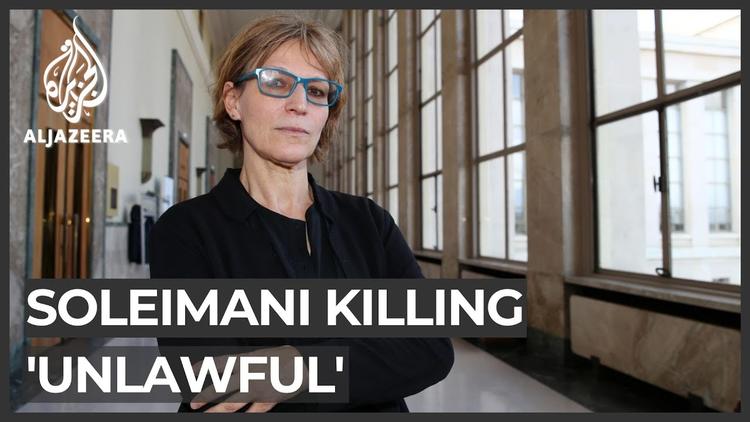 He’s failed on COVID-19 and the economy is tanking. Could a military adventure in Afghanistan, Iran or North Korea be coming soon?

( OpenDemocracy.net) – With the US presidential election less than four months away, Donald Trump trails Joe Biden in the polls by a substantial margin. His strategy as his ratings decline has been to concentrate on his core vote, which amounts to a little more than 30% of the population together, and another 10% that is less assured. The task now is to harden support from that 10% and also to extend it towards a majority, an expanding economy being essential for that.

Hence much of the motivation around ending lockdown has been to counter the multitude of economic impacts of the COVID-19 pandemic. New cases surging to over 65,000 a day has really knocked back this key aim.

So far, Trump’s response has been increasingly strident speeches and tweets that may well appeal to that core 30% but will be much less effective with the flakier supporters he desperately needs. If anything, opposition to his presidency is hardening.

One obvious way forward is to look for international threats that require a strong presidential response, preferably a small war in a far-off place, and this may well be a choice in the run-up to the election. There are three main candidates for the theatre of action: Afghanistan, North Korea and Iran. All, though, are problematic in different ways.

In Afghanistan, the clear plan until a few months ago was to conclude a peace deal with the Taliban and ‘bring our boys back’, or at least most of them, before the election. It would fulfil a 2016 promise and would be popular with his supporters, but there are two difficulties.

One is that the Taliban are already stepping up their attacks on government forces and, even by November, they will have chalked up plenty of wins. Biden will therefore be able to present the removal of troops not as a success but as an ignominious retreat.

The other problem for Trump is the current furore over claims that Russian agents have offered bounties to Afghan paramilitaries to kill US troops. Whatever the truth of the accusations, they are difficult for Trump because of his many links with Russia.

So, as things stand, he is unlikely to focus electioneering on Afghanistan, leaving him with Iran and North Korea.

Just over a week ago, a large new structure at Iran’s nuclear plant at Natanz was somehow badly damaged. Israeli and US sources hinted that this was a new facility for producing advanced gas centrifuges for Iran’s nuclear programme. Iranian sources claimed it was a fire, but satellite data points to an explosion.

Furthermore, it followed a large explosion that lit up the night sky a few days earlier at a missile production plant at Parchin near Tehran.

These may have been unhappy coincidences, although Iranian government sources have now admitted that the Natanz incident will affect its nuclear programme. There is considerable speculation that, if these were not accidents, foreign elements are at work, possibly through cyberattacks, sabotage or even stealthy cruise missiles. The finger points at Israel, with or without US involvement.

Benjamin Netanyahu certainly has an interest in engineering a US-Iran confrontation. There are several reasons for that, but helping Trump’s popularity in the US is certainly one of them. If Trump, his key ally, loses in November, Biden might come in aiming to revitalise the international nuclear deal that Trump ditched two years ago. Iran is therefore certainly a candidate for an engineered pre-election crisis.

As to North Korea, the Kim Jong-un regime appears to be already in considerable difficulties thanks to the COVID-19 pandemic. The regime had no option but to close the border with China in January, being woefully unprepared to handle a pandemic, but the economic impact has been dire. International sanctions had already made the regime highly dependent on China for trade, tourism and income from North Koreans working there, so it was a desperate measure.

In these circumstance, Kim has few cards to play other than his nuclear missiles. Back in 2016 Trump pledged that he would never let North Korea develop the ability to launch intercontinental ballistic missiles powerful another to threaten the continental US with a nuclear strike. Yet in the past three years the Pyongyang regime has quietly continued its nuclear and missile programmes to the point that a single ICBM test would be enough to threaten just that.

To do that in an attempt to reopen negotiations with Washington would be hugely risky, but Kim might just take that risk. It could backfire, though, and turn out to be a gift for Trump, giving him a huge if deeply unstable diversion right in the middle of an election. US-Iranian relations may be a source of diplomatic concern in western Europe, but North Korea is the one issue that, we can be sure, is already worrying officials in many capital cities.

Paul Rogers is professor in the department of peace studies at Bradford University, northern England. He is openDemocracy’s international security adviser, and has been writing a weekly column on global security since 28 September 2001; he also writes a monthly briefing for the Oxford Research Group. His latest book is ‘Irregular War: ISIS and the New Threat from the Margins’ (IB Tauris, 2016), which follows ‘Why We’re Losing the War on Terror’ (Polity, 2007), and ‘Losing Control: Global Security in the 21st Century’ (Pluto Press, 3rd edition, 2010). He is on Twitter at: @ProfPRogers