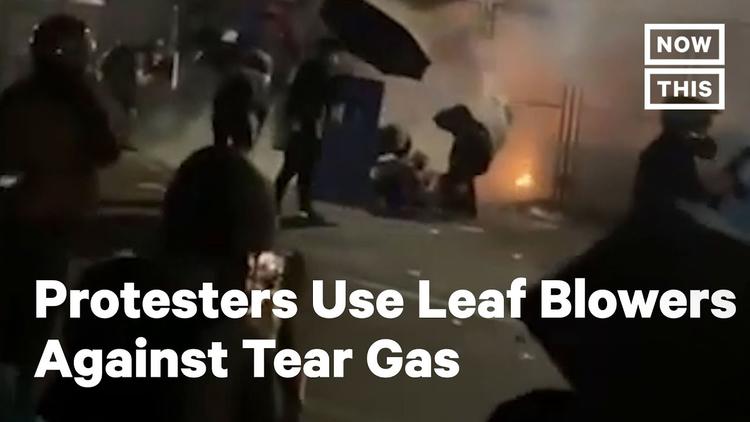 The police killings of Breonna Taylor and George Floyd have galvanized anti-racism protests throughout the United States, Canada and elsewhere. As a result, lawmakers have made pledges to divest from police and school districts have cut ties with law enforcement. The organizing of the Black Lives Matter (BLM) movement and their provocative protest tactics have played a significant role in this shifting public discourse.

BLM has been resisting dominant narratives in new ways. The movement amplifies knowledge and counter-discourses that affirm the identities and needs of Black communities. The BLM movement can be seen as a “subaltern counterpublic,” defined by critical theorist Nancy Fraser as a space dedicated to centring marginalized voices.

The dominant public often expects marginalized groups to use persuasion to educate them about their grievances. However, some have argued that persuasion alone cannot facilitate substantive systemic change. Dominant society will generally tolerate only those transformations in public discourse that leave distributions of power and privilege untouched. For instance, white Americans may support calls for incremental police reform, but once activists utter the phrase “abolish the police,” the discourse is deemed too radical.

Counterpublics, like BLM, have successfully cultivated their power and drawn attention to their messaging by forcing their narratives onto the public.

Contemporary news tends to delegitimize the demands of activists by focusing their coverage on the spectacle and violence of protests. The BLM movement is aware of this media bias, and the limits of respectability politics and they challenge this status quo. They refuse to placate the public and policy-makers through politeness. They know agitation and a rejection of “appropriate decorum” norms is needed to confront existing racial inequities.

The scale and multiracial nature of recent BLM protests suggest that the BLM tactics of agitation have made it difficult for the dominant society to continue to look away.

One such tactic, frequently depicted in news images, is the idea of BLM protesters unflinchingly staring into the eyes of police. This daring “look back” exemplifies a refusal to submit passively to police intimidation. Visual culture theorist Nicholas Mirzoeff describes this as looking at police to “see what there is to see, to be vulnerable, but not be traumatized.” This persistent looking carries symbolic power considering that making eye contact with police has historically posed a lethal threat to Black people.

Another tactic that subverts the police gaze is the performance art piece “Mirror Casket” created by a collective of BLM organizers and artists in 2014. Its aim is to evoke empathy for the Black victims of police killings. Activists carried a casket covered with cracked mirrors from the site of Michael Brown’s killing to the police department in Ferguson, Mo. The police were forced to look back at themselves and see what systemic terror looks like for Black communities.

Philosopher George Yancy proposes a Black counter-gaze that centres on Black lived experiences and sees beyond the supposed invisibility of whiteness. This counter–gaze challenges the cultural norms and practices that make whiteness appear natural, normal and right. The performance of a Black counter-gaze in “Mirror Casket” gives back the problem of racism to police and others who inhabit whiteness to fix.

While BLM’s tactics differ from those of the Civil Rights era, their work is still deeply informed by that struggle. BLM co-founder Patrisse Cullors points out how activists like the late John Lewis disrupted the status quo. When Lewis and 600 protesters marched across the Edmund Pettus Bridge in 1965, they were confronted by police brutality meant to deter Black people from fighting for freedom.

Historian Carol Anderson explains how Black activists of the Civil Rights era used respectability as a tactic. Lawmakers as well as the general public had their conscience shocked after seeing televised images of police brutality against Black protesters. Black activists wielded a quiet intensity in their tactics. They subtly smiled for their police mugshots and calmly read books at white-only lunch counters as a refusal to submit to dehumanization.

Philosopher Michel de Certeau conceived of a “tactic” as a way to construct a space of agency in opposition to institutional power. He proposed the notion of “making do” to explain how marginalized groups deploy everyday small acts of resistance using whatever tactical materials they have access to.

BLM protesters launch their tactics to reclaim a sense of agency within physical sites of oppression.

A stunning example of tactical resistance is the continued defacement of the Robert E. Lee Confederate monument in Richmond, Va. A multicoloured blanket of graffiti undermines the hegemonic white power conveyed by the monument. Additionally, Black boys set up a makeshift basketball court in front of Lee. Black ballerinas repurposed the monument as a stage for them to dance while giving raised Black power fists. These small but potent gestures of resistance strip the monument of its ability to intimidate Black people.

Sound also has potential for agency. The concept of acoustical agency describes the phenomenon of people using their own sounds and noises to actively resist everyday oppressive soundscapes rather than merely acting as passive listeners. The chant, “Hands up, don’t shoot!” is a familiar part of BLM protests. Acoustical agency is a fruitful concept to explain how protesters use more covert sound-making tools to “speak back” to police surveillance and sonic weapons like the LRAD (Long-Range Acoustic Device).

The Chicago police radio system was jammed numerous times by hackers who interrupted dispatch calls about rioters with recordings of the 1988 protest song “Fuck tha police” by rap group N.W.A. Some may view this tactic of sonic disobedience as a childish prank, but we should instead listen to it as a reclamation of acoustical agency.

How do such protest tactics contribute to systemic change? Critical race scholar Yasmin Jiwani argues that “tactical interventions offer us pedagogies of hope in that, through time and sustained exposure, they might grind down the fortifications of the systems of domination.” The images of the graffiti-covered Confederate monument and recordings of the police radio hacks were circulated on social media. When these tactics infiltrate mainstream discourse, the public becomes, at least temporarily, unsettled from their complacency.

The unsettling of the public discourse is critical considering documented cases of free speech suppression such as protesters being brutalized by police and arrested by federal agents in unmarked vans.

Unfortunately, we are simultaneously witnessing a backlash from conservative and libertarian public figures against the “illiberal left’s” supposed stifling of free speech. This backlash works to maintain the status quo by distracting the public’s attention away from the risks protesters are taking to fight for Black liberation.

The Black Lives Matter movement is pragmatic in its methods of disrupting the status quo. It knows that spectacular tactics like mass protests and defacing racist monuments work in parallel with strategies for demanding legislative changes, police divestment and reparations. Over time, these diverse methods coalesce into powerful forces that push back against white supremacist power structures.